Synopsis: Metro-Goldwyn-Mayer Pictures presents director Eli Roth’s reimagining of the classic 1974 revenge thriller Death Wish. Dr. Paul Kersey (Bruce Willis) is a surgeon who only sees the aftermath of Chicago violence as it’s rushed into his ER until his wife (Elisabeth Shue) and college-age daughter (Camila Morrone) are viciously attacked in their suburban home. With the police overloaded with crimes, Paul, burning for revenge, hunts for his family’s assailants to deliver justice. As the anonymous slayings of criminals grabs the media’s attention, the city wonders if this deadly avenger is a guardian angel…or a grim reaper. Watch how fury and fate collide in the intense, action-thriller - Death Wish.

Action heroes do not stay young forever, and that rings extra true in this remake of the 1974 movie of the same name based on Brian Garfield's 1972 novel. At 62, Bruce Willis has seen better days by playing the macho character in Pulp Fiction (1994), The Fifth Element (1997) and Armageddon (1998). Unfortunately, his recent attempts in Marauders (2015) and Once Upon a Time in Venice (2017) haven’t been well received by critics.

Looks like things aren’t going to change much with his latest project directed by Eli Roth (Knock Knock).

Willis plays an emergency doctor who has to go through the pain of seeing his wife and daughter sent to ER – unconscious and drenched in blood, no thanks to a group of violent assailants. It seems like the local cops have no time to hunt down the bad guys, so it’s up to the anti hero to avenge his loved ones. As the revenge plan develops, things get out of hand and cross the moral boundary. Viewers are left to wonder whether it is alright to take things into your own hands when the law isn’t able to deliver justice.

On paper, this sounds like a gritty thriller where an everyday man becomes a guardian angel and guns down supposed villains in the society. Copycats are bound to surface, and chaos reign. With Roth helming the flick, you wish you’d get the same amount of guilty pleasure as Cabin Fever (2002) and Hostel (2005). What you get instead is a serviceable movie that will, unfortunately, be forgotten years down the road. With the many public shootings that have been saturating the media, this movie also comes off as somewhat distasteful with its trigger happy protagonist. One wonders whether the movie would have been better received if it was released when violence isn’t so rampant.

Willis looks visibility fatigued as the movie’s leading man. While it may be a deliberate attempt to portray the character’s weariness, it bogs down the movie and leaves viewers in the cold. Vincent D'Onofrio (CHiPs), who plays Willis’s younger brother do not have much to work with. Elsewhere, the usually reliable Elisabeth Shue (Battle of the Sexes) is reduced to a one dimensional character who has very limited screen time. There are also uninteresting supporting characters like a pair of boring detectives, a stereotyped group of villains and a teenage daughter who has her future destroyed because of the unfortunate incidents.

Running at 107 minutes, there are many deafening gun shootouts with a generous amount of blood spilt. While we understand that this is a remake of a revenge flick, these sequences may leave some viewers squirming in awkwardness. The reality of things seems too close for comfort. At the end of it all, there is no proper closure and you wonder whether it is alright for a vigilante to take the law into his own hands.

(This serviceable revenge thriller is more of a "Yippie Ki Boo") 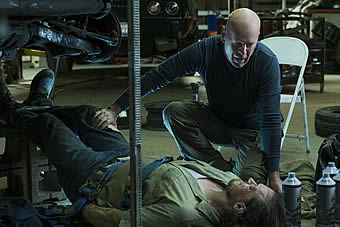 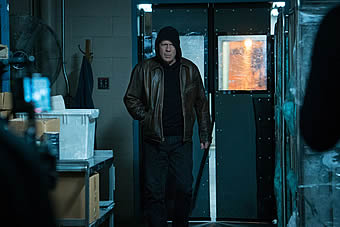 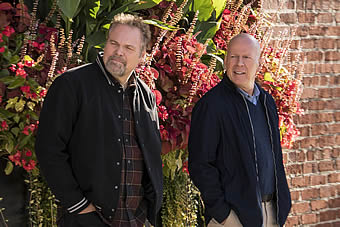 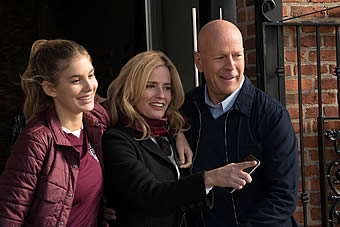