Synopsis: Steve Ford (Bruce Willis) is a down but not out L.A based Private Investigator whose professional and personal worlds collide after his loving pet Buddy is stolen by a notorious gang. A series of crazy circumstances find him doing the gang's bidding, while being chased by two vengeful Samoan brothers, a loan shark's goons, and a few other shady characters. They say a dog is a man's best friend, and Steve shows how far a man will go to be reunited with him.

Not since the last ‘Die Hard’ instalment back in 2013 has Bruce Willis toplined a movie (we’re obviously not counting here the numerous supporting roles, that are honestly no better than cameos, in direct-to-video duds like ‘The Prince’, ‘Vice’ and ‘Marauders’) and how much you like ‘Once Upon A Time in Venice’ depends on how much you miss and love hanging out with the dude. Oh yes, as much as it bills itself as an action comedy, this shaggy-dog tale of a former – read disgraced – LAPD detective Steve Ford who has reinvented himself as a Venice Beach private eye is really an excuse to chill out with a laid-back Willis. That is the reason we figure why sibling writer-directors Mark and Robb Cullen have managed to assemble quite the ensemble cast here, including Jason ‘Aquaman’ Mamoa, John Goodman, Thomas ‘Silicon Valley’ Middleditch, Famke ‘Species’ Janssen, Adam Goldberg, and blink-and-you’ll-miss appearances by Kal Penn, Christopher MacDonald and David Arquette.

Comparisons with the Coens’ ‘The Big Lebowski’ (given in particular Goodman’s presence as well as the Venice Beach setting) and Robert Altman’s ‘The Long Goodbye’ are inevitable but also misguided. At no point do the Cullens harbour any intention of emulating these cult classics, content instead on no more than an amiable time spent in the company of Willis and a bunch of other colourful characters that would fit in perfectly with L.A.’s funky beach community: Goodman is depressed surf-shop owner Dave Jones; Mamoa is bandana-ed gangbanger Spyder; Goldberg is real-estate agent ‘Lou the Jew’; Tyga is graffiti artist Salvatore Lopez, nicknamed the ‘Banksy of Venice’; ‘Borat’ sidekick Ken Davitian is Russian loan-shark Yuri; and we haven’t yet gotten to the pair of angry Samoan brothers and their beautiful sister, a scheming gang-girl named ‘Lupe the Bitch’, or the posse of transgender prostitutes plying their business at the Hollywood Premiere Motel. Besides Ford and Dave, the rest pop up only now and then in various subplots that are at best loosely connected to one another, but each of these characters are at least idiosyncratic enough for you to remember who they are.

Tying these narrative threads together is Ford’s beloved Jack Russell terrier Buddy, who is kidnapped one day from his sister’s (Janssen) place by two bummers and gifted to Spyder. At first, Spyder asks for four grand for Buddy’s return, intended as compensation for wrecking the former’s garage and stealing his car earlier, which Ford did as a favour to pizza parlor employee Tino (Adrian Martinez); but by the time Ford returns to Spyder’s place after borrowing the cash from Yuri, Spyder’s girlfriend Lupe has made off with Spyder’s coke as well as Buddy, so Spyder cuts a deal with Ford to let him keep Buddy if he can locate Lupe and return his coke. Besides locating Lupe, Ford is also working on a case for Lou, who’s hired him to find the person responsible for lewd graffiti being left on his condo exteriors. As things start to heat up, Ford finds an unlikely partner in his best friend Dave, whose life gains newfound purpose following the loss of his shop and house to his ex-wife by throwing himself into life-and-death situations with gleeful abandon.

Truth be told, there is really not much of a mystery here – it doesn’t take a genius to guess that Lupe has some inside help from within Spyder’s ‘homies’, or that Lou’s condos are deliberately being targeted to thwart his upcoming business deal with some Chinese investors looking to buy over the properties. Except for a brief shootout at the end, there is not even much action to speak of – unless you count an extended sequence of Willis skateboarding naked down the streets of Venice at night or his brief chase by a group of transgender prostitutes after breaking and entering into one of the rooms at the motel they favour. And if you’re expecting some witty repartee, well just let’s say there aren’t many of these as well – in part because the actors involved aren’t that practised at improvisation and  in another because the Cullens’ script is too comfortable trading in stereotypes – so much so that the funniest thing anyone utters in the movie is ‘never f**k with a man’s dog’ (though arguably that doesn’t even come close to ‘yippee ki-yay, mother**ker’).

All these faults have been justifiably pointed out by other commentators, and yet this throwback to noir comedies of the 90s isn’t nearly as dismal as many have pronounced it to be. Willis still has plenty of goofy charm to spare, and the one-two combo of Willis and Goodman in the last third is a joy to watch. Like we said at the start, if you just like to hang out with the ever-affable Willis, then you won’t go wrong with this similarly laid-back comedy. It’s a collection of many disparate parts that don’t necessarily cohere neatly into a whole, but there are scruffy laughs to be had here and there, the sun-bleaches locales are nicely filmed by Michael Bay’s go-to cinematographer Amir Mokri, and the soundtrack has a nice Pulp Fiction-vibe. If that sounds good enough to you, then you might just enjoy your time in Venice Beach with Willis, Goodman and Mamoa et al.

(There is scruffy, laid-back charm in this loosely plotted noir comedy stuffed with colourful characters, especially if you've been a fan of the ever-affable Bruce Willis) 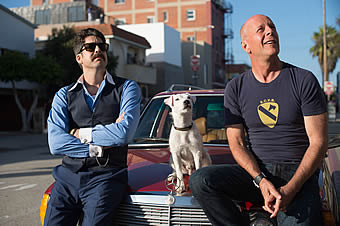 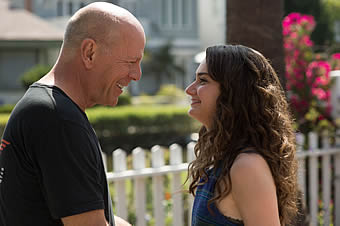 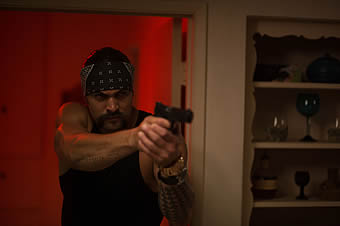 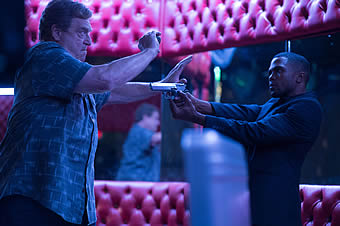