Synopsis: “Doctor Strange” follows the story of neurosurgeon Doctor Stephen Strange who, after a horrific car accident, discovers the hidden world of magic and alternate dimensions.

Perhaps it is this writer’s lack of knowledge on Marvel, but compared to the other groups of superheroes created by the American comic book publisher, such as the Avengers, X-Men or even the Fantastic Four, Dr Strange honestly draws a blank. That said, with the current proliferation of formulaic superhero movies, this unfamiliarity might have actually help the latest movie from the Marvel Cinematic Universe, *Dr Strange*.

For the non-Marvel comics’ readers, Dr Stephen Strange (Benedict Cumberbatch) was a real doctor – a neurosurgeon – before getting into a horrific car accident that destroyed his hands and effectively ended his career. Unable to accept this result, Strange exhausted his resources trying to regain full control of his hands and in the process, alienated the only person who still cared for him, ex-lover Dr Christine Palmer (Rachel McAdams). As a last resort, Strange journeyed to Nepal to find a cure at the Kamar-Taj, met the Ancient One (Tilda Swinton), started to practice the mystic arts, and in the process, somehow did not regain full functionality of his hands.

Just like how *Deadpool* was a breath of fresh air compared to the Avengers and X-Men series, Dr Strange was a departure from the angst-filled drama of its more established counterparts. Instead, the movie showcased its free-spirited 1960s origins, bringing to mind the trippy LSD-taking, orient-obsessed, self-proclaimed mystic bohemian vibe stereotypical of that era. This was put on full display when Strange first arrived at Kamar-Taj, and was forced on a rollercoaster ride through dimensions, galaxies and worlds. There is only that much of psychedelic-ness one can take before getting turned off by the kitsch, and the movie thankfully pushes that boundary but does not go pass it. On the other hand, what really made the 3D effect pop was, in my opinion, the fight scenes where the characters manipulate buildings and structures, bringing to mind the dreamscapes from *Inception* but with prettier, more symmetrical set design. If this is not your thing, perhaps just skip the 3D option.

As for the protagonist, Stephen Strange also fits nicely between the crass and never-serious Deadpool, and the overly stoic and tortured Captain America. Despite all his failings – selfishness, arrogance and stubbornness – Strange never quite felt like the high-performing genius and jerk he actually was. Kudos to Cumberbatch for that, who perhaps had more enough practice for the role while playing other socially awkward but brilliant people (Stephen Hawking and Sherlock Holmes in TV series *Hawking* and *Sherlock*, and Alan Turing from *the Imitation Game)*. As Strange gets increasingly proficient in the mystic arts, his character does change to someone more compassionate and open-minded, but never losing his snark, as evidenced by how he saved the day. This consistency probably contributed to the character’s likeability, and was the most real/ convincing thing that would happen in a superhero movie.

With the movie’s overwhelming focus on Strange, the other characters were relegated as Strange’s sidekicks and support team. McAdam’s Dr Christine Palmer made use of what little screen time she had to aid and heal Strange, although McAdams could probably do nothing and still be likeable; Chiwetel Ejiofor’s Mordo was the good-natured and straight-laced teaching assistant, whose rigid personality probably made him the most disillusioned by the Ancient One’s doings; and for all the cries of whitewashing, Swinton does an admirable job playing the mystical and otherworldly Ancient One.

For the Marvel fans – this review would probably not change your mind on this movie. So for the non-Marvel fans out there (like me), the movie was an entertaining departure from the other superhero movies throughout the year, and worth the watch – even if it is to tide you *Sherlock* fans over until next year.

(Watch it for the symmetrically bent buildings, Benedict Cumberbatch being charming, and a drug-free experience of LSD) 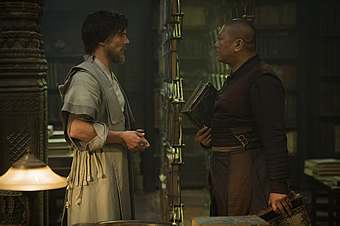 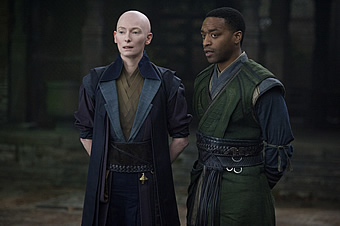 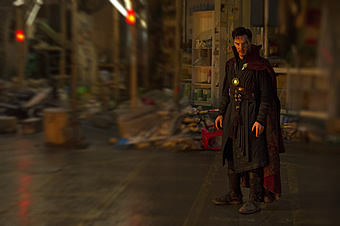