Synopsis: After the cataclysmic events in New York with The Avengers, Marvel's 'Captain America: The Winter Soldier' finds Steve Rogers, aka Captain America, living quietly in Washington, D.C. and trying to adjust to the modern world. But when a S.H.I.E.L.D. colleague comes under attack, Steve becomes embroiled in a web of intrigue that threatens to put the world at risk. Joining forces with the Black Widow, Captain America struggles to expose the ever-widening conspiracy while fighting off professional assassins sent to silence him at every turn. When the full scope of the villainous plot is revealed, Captain America and the Black Widow enlist the help of a new ally, the Falcon. However, they soon find themselves up against an unexpected and formidable enemy-the Winter Soldier.

Compared to his Marvel stablemates Tony Stark/ Iron Man and Thor, Captain America was always on the surface a duller superhero, devoid of the personality that drives our iron-clad man in a suit or the sibling rivalry that afflicts our hammer-wielding Norse god. Put it simply, Captain Steve Rogers was as straightforward a hero as you could get - there was little that was complicated about his retro red-white-and-blue patriotism, nor for that matter his stout-hearted courage and sweet sincere decency.

Joe Johnston’s origin story ‘Captain America: The First Avenger’ played smartly to these traits, emphasising the uncomplicated heroism of our square-jawed strapping spandexed protagonist as he fought against a band of power-mad Nazis known as Hydra at the height of World War II. Contrast that to the modern-day setting of this sequel from returning writers Christopher Markus and Stephen McFeely, and you’ll see why it’s an entirely different kind of film altogether. Yes, this is a film built on Captain America’s anachronism, one that emphasises just how out of place his old fashioned virtues seem to be against the realities of this modern age.

It isn’t quite the fact that Steve doesn’t have much a social life yet, which is the reason why his fellow SHIELD operative Natasha Romanoff or Black Widow (Scarlett Johansson) is constantly suggesting cute girls they know whom he could ask out; it isn’t even the pop-culture of Steve Jobs, Marvin Gaye and Star Wars/Trek that he needs to catch up on. Rather, Steve’s real displacement lies in his beliefs and values about authority and control. Indeed, when he learns from SHIELD director Nick Fury (Samuel L. Jackson) about the organisation’s plans to develop a new fleet of massive helicarriers whose long-range weaponry can neutralize threats from way up in the atmosphere, he chillingly opines “This isn’t freedom. This is fear”.

If that fusion of mass surveillance and drone warfare seems to bear some form of real-world relevance, know that it is entirely deliberate. The past few Marvel movies have built SHIELD into an almighty organisation at the reins of a security council with no democratic oversight, tasked with the mission of protecting the peoples of the world against threats of a superhuman nature at all costs. And so, it is only befitting that the entire enterprise is now called into question, as Nick begins to suspect that there are much more sinister forces at work within SHIELD that may or may not have to do with his boss Alexander Pierce (played by none other than Hollywood legend Robert Redford).

Now Redford isn’t the kind of actor who would readily take up such a role in a blockbuster franchise, so there must have been something which he saw in this that went beyond just another superhero action movie. As it turns out, he was right. Taking over the directorial reins from Johnston, co-directors Joe and Anthony Russo (best known for their work on TV’s ‘Community’ and ‘Arrested Development’) pack their film with elements straight out of a 1970s conspiracy thriller, complete with Redford playing a familiar liberal crusader type that is slowly and surely turned entirely on its head.

To reveal anything more about the similarities between SHIELD and Hydra would be spoiling the satisfaction you’ll get discovering their parallels, but suffice to say that it all points back to the Nazi organisation which Steve had thought was quashed by the end of the last movie. The relation between the two also explains the identity of his titular nemesis The Winter Soldier, whom Marvel fans will know is in fact the reincarnation of Steve’s closest wartime buddy Bucky Barnes (Sebastian Stan) and whose inevitable confrontations with Steve acquire some unexpected poignancy in the busy action-packed finale.

Lest it may seem that the geopolitical commentary has overshadowed the meat and potatoes of a Marvel product, we can reassure you that Joe and Anthony Russo can handle big-scale action sequences just as deftly. The opening mission in which Captain America leads an elite strike team to liberate a supposed SHIELD boat seized by pirates is stunning to say the least, as our hero turns out to be a lean mean fighting machine in addition to his superhuman strength, going at his opponents in never seen before bone-crunching goodness. A thrilling vehicular chase sequence involving Colonel Fury further confirms that the Russos’ penchant for shooting action in handheld for maximum gritty realism - and even though there is plenty of intrigue within the yarn, the action is pretty much relentless as well, with more than enough spectacle for good popcorn entertainment.

His third time in the role, Chris Evans proves to be more and more an absolute fit for the character. More so than before, Evans’ disillusionment adds shades of complexity to what used to be simply a straight-up hero, notwithstanding the fact that his good looks and winning appeal are still more than enough to win over the female members of his audience. Johansson is an excellent foil to Evans, her sass and cynicism in nice complement to Evans’ (perhaps naive) positivity. They make a great pair, and you’ll quickly find yourself rooting for them to be a couple. In supporting parts, Anthony Mackie turns up now and then as a paratrooper veteran Steve turns to for assistance; but there is no doubt the scene-stealer here is Redford, who brings understated menace to a whole new level.

And so, instead of being content as a straightforward sequel, ‘Captain America: The Winter Soldier’ takes the franchise and even the entire Marvel universe in a wholly different direction. There is still good and bad, heroes and villains, but what is clearer here is that the best of intentions could manifest itself as quite something else altogether. This is a film that isn’t afraid to trade in ambiguities, to call into question modern-day geopolitical realities, and to challenge why old-world virtues might still have their place today. Action, intrigue, humour and even as political commentary, this sequel packs it all and is quite simply one of the best Marvel films to date.

(Rich in conspiracy and brimming with gripping action, this sequel takes the franchise - and the entire Marvel universe - in an exciting new direction)

CAPTAIN AMERICA: THE FIRST AVENGER (2011)
Back 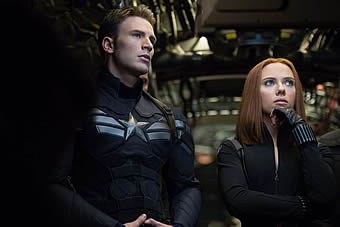 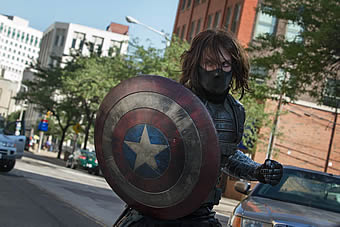 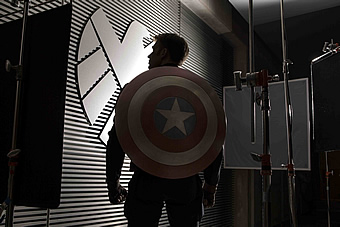 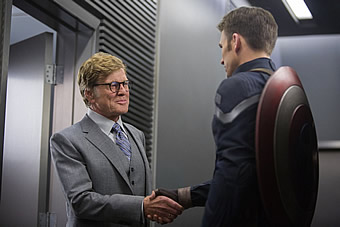 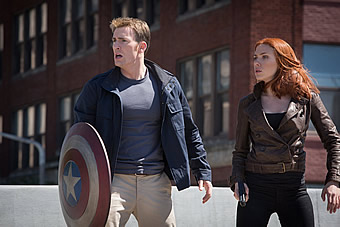 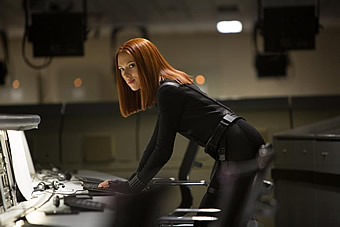