Synopsis: CRISIS, the second feature film from Nicholas Jarecki (writer/director of the critically acclaimed Arbitrage) takes an uncompromising look at the opioid crisis through three parallel stories inspired by real life events. A taut and alluring thriller, the tension-filled CRISIS puts a human face on the epidemic which has claimed hundreds of thousands of lives worldwide and continues to rage out of control. Caught in the crisis are: Dr. Tyrone Brower (Gary Oldman), a university professor who battles unexpected revelations about his research employer, a major pharmaceutical company bringing a new “non-addictive” painkiller to market; Jake Kelly (Armie Hammer), an undercover DEA agent who attempts to infiltrate an international Fentanyl smuggling operation; and Claire Reimann (Evangeline Lilly), an architect recovering from an Oxycodone addiction who tracks down the truth behind her son’s involvement with narcotics. Together, their worlds combine to illuminate the landscape of an international health crisis touching every corner of society in a story of professional integrity, moral ambiguity, and love and revenge.

It’s not hard to understand why writer-director Nicholas Jarecki’s latest film about the opioid epidemic has been compared to Steven Soderbergh’s ‘Traffic’. Like the latter, ‘Crisis’ applies a multiple-narrative structure to dissect its subject, each storyline specifically chosen to portray how opioids have impacted the lives of different individuals at various levels of society.

First, there’s the foul-mouthed DEA agent Jake Kelly (Armie Hammer), who is orchestrating a fentanyl sting to bring down both the Armenian-American and Canadian cartels in Montreal smuggling drugs across the US-Canadian border. Then there’s the grieving mother Claire Reimann (Evangeline Lilly), a recovering oxycodone addict who is looking for closure after the sudden death of her teenage son. And last but not least, there’s the university professor Dr Tyrone Brower (Gary Oldman), whose latest research on a soon-to-market designer opioid places him in a collision course with the very Big Pharma company funding his research.

On their own, none of these stories would be compelling enough. Whether due to Hammer’s one-note sullen performance or Jarecki’s writing, it is never clear what drives Jake to be so dogged in his mission – while the plotting suggests that it is because his sister (Lily-Rose Depp) is an addict, their relationship is hardly fleshed out enough to lend it sufficient depth or poignancy. Lilly fares better with her character that is driven by grief to become avenger, but Jarecki’s treatment of her transformation into Dirty Harry territory strains credulity.

Perhaps not surprisingly, it is Oldman, who executive produces the movie, that stands out with the movie’s most convincing character. Starting out as an ethical decision, Oldman’s Dr Brower is caught off guard grappling with the fallout of not staying quiet on the explosive results of his lab research – not only is he stripped of his tenure at the university where he lectures, he is also discredited by the university’s board and in the news for past indiscretions of alcoholism and sexual harassment.

Yet as persuasive as he is, not even Oldman can disguise the undeniable artifice in the construction of these storylines. It takes a significant suspension of disbelief to buy into the premise that after years of development, it is only until Dr Brower’s lab experiment that it is found that the purported drug is three times as addictive as Oxycotin and kills lab mice in 10 days. Just as strange is how easily Claire traces down the head of the Canadian cartel called ‘Mother’, when it had taken a whole police force on both sides of the border just to think through how to bring the fight to them.

And that is why despite the similarities, ‘Crisis’ pales in comparison to ‘Traffic’. Whereas Soderbergh kept the proceedings gritty and realistic, Jarecki fails to do the same, oversimplifying a complex subject and painting it in artificial broad strokes which fail to do justice to its reality. To be sure, it maintains enough momentum to sustain itself throughout its two-hour runtime, but it is a lumpy and never entirely persuasive blend of three largely separate, sometimes interlinked, stories that short-changes viewers looking for a more incisive treatment.

Compared to Jarecki’s acclaimed debut ‘Arbitrage’, this follow-up is a substantively less consequential entry which is also worse off because of the comparisons it inspires. It is certainly watchable, but it doesn’t shed much light to the scope of the crisis, or for that matter, its finer intricacies. There is a genuine emergency out there of people using, abusing and expiring from opioids, an emergency whose tendrils extend from corporations to criminals to the common people. That ‘Crisis’ doesn’t leave you with any thought-provoking cogitations underscores its shortcomings, so despite being well-intentioned, it falls somewhat short of trying to expose the sobering costs of the opioid crisis while being a satisfying thriller.

(Employing the same multiple-narrative structure as 'Traffic', 'Crisis' falls short of being compelling, incisive or thought-provoking) 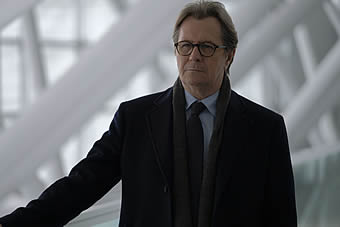 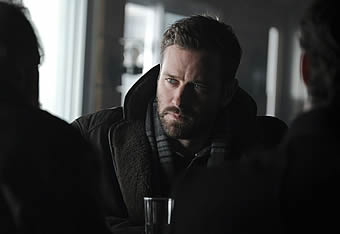 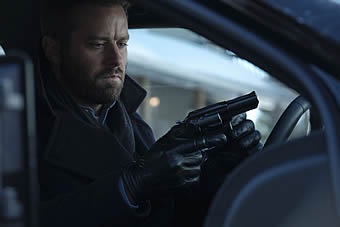 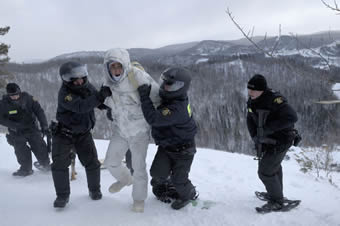 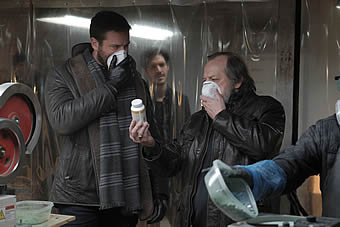