Synopsis:  Nicholas Jarecki makes an auspicious directorial debut with this taut and alluring suspense thriller about love, loyalty, and high finance. Arbitrage—buying low and selling high—depends on a person’s ability to determine the true value of any given market. It’s a talent that has made billionaire hedge fund magnate Robert Miller the very portrait of success in American business. But on the eve of his sixtieth birthday, Miller finds himself desperately trying to sell his trading empire to a major bank before the extent of his fraud is discovered. When an unexpected bloody error challenges his perception of what things are worth, Miller finds that his business is not the only thing hanging in the balance.

A good film has a way of seamlessly leading you into its world, and Arbitrage has that perfect introduction that impresses from the get-go.

For the first five minutes of the movie, the audiences get an intimate look of a rose-tinted painting of the upper class American dream. Our star is Robert Miller (played by Richard Gere), a hedge fund magnate who appears to have it all. He lives a luxurious jet-setting life and birthday celebrations look like well-curated scenes straight out of aRalph Lauren spread. Indeed, if films had smells, Arbitrage would have smelled like whisky and cologne, and all those accoutrements of the rich that benefits from the film’s thematic capacity for high-end product placement.

For all it’s worth, Miller is dead-set on being “the richest guy in the cemetery,” and only a rocky trade stands between him and Godhood. Into this picture of perfection, first-time director Nicholas Jarecki subtly inserts the rumblings of impending doom.

Gere, who still has the charms of a suave tycoonhe so elegantly portrayed in Pretty Woman (1990) is a perfect fit for the role of Robert Miller. But for all the hype over his “stellar” performance in this film, Gere doesn’t help Miller develop much beyond the stereotype of the alpha male in his 50s. Winsome Wall Street player airs? Check. Stone-cold ambition burning in his eyesand coursing through his veins? Check. But complex character study? Not a chance.

Instead, the character who really shines is the “nicely indelicate” detective Bryer (played by Tim Roth) who steals the show with his idiosyncratic coolness. An intense first encounter between Bryer and Miller marks the first real win after the opening episode.

Slumping on the couch as Miller sits across him in the hot seat, Bryer is ace as a shrewd, cunning detective, whose superficial nonchalance ingenuously masks the synapses firing away in his suspicious mind when he is two steps ahead of Miller in the interrogation scene. Bryer deftly embodies both good cop and bad cop at the same time, and the scene has all the makings of a fine drama. Unlike Gere, who seems to act straight out from a textbook, Bryer gives the audiences a character something quite unexpected and intriguing.

So when Miller gets caught in an accident which could derail an already-shaky trade, he starts acting like a kid who just broke a vase, and desperately tries to cover his tracks from the scene of the accident. Throw into the mix an already distant father-daughter relationship, which is further threatened when Miller’s precious, well-heeled daughter (played by Brit Marling) and employee starts to discover some nasty secrets to do with their company’s accounts. Marling’s fresh-faced presence is initially welcoming and apt for portraying the whole “well-to-do and of the finest pedigree” aura expected of the offspring-of-a-multi-millionaire. But her absurdly consistent genteel utterances soon become more characterless than fun.

There are important and deeper issues at play in the film, which shows how political and economic interests often get in the way of justice, or how a layman can get hauled to the police department for a rough interrogation, but appointments have to be arranged for the rich.

But who isn’t already privy to the underhand workings of the uber-rich, orheard of the story of a rich man who buys, connives and cheats his way out of murder? The film banks too heavily on this all-too-common theme and as a result, fails to sustain strong interest throughout. A car crash changes everything in a minute. The horror. An expensive love affair with a Bohemian art chick—oui, she’s French, too, and that makes it especially passé. For the involvement of a star-studded cast with the likes of Susan Sarandon, the plot of Arbitrageis astoundingly trite.

Simple story lines do work, but for Arbitrage, all the editing in the world can’t seem to save it from a lackluster script. For a better high stakes drama about the financial world and its inner workings, the recent HBO television drama film Too Big to Fail (2011) about the collapse of Lehman Brothers, fares way betterin keeping audiences on the edge of their seats.

Indeed, agood thriller does not become one on the basis of intense, echoic mood music and a pretty cast alone. While the acting in Arbitrage is decent, there’s something about the film that’s a little flat, and it does, at times, feels less of a thriller and more of the draggy, tiring travails of a troubled rich man.

When you find yourself sliding in and out of the story, think of the word “arbitrage” and how the term plays out as a metaphor in the film. That should get you pass the boring moments, hopefully.

(Arbitrage is an "okay" film. It’s not as good as the media and all that Oscar buzz will have you expect) 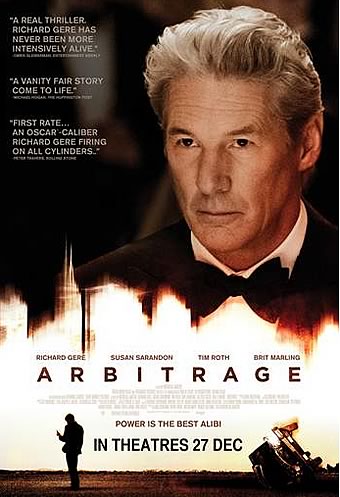 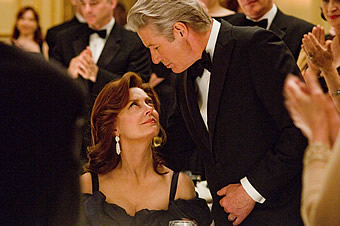 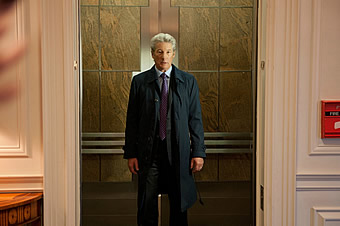 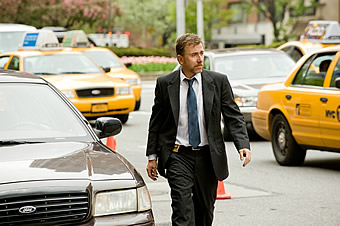 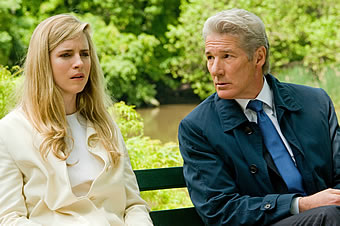