Synopsis:  In SICARIO: DAY OF THE SOLDADO, the series begins a new chapter. In the drug war, there are no rules – and as the cartels have begun trafficking terrorists across the US border, federal agent Matt Graver (Josh Brolin) calls on the mysterious Alejandro (Benicio Del Toro), whose family was murdered by a cartel kingpin, to escalate the war in nefarious ways. Alejandro kidnaps the kingpin’s daughter to inflame the conflict – but when the girl is seen as collateral damage, her fate will come between the two men as they question everything they are fighting for.

No, Emily Blunt’s ethically conflicted FBI agent Kate Macer doesn’t return for ‘Sicario: Day of the Soldado’. Neither, for that matter, does director Denis Villeneuve or his ace cinematographer Roger Deakins. And yet, despite missing these key creative personalities, this sequel to the blistering 2015 drug cartel thriller emerges as a tense, compelling action movie in its own right.

Conceived once again by writer Taylor Sheridan, the focus remains on the Mexican cartels, although this time round the crime of contention is not drug but human trafficking. The consequences on American soil are laid out right at the start in a pair of chilling scenes: one, when a routine roundup of illegal immigrants along the US-Mexico border ends with a shocking act of jihad; and two, when a group of suicide bombers kill dozens in a Kansas City supermarket, including a mother and child who are seen pleading with one of them near the sliding glass entry doors moments before he detonates himself.

Prelim evidence suggests that the Mexican cartels are now a funnel for Middle Eastern terrorists to enter the United States, and as retaliation, the hardened black ops specialist Matt Graver (Josh Brolin) is summoned by the CIA deputy director (Catherine Keener) and the US defense secretary (Matthew Modine) to set off a cartel war. Given that the head of one of the cartels is precisely that which killed Medellin attorney-turned-assassin-for-hire Alejandro’s (Benicio del Toro) family, Matt enlists him to help in the mission: kidnap the boss’ teenage daughter Isabela (Isabela Moyer) and make it seem like one of his rival cartels did it.

As you can expect, things hardly go according to plan, and what fundamentally alters the calculations on the side of the Americans is Isabela’s botched escort back to Mexico that results in more than 20 dead Federal Police. Well, and that and the fact that further investigation has shown that the Kansas City bombing wasn’t at all related to the cartels. Matt is ordered by his bosses, on POTUS’ instructions, to wipe the slate clean, which includes disposing the now-inconvenient Isabela who had witnessed the killing of these policemen by US soldiers on Mexican soil.

Alas, Alejandro refuses to make Isabela collateral damage, seeing in her some of his own deceased daughter. However callous he may come off, it was his humanity that drove him to become a ‘sicario’, and it is this same conscience that now propels him to become the film’s moral centre. If we do this, he asks Matt, how are we different from them? And so, he and Matt find themselves at odds and therefore at war with each other, although Sheridan is smarter than to let this devolve simply into a cat-and-mouse game between the two allies-turned-enemies.

Interspersed within the first hour of the movie are scenes from a subplot involving the 14-year-old Mexican-American teenager Miguel (Elijah Rodriguez), who is lured into the tangled web of the cartels and their business of smuggling people. As Alejandro decides that Isabela is safest back on US soil, you’ll know it is only a matter of time that his path will intersect with that of Miguel’s in decisive, possibly even devastating, ways. We should add that Alejandro’s fate with Miguel doesn’t come to a end at the close of this film, but is in fact used to set up the next chapter of the ‘Sicario’ franchise, should that come to pass.

And why not really? Whereas its predecessor took care to deglamourize the business of DEA raids and cartel violence in order to meditate on the vicious cycle of violence between the Mexicans and the Americans trying to defeat them, this sequel has no such predilections, aiming instead to be no more and no less than a straight-up genre exercise. Yet on that count, it accomplishes its objective handily.

Not only is Italian veteran director Stefan Sollima perfectly capable at building tension throughout the two-hour duration, he proves just as skilful at staging the film’s set-pieces – besides the exhilarating centrepiece that sees Alejandro and Matt’s convoy fend off machine guns and RPGs, there are also other brief but memorable scenes, such as one where Alejandro peels off his balaclava to allow his trembling henchman victim to see his face before pumping the latter’s body with bullets. To be sure, none of the sequences reach the high-water mark set by Villeneuve’s original, but Sollima’s confident staging of suspense, action and drama makes this a gripping, even pulse-pounding, watch.

Nevertheless, Sollima wouldn’t have much of a film if not for Brolin and del Toro, who register even more strongly in their roles than they did in the original. Part of that of course has to do with Blunt’s absence, but both actors bring newfound depth to their characters as they question how far they are willing to obey the orders of their mission and superiors. Brolin injects his previous wisecracking self with an intense world-weariness, while del Toro does so in his signature way of expressing moral struggles with few words, and the pair make an instantly classic screen teaming.

Inevitably, ‘Sicario: Day of the Soldado’ cannot be the same film the original was without Blunt and Villeneuve, and thankfully neither Sollima or Sheridan aim for this to be a retread. Like we said at the start, this sequel is a dynamic and propulsive thriller that can more than stand on its own, founded on Sheridan’s skilful translation of Old West dramatic tropes and bolstered by Sollima’s confident direction as well as Brolin and del Toro’s sensational performances. Sheridan has left the door wide open for another sequel, as well as publicly expressed his hope that Blunt will return to reprise her character, and we certainly hope they make this a trilogy.

(As tense, compelling and propulsive as the original, this sequel thrives on its own terrific character-driven story as well as the dynamic pairing of Josh Brolin and Benicio del Toro) 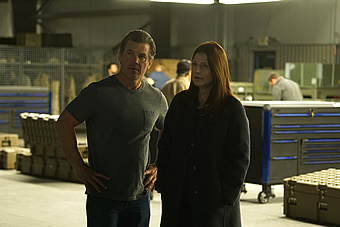 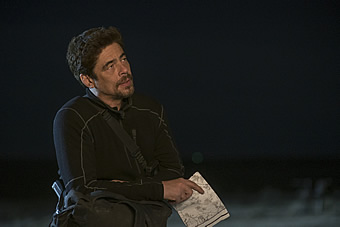 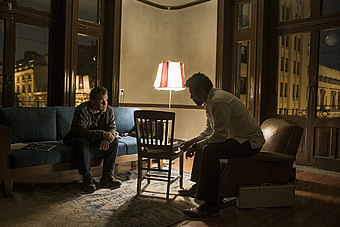