Synopsis: SIDE EFFECTS is a provocative thriller about Emily and Martin (Rooney Mara and Channing Tatum), a successful New York couple whose world unravels when a new drug prescribed by Emily's psychiatrist (Jude Law) – intended to treat anxiety – has unexpected side effects. Emily (Academy Award nominee Rooney Mara) and Martin Taylor (Channing Tatum) are a young, beautiful, wealthy couple living the good life, with a mansion, a sailboat and every luxury money can buy—until Martin is sent to prison for insider trading. For four years, Emily waits for him in a tiny apartment in upper Manhattan, but his release is just as devastating as his incarceration and Emily sinks into a deep depression. After a failed suicide attempt, psychiatrist Jonathan Banks (Academy Award nominee Jude Law) is called in to consult on Emily’s case. Desperate not to be hospitalized, Emily agrees to a regimen of therapy and antidepressants, a decision that will change the lives of everyone involved. When Emily’s symptoms don’t improve, Banks prescribes a new medication that quiets her demons. But the side effects of the drug have chilling consequences: marriages are ruined, Banks’ practice is decimated and someone is dead—but who is responsible? Devastated by this professional setback, Banks becomes obsessed with finding an answer. But the truth he uncovers threatens to destroy whatever is left of his career and his private life.

Side Effects comes from director Steven Soderbergh and writer Scott Z. Burns of the medical thriller 'Contagion', but while the former examined the what-if scenario should a worldwide infection take hold of the entire world, this one takes a much more contained scope revolving around the widespread use of prescription drugs in modern American society and the possible implications on the individual when abused.

There is similarity in the styles of both movies, and that is both for the better as well as for the worse. In particular, Soderbergh's documentary-style filmmaking means that - like 'Contagion' - this movie takes a factual approach to the subject matter. That in itself isn't a bad thing, but those looking for Hollywood-style thrills should note that Soderbergh eschews such theatrics in favour of a more grounded and realistic style.

Still, it's easy to tell that the material has been researched-well. Both Soderbergh and his writer Burns aim for an effective and ccurate portrayal of stress, depression, and mental trauma, with Soderbergh on camera via his alias Peter Andrews using the cinematography to enable his audience to discern the character’s state-of-mind.

Soderbergh also gets good performances out of his cast. Particularly, Rooney Mara conveys keenly the nuances of a person afflicted with mental illness, with each subtle move contributing to a whole all-encompassing portrayal. Soderbergh takes care in portraying depression in varying degrees in every character - and even Jude Law's Dr. Banks proves to be a flawed individual with secrets of his own.

Unfortunately, the movie falters in its last act due to too many complex cause-and-effect chains. A satire on the use of prescription drugs in modern society becomes a satire of action/thriller filmmaking, when too many events are thrust into a short amout of time for cinematic impact, and end up looking disconnected and confusing on screen. Furthermore, the ending of the movie was poorly constructed, leaving the audience with little or no resolution.

What may also frustrate viewers is the unclear character motivations. That is especially true for Rooney Mara's Emily, whom we are first led to sympathise with as a victim of the medical system and becomes something else altogether because of an odd twist at the end.

Though there's no doubt it is thought-provoking, it is a movie that increasingly unravels itself along the way. If this is indeed Soderbergh's last film, then we'd hope he would be remembered for much better.

(A medical thriller of the mind that starts out well enough, but that will soon make even the most attentive of viewers nauseously confused) 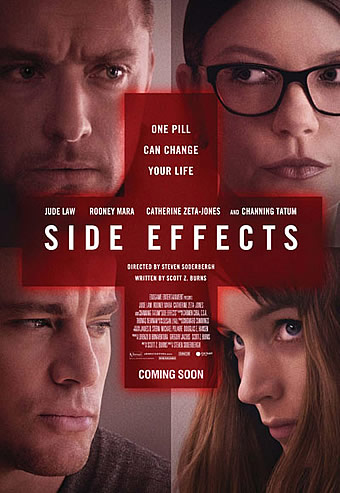 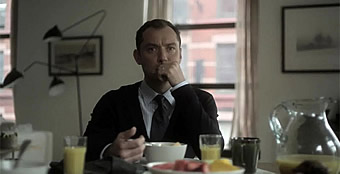 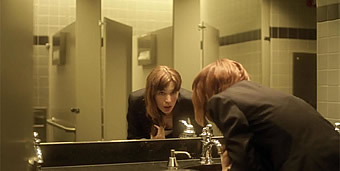 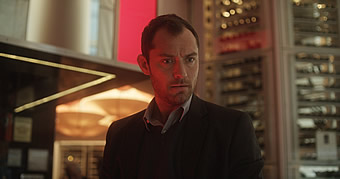 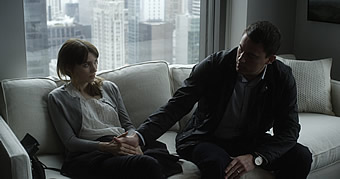 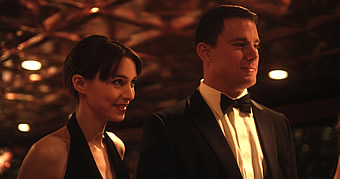