Synopsis: Mark Wahlberg leads the cast of "Contraband", a fast-paced thriller about a man trying to stay out of a world he worked so hard to leave behind and the family he'll do anything to protect. Set in New Orleans, the film explores the cutthroat underground world of international smuggling - full of desperate criminals and corrupt officials, high-stakes and big payoffs - where loyalty rarely exists and death is one wrong turn away. Chris Farraday (Wahlberg) long ago abandoned his life of crime, but after his brother-in-law, Andy (Caleb Landry Jones), botches a drug deal for his ruthless boss, Tim Briggs (Giovanni Ribisi), Chris is forced back into doing what he does best - running contraband - to settle Andy's debt. Chris is a legendary smuggler and quickly assembles a crew with the help of his best friend, Sebastian (Ben Foster), for one final run to Panama and back, hoping to return with millions in counterfeit bills. Things quickly fall apart and with only hours to reach the cash, Chris must use his rusty skills to successfully navigate a treacherous criminal network of brutal drug lords, cops and hit men before his wife, Kate (Kate Beckinsale), and sons become their target.

In the last five years, Mark Wahlberg has been a corrupt cop, a sharpshooter, been the other guy, boxed in a ring, and fought through plenty of slow motion. But with The Lovely Bones and The Happening, he has shown his protective, exasperated Dad trying to keep his family together amidst tragedy and from things way beyond his control. But he's Mark Wahlberg, alpha-male actor who has been filling the shoes of the absent Hollywood action star, and continues his fatherly role here in Contraband, with his Chris Farraday character making that risky, arduous journey from New Orleans to Panama City and back just to make sure all debts get paid off, and his family left off the hook from thugs.

A remake of the film Reykjavik-Rotterdam, which was Iceland's official submission to the 82nd Academy Award's Foreign Language Film in 2010, lead actor then Baltasar Kormakur turns director here and slots Mark Wahlberg into his leading role as a security contractor being led back into the high stakes game of international smuggling, being one of the best in the business who had chosen to go legit for his wife (Kate Beckinsale) and kids. But his kid brother-in-law Andy (Caleb Landry Jones) continues being a smuggler and botches a job for Briggs (Giovanni Ribisi) who naturally comes after his rear to claim money equivalent to the dope the former had thrown into the sea, failing which the family members will be threatened. With limited options available, Chris leaps back into what he does best once again, leaving his family under the care of best friend Sebastian (Ben Foster) and embarking on a round-trip to Panama to trade in counterfeit US currency, given a timeline to do a Harry Houdini in the black market.

It's an interesting look at the stakes behind smuggling, and how smugglers operate in shifting goods from one place to another exploiting connections and loopholes in the world's shipping trade and lanes. It's not far fetched as long as you have corruption along the value chain with smugglers willing to reward to get their way, and I suppose it's lucrative enough for some who would choose that as a profession, given that the law often publicizes about huge busts from tip offs to try and deter and dissuade would-be and wannabes. But this is a film after all, and having everything fall into place coincidentally and nicely makes it one heck of a slick job, if one gets used to cinematographer Barry Ackroyd's choice of the shaky-cam that tried to provide a grittier feel of the underbelly activities.

Kormakur kept the narrative chugging like a well oiled machine, moving scenes quickly from one to another and nary wasting any time to keep pace with the story's sense of urgency, with a looming deadline for Chris to return from his job, and an escalating threat against his family in order not to try anything funny. The story is expansive, with a multitude of characters ranging from Chris' crew and allies, to having to deal with shady shifty counterparts and once upon a time suppliers where trust has to be something really earned, and past glories count for zilch.

If you're watching this after a bad day in the office, you will probably feel lighter after watching Wahlberg struggle through obstacle after incredible obstacle placed in front of him, wondering if the writer and director share the same masochistic tendencies in really wanting the protagonist to fail, and fail big time. It's all edge on your seat stuff even if you have a faint inkling that Wahlberg's persona of that unsmiling, serious 'touch me if you dare' look may finally pull through as the underdog waiting for its opportunity to turn tables. Fans will surely not be disappointed with the level of action put into the film that included the meticulous details and style reserved for heist movies, and having it balanced with some narrative twists that not many films can succeed in bringing together all open threads for closure.

Despite given top billing, Kate Beckinsale had a role that was hardly effective, being that damsel in distress wife unable to fend for herself, nor her kids. I prefer the more action-oritented characters she plays with aplomb, and it's hard to shake off the fact that her character here can't even throw a decent punch if the character's life had depended on it. At certain angles Ben Foster does look like a doppelganger of Ryan Gosling, and his role as the best friend has developments you'll see coming from a mile away, while Giovanni Ribisi played the chief villain with over the top glee that you'd patiently be waiting for Chris Farraday to come over and deliver that long overdue sucker punch.

But this is ultimately a Mark Wahlberg show, and he does what he does best here in a film that uses the best of his talent, allowing him to tackle and battle the world as the father figure willing to do just about anything to protect his family, so threaten him if you dare.

(A genuine Mark Wahlberg vehicle, nothing contraband about it) 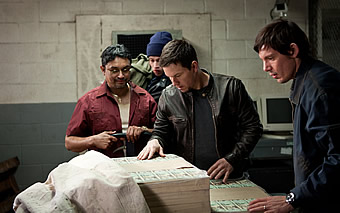 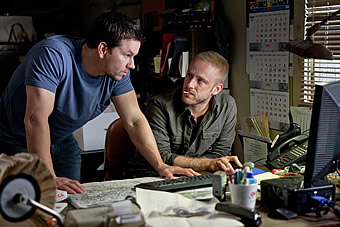 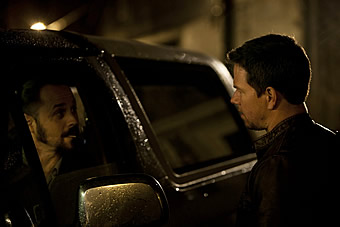 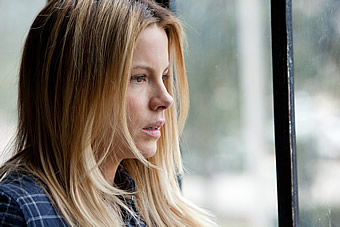 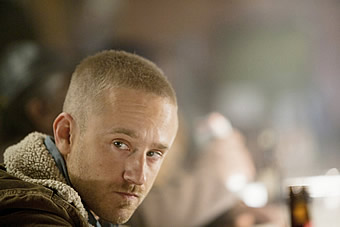 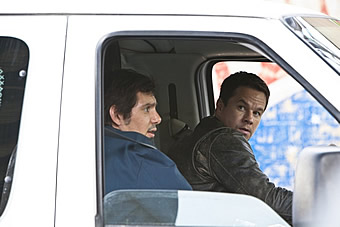