Synopsis: Hong Kong has entered its darkest era. Gambler Wallace (Simon Yam) and his protégé Sky (Philip Ng) are ordered by their gang leader, Slaughter, to murder Robert, the son of mob boss Nigel. In order to fulfill the mission, Wallace puts together a team consisting of Sky; space racer Lily (Sabrina Qiu); explosive expert BBQ; boxing champion Tyson, and the up-and-coming star of the mob, Superman. As the members begin to suspect there are moles in the team, trust no longer exists among them. Wallace gradually realises that a huge conspiracy hides behind the mission.

You have to give credit where it’s due. Hong Kong filmmaker Wong JIng may have made movies which snobbish cinephiles will not approve of (1983’s Hong Kong Playboys and 1992’s Naked Killer come to mind), but he has his place in Hong Kong cinema. The son of respectable film director Wong Tin Lam, the 62 year old is known for making crowd pleasing movies. Since starting his career in the 1980s, the hardworking man has directed, produced and written close to 200 titles.

Wong is a versatile filmmaker. Depending on what the viewers want, he can deliver slapstick and toilet humour, sentimental dramas, parodies of well known Hong Kong and Hollywood movies, and the two most sellable elements, sex and violence. This is the man who introduced viewers to the Young and Dangerous movies in the 1990s: almost every secondary school boy during that era looked up to the suave Chan Ho Nam (played by Ekin Cheng) and the loyal Chicken (played by Jordan Chan).

You would have lost track of Wong’s output, as his name is tagged to countless movies and movie stars (Chow Yun Fat, Andy Lau, Stephen Chow, just to name a few) to attract audiences into the cinema. Marketed as Wong’s final entry to the “Colour” series (2003’s Colour of the Truth and 2004’s Colour of the Loyalty were the preceding movies), this crime thriller produced by Wong and directed by Kam Ka Wei features a familiar ensemble cast. The actors are household names which anyone who grew up watching Hong Kong movies in the 1980s and 1990s will approve of.

The movie is headlined by Simon Yam (The Tenants Downstairs), who plays an old-time gangster who has to lead a team to settle a dispute. The members include Jordan Chan’s (Buddy Cops) ex convict, Philip Ng’s (Once Upon A Time in Shanghai) up and coming mobster and Sabrina Qiu’s (Skiptrace) badass motorcycle mechanic. Oh, and she is Yam’s daughter as well. Elsewhere, you see trustworthy veterans like Lau Siu Ming (Turning Point: Laughing Gor Returns), Waise Lee (Cold War 2) and Lam Suet (Three) playing supporting roles.

The story written by Wong has it that the team keeps hitting obstacles in their attempt to execute a rowdy gangster, which leads to them believing that there is a mole within them. There are also cops hot on their heels – meaning that there may be an inside man in the group working for the police.

Having seen other Hong Kong triad dramas, this one offers nothing new. You get the feeling that the filmmakers are trying to squeeze in too many things in the movie’s 104 minute runtime. There are car chases, explosions, bloodshed and dramatic rain showers accompanied by a soulful Cantonese tune. It is reminiscent of the gangster 1990s movies we were fond of.

There are also distracting moments which may induce guffaws in the audience. We know wearing white makes the team look cool, but is that the most practical thing to do when you’re trying to be stealth? Is hiding a tracker in a woman’s cleavage really the smartest thing to do? And why is Yam sporting a wig throughout the show?

That said, most viewers would pay to watch the cast on the big screen – and their solid performances do not disappoint. One memorable scene sees Yam, Chan, Ng and Qiu confronting Lam at a dinner table. Lam forces himself to gorge down several bowls of rice (we lost count), while the rest wait for an answer to why they have been betrayed. And things don’t turn out pretty.

When the movie ends with a melodramatic revelation of its Chinese title (translated to “Black and White Maze”), you can’t help but commend Wong for pulling off yet another commercial flick that will earn a decent (but not magnificent) amount of profit at the box office.

(This melodrama may not be the most original gangster movie you’ve seen, but you’ll be comforted by the solid performances delivered by Simon Yam, Jordan Chan and other familiar faces in Hong Kong showbiz) 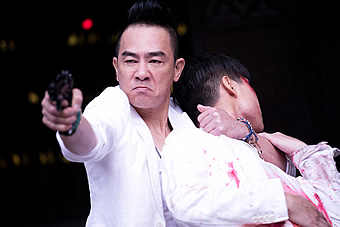 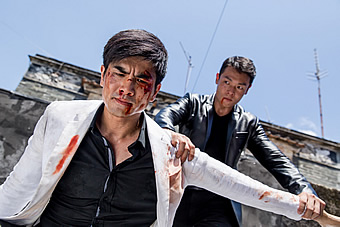 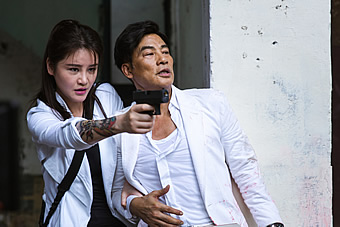 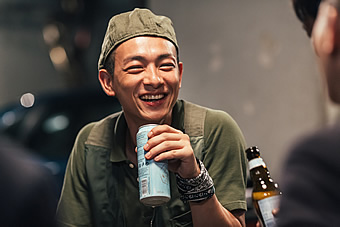 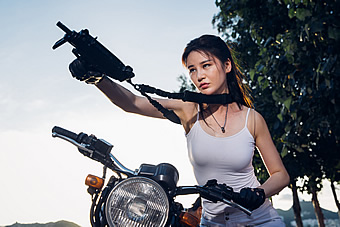