In an era where there’s only run-down, ugly and dirty amusement parks, Walter Elias Disney opened a theme park (the term wasn’t even coined prior) on Sunday, July 17, 1955 called Disneyland in Anaheim, California. The rest as they say is history.

Richard Snow’s Disney’s Land recounts the events that led to the creation and the construction progress of the amusement park that changed the world. But do bear in mind that Snow’s book is not a biography about the famous co-creator of Mickey Mouse (you can check out the superior Walt Disney: The Triumph of the American Imagination for that).

For a writer who spent four decades at American Heritage magazine, Snow brilliantly peppered his book with various anecdotes on Disney’s closest collaborators during those tumultuous construction years. Though Disney himself partially funded using his life insurance policy, money was fast using up on the construction. In comes Texan C.V. Wood, Disneyland’s first employee who helped attract talents and funding but ironically his presence was omitted from all Disney archives and records with some suspecting him for being a shady character.

At a time when women are scarce in the workforce, Disney hired Harriet Burns to paint props for Disney television shows. Ruth Shellhorn was hired to be a landscape architect though she will go on to have a hard time blending into the pre-existing work culture. Bob Gurr is also another colourful character, from an automobile designer with no engineering background to an imagineer that basically run Autopia and later on, Matterhorn. Van Arsdale France was credited for writing the Disneyland training handbook, a program that still emphasise the importance of creating happiness in today’s Disney corporate world. For a man who helped America fight two World Wars, retired Admiral Joe Fowler was rope in to be the naval expert behind Disney’s beloved riverboat, Mark Twain.

These and many more wonderful behind-the-scenes stories filled up the 408 pages. For the uninitiated, Walt was a perfectionist in every way. He was basically John Hammond, the no-expenses-spared visionary whose aim was not to make money. He was so immaculate in details that nothing could escaped his eyes. Sadly, there’s little to be said of Roy Disney, the older brother of Walt who catered to the business side of things. Walt was the front man and Roy is the one who always saved the day.

It would be far more entertaining read if Snow has devoted more time on how Disney planned his next two big attractions after 1955, the Haunted Mansion and Pirates of the Caribbean instead of a long chapter on Dateline: Disneyland, the live telecast of the opening day which was watched by more Americans than the moon landing.

Those who loves to know more about Walt Disney and his Disney legends will find this a rousing read from start to finish. Every land, ride and attraction has a captivating story to tell. Arguably, there are bound to be more thrilling stories to be tell from the man who started it all. Right now, Richard Snow’s Disney’s Land should do the job. 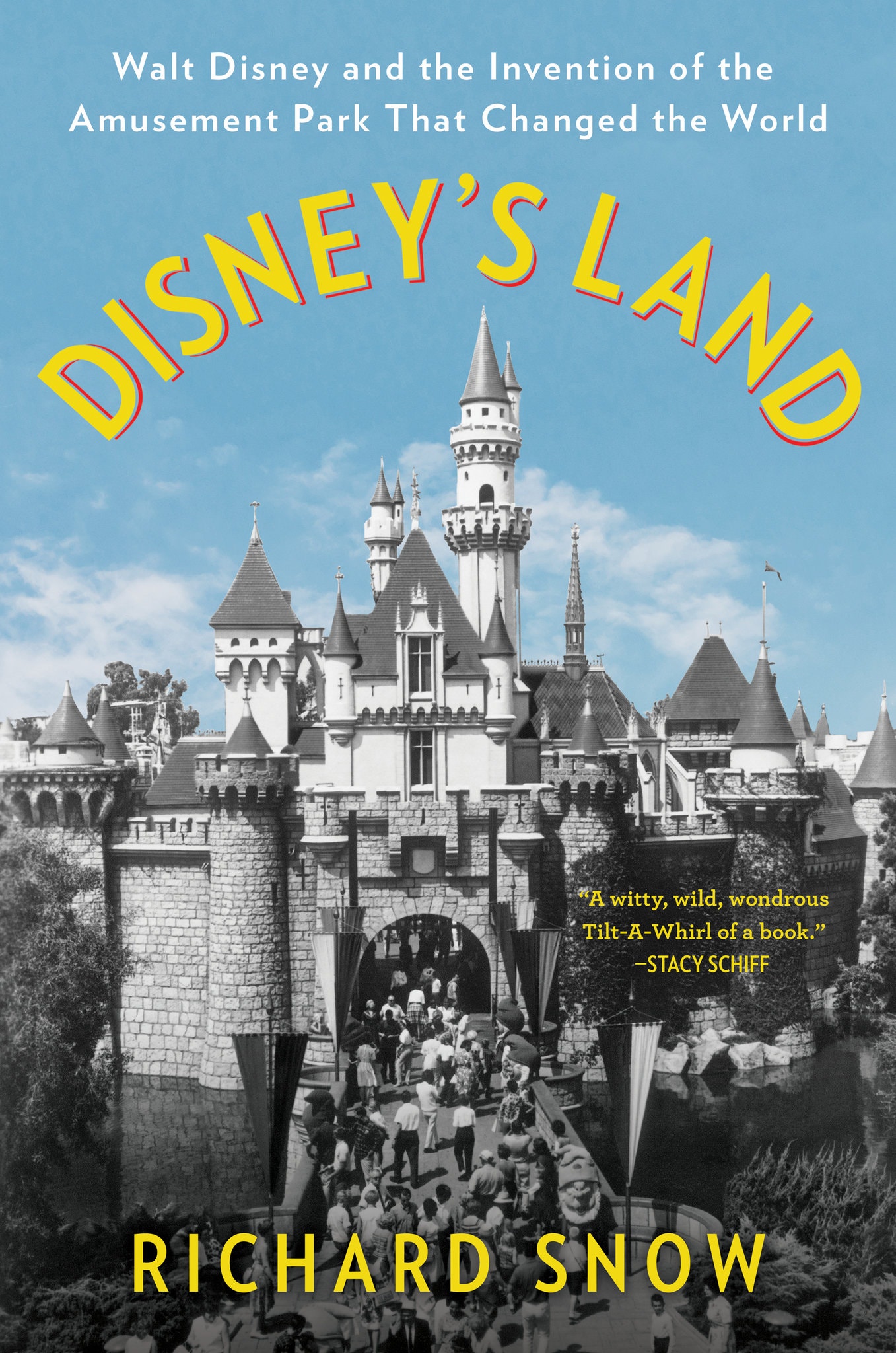