Before you watch the reboot in theaters this week, do yourself a favour by reading Ghostbusters: The Ultimate Visual History.

Published by Insight Editions (the same publisher who also gave you the fantastic Back to the Future visual history), this 224 hardcover book written by Daniel Wallace takes an in-depth look at the original 1984 Ghostbusters and its sequel set five years later.

1984 was a time where social media and the Internet were unheard of. The only time you hear of movie developments probably comes from television or magazines weeks later. Back then; most people don’t even have the slightest idea how the filmmakers manage to conjure up the effects. It might look dated right now but it was totally amazing back in the 80’s.

The book is divided into three chapters. The first two cover the movies and the last devote itself to the expanded universe- cartoons, merchandises, video games etc. If you are not a reader that bothers about foreword and introduction, just skip straight to pages 10 to 115 and you will be amazed by how the original movie got made. The pages are generously filled up with rare behind-the-scenes pictures, anecdotes from the cast Bill Murray and co-creator/cast Dan Aykroyd and director Ivan Reitman. Interestingly, it’s the images which showcased the practical effects guys hard at work with the terror dogs, Slimer and Mr Stay Puft that explained how much manual work went into creating the effects.

Audiences weren’t crazy about Ghostbusters II because it wasn’t exactly that rib tickling and the entire premise was worse than campy. Chapter 2 of the book managed to convince us otherwise how much work and thoughts went into it. Lavish artwork showed us the incredible artistry spent on creating the gadgets, miniatures and the Scoleri Brothers ghouls. And according to ILM visual effects coordinator Ned Gorman, Ghostbusters II was the last title that had absolutely no digital production.

Insight continues its tradition of inserting special items into the book. There’s a Test Screening Preview Card, Peter Venkman Business Card, Slime Blower Diagram Transparency Sheet and Real Ghostbusters Slimer & Peter Mini Animation Cel among 18 of them. These items are a joy to look at but the downside is it actually conceal portion of the text.

Ghostbusters: The Ultimate Visual History marks yet another perfect book worth collecting for movie buffs both new and old. With so much information and rare on-set photos and concept artwork, this title comes highly recommended. 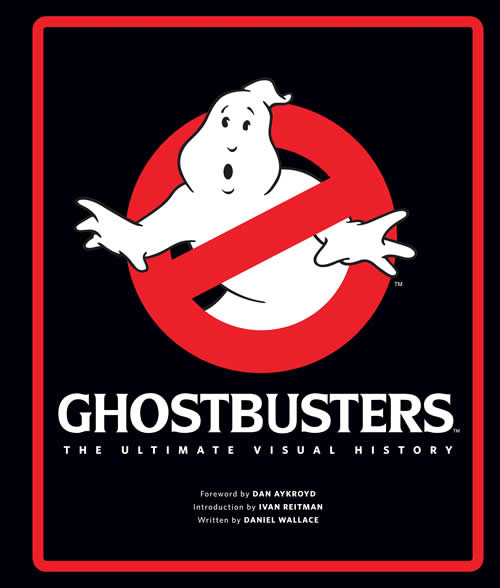