Synopsis: In Wild, director Jean-Marc Vallee (Dallas Buyers Club), Academy Award winner Reese Witherspoon (Walk the Line) and Academy Award nominated screenwriter Nick Hornby (An Education) bring bestselling author Cheryl Strayed’s extraordinary adventure to the screen. After years of reckless behavior, a heroin addiction and the destruction of her marriage, Strayed makes a rash decision. Haunted by memories of her mother Bobbi (Academy Award nominee Laura Dern) and with absolutely no experience, she sets out to hike more than a thousand miles on the Pacific Crest Trail all on her own. WILD powerfully reveals her terrors and pleasures --as she forges ahead on a journey that maddens, strengthens, and ultimately heals her.

Quite like its protagonist’s journey, ‘Wild’ is a one-woman show, and that credit goes to none other than its producer and star Reese Witherspoon. It was Witherspoon who chased after the film rights to author Cheryl Strayed’s New York Times bestseller, an autobiographical memoir that chronicled her incredible journey of self-discovery back in 1995, when at the age of 26 and with no experience whatsoever, the emotionally bereft Cheryl hiked 1,100 miles on her own along the Pacific Crest Trail from the Mojave Desert through California and Oregon to the border with Washington State – and it is also Witherspoon who with her ‘Dallas Buyers’ Club’ director Jean-Marc Vallee have re-enacted Cheryl’s transformation into a profoundly moving experience quite unlike any other we have experienced on the big screen.

Such man-versus-the-wilderness stories are not new, and in fact, we’ve seen a number of them in recent years. ‘127 Hours’ had James Franco trapped and struggling to keep alive for that duration in a narrow crevice. ‘Into the Wild’ saw Emile Hirsch take off into the Alaskan wilderness. And the Australian film ‘Tracks’ brought Mia Wasikowska on a solo trip across the desert from Alice Springs to the Indian Ocean. Unlike each one of these movies, Vallee doesn’t present ‘Wild’ as a survival story; sure, the elements of nature are there – hunger, thirst, injury and even wild animals – but what differentiates this from the rest is how it is ultimately less about the body than about the mind, or to be more precise, how Cheryl overcomes her personal demons through a cleansing ritual of physical endurance.

To be sure, Cheryl’s memoir wasn’t going to be easy to adapt; a lot of the prose consisted of her solitary musings at different parts of her trail as well as the enlightenment she gained looking back at her destructive pattern of behaviour from the moment her single mother died of cancer at the age of 45. Whereas lesser screenwriters would have turned much of the prose into voiceover, British writer Nick Hornby wisely keeps that to a minimum; instead, Hornby unfolds her contemplation of the dissolution of her marriage as well as her spiral into sex and heroin addictions as a series of jagged flashbacks, leaving only the occasional recitation of the words of Emily Dickinson, Robert Frost and James A. Michener which she scribbles in her journal as that which we hear onscreen.

It didn’t quite dawn on us at first, but we advise you to pay attention to the way Vallee presents these flashbacks. They are not all the same. The first kind is swift and sudden, a series of images from Cheryl’s past which intercut with her present which we still hear. The second type is a particularly acute recollection, one which stabs into the present and cuts it quiet, as jarring to us as it is to Cheryl – and we may add, for good reason so. The last unfolds as a sequence in itself, when Cheryl consciously goes back to a particular point of time in her past, such as when she meets her mother along the corridor of the Minneapolis University she attends that the latter is studying for a belated bachelor’s degree at. The result is poignantly evocative, that not only lets its audience piece together the fractured pieces of Cheryl’s preceding life but also allows us to feel her despair, confusion, frustration, sadness and ultimately tranquillity.

Her inner struggles are nicely contrasted with the rugged beauty of her surroundings, drawn from locations in the Mojave Desert and the Oregon wilderness. Once again working under the pseudonym of John Mac McMurphy, Vallee ensures that every shot connects perfectly with the last, especially if they hail from different periods in Cheryl’s life, blending the ambient sounds with a soundtrack inspired by the real-life character’s favourite tunes, like S&G’s ‘Homeward Bound’, Joni Mitchell’s ‘California’, Bruce Springsteen’s ‘Tougher Than The Rest’ and most prominently Simon & Garfunkel's version of the Andean folk tune ‘El Condor Pasa’. The visual and aural combination that makes for what we see and hear is beautifully haunting, bringing into intimate focus the stirrings of Cheryl’s heart and soul.

That we feel so much for her character is to Witherspoon’s credit, who gives her best and most committed performance since she won the Academy Award for ‘Walk the Line’. Whether it is Cheryl’s grit or vulnerabilities, Witherspoon never overplays them, and her restraint all the more brings her character to life, both in her mental as well as emotional baggage. Her commitment to the role is evident at every turn, and she is front and centre holding the screen almost every single second. Though the movie belongs to Witherspoon, one other performer impossible to ignore is Laura Dern, who plays Cheryl’s mother Bobbi. There is nary a false note to Dern’s sunny optimism, and her sweetness is a perfect complement to Witherspoon’s ambivalence and occasional cynicism.

Watching a single woman hike across the PCT may not sound like an interesting movie at all, but Witherspoon and her director Vallee have transcended the limits of their character’s story to deliver a truly affecting account of personal redemption. Cheryl’s transformation embodies the adage that one may sometimes have to lose oneself in order to find oneself, and this character-driven tale packs a surprisingly powerful wallop for those willing to take that journey with it. It is wild all right, raw and primal in its emotions, yet both intelligent and poetical. Oh yes, how ‘Wild’ it is, to let it be.

(Superbly directed and amazingly acted, this tale of personal redemption makes its real-life character’s transformation so wildly felt that you cannot help but be tamed) 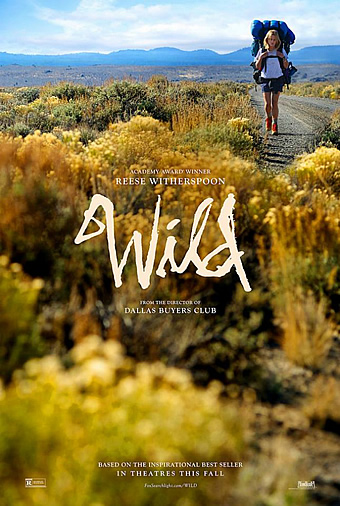 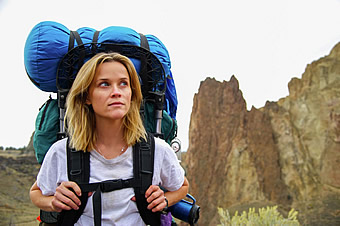 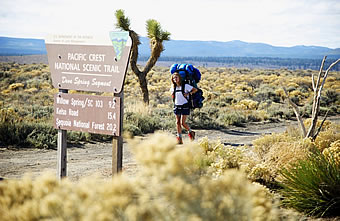 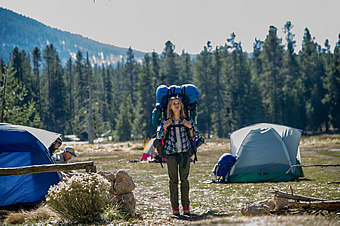 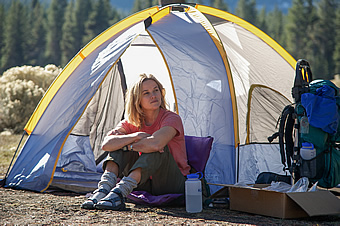 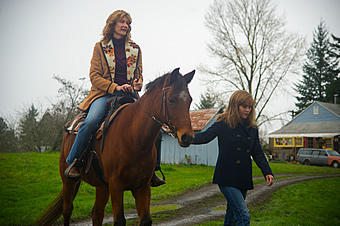 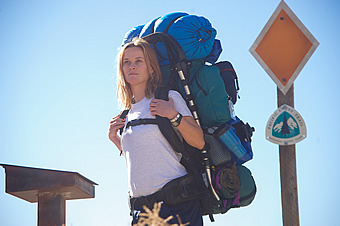