Indeed, there’s a fascinating story to be told about Lovelace’s life, and documentary filmmakers Rob Epstein and Jeffrey Friedman - in making their dramatic movie debut here - succeed fairly in making their account as compelling as their subject. Working off a perfectly adequate if slightly unremarkable script by Andy Bellin, Epstein and Friedman adopt a shrewd two-act structure to contrast the heydays of Lovelace’s ascent to stardom from the public’s eyes against the harsher and much grimmer private truth - beginning of course with the former.

Taking an artistic leaf from P.T. Anderson’s ‘Boogie Nights’, the first half recreates with enough engaging visual flair the milieu of the early 1970s, where young girls like Lovelace find themselves restrained by the smallness of their working class lives as well as their conservative parents. And so when the scruffy hustler Chuck Traynor (Robert Sarsgaard) picks her out at a roller rink and promises to give her a new life, she immediately leaps at the opportunity, ditching her stoic sheriff of a father (Robert Patrick) and her ultrareligious mother (a barely recognizable Sharon Stone).

It is Chuck who will teach and train her the skill of her claim to fame (hint - it’s about suppressing the gag reflex), and the same conniving Chuck who will introduce her to porn director Gerard Damiano (Hank Azaria) and producer Butchie Peraino (Bobby Cannavale) behind her smash hit ‘Deep Throat’. The unexpected success of that iconic movie is common knowledge, and her meteoric rise is filmed with ebullient verve - especially as it becomes her ticket to meet the infamous Hugh Hefner (James Franco in a nice cameo) - showcasing a ingénue suddenly thrust (pun intended) into the spotlight to be the poster girl for America’s sexual revolution.

And at the height of her success halfway into the movie, the directors do a bait and switch, pulling back the curtain to reveal the horrific reality of her relationship with Traynor. Turns out that not only was he physically abusive, he had exploited her like a prostitute to take part in gang rapes and forced her to sign onto further ‘Deep Throat’ sequels, all in the name of milking her for all the cash he could make to pay off his accumulating debts. It’s a sad tale of degradation and abuse, one that needs no embellishments - and which Epstein and Friedman wisely add none - to arouse your indignation.

That is also credit to Seyfried’s brave performance, which easily surpasses anything she’s done so far. Taking over a role that was much publicised for Lindsay Lohan, she (literally) bares her all for a riveting portrayal of a larger-than-life personality, excelling especially in capturing her character’s insecurities in the last third of the film. Sarsgaard matches her in every vile and manipulative regard, so much so that by the end, you can barely stand the sight of the man. Between them, there is more than enough star power, though besides Franco, other notable cameos include Chloe Sevigny as a feminist reporter, Adam Brody (TV’s ‘Hannibal) as her ‘Deep Throat’ co-star Harry Reems and Eric Roberts as a polygraph technician.

If there is something that is lacking though, it is a deeper understanding of Lovelace’s own emotions going through the ‘ordeal’. Even though the pace is gripping, one hopes that Epstein and Friedman could have adopted for a more measured approach from time to time in order to delve deeper into what must be going through her mind as she was being abused - in particular since it did last for quite a significant period of time before she decided to leave Chuck. We wouldn’t go as far though as some commentators to criticise the film as being just skin-deep, but it suffices to say that there is more that the film could explore about its character’s motivations.

It isn’t a fatal flaw though, just one that keeps it from being great (which could probably count as a missed opportunity) - and yet even so, there is still punch to this fascinating tale of emotional and sexual abuse. If anything, Seyfried’s ballsy acting is worth the price of the ticket alone, fleshing out the woman behind the fantasy with guts and honesty. It’s an impressive show she puts on, doing absolute justice to her subject and the reason why this film rises from mediocre to respectable.

(Not quite skin-deep and yet not nearly as deep as you would expect it to go, this respectable biopic of American cultural icon Linda Lovelace is still a riveting watch) 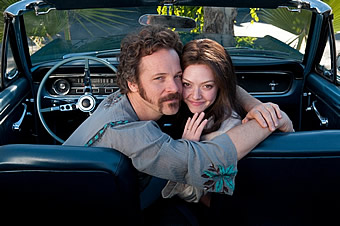 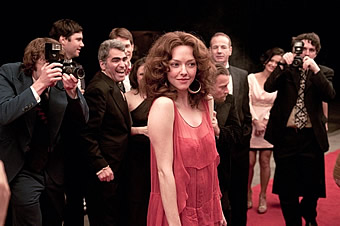 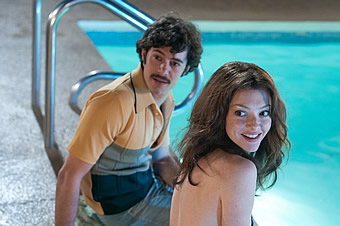 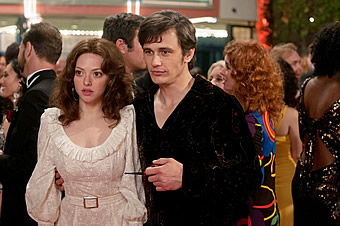 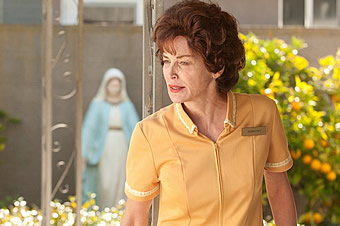 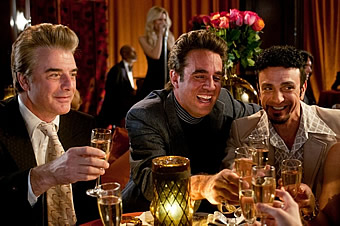