Synopsis: An adventurous, visionary inventor deserves an adventurous, visionary biopic. This is a central premise behind TESLA, writer/director Michael Almereyda’s distillation of the life and work of Nikola Tesla, the enigmatic pioneer of electrical science who rose from poverty and obscurity to achieve technological breakthroughs that continue to define and shape our modern world. Ethan Hawke plays Tesla, an immigrant and outsider born in a small rural village in what is now Croatia. Proud, brilliant, and socially awkward, Tesla is a promising employee at Thomas Edison’s Machine Works but fails to interest Edison (Kyle MacLachlan) in his revolutionary alternating current (AC) motor. Tesla’s break with Edison kicks off a life-long rivalry; both men are mavericks, but with opposite personalities and temperaments. Tesla’s search for funding leads him to George Westinghouse (Jim Gaffigan), another powerful captain of industry, who successfully finances and promotes Tesla’s groundbreaking electrical system. But the impatient inventor is already devising unprecedented methods for transmitting light, energy and information, without wires and throughout the globe. Working in an open-roofed Colorado laboratory Tesla transmits lightning from the earth to the sky, and he dares to apply his discoveries to a world-wide wireless system, a high-stakes undertaking backed by J.P. Morgan (Donnie Keshawarz).

We’ve seen more than our fair share of biopics, but none quite as confusing, frustrating and ultimately vexing as ‘Tesla’.

Like writer-director Michael Almereyda’s previous works, ‘Tesla’ takes a similarly experimental approach to relating the story of visionary inventor Nikola Tesla, who is probably best known for harnessing the power of alternating currents to light up our modern wireless world.

The movie opens with Ethan Hawke roller-skating to Wojciech Kilar’s score to Jane Campion’s ‘Portrait of a Lady’, and right from the get-go, Almereyda lets you know this is no ordinary biopic. Even so, we see no good reason why there is a need for Anne Morgan (Eve Hewson) to break the fourth wall to tell you how that scene never occurred, and then proceeding to pull out a MacBook to walk us through a few Google searches on the film’s historical figures.

It is bizarre and bewildering all right, and as much as we tried to embrace a more unconventional method to recounting Tesla’s defining struggles, we found ourselves puzzled how and why anyone could embrace such pretentiousness. Indeed, we cannot say whatever it had covered left any of an impression – from Tesla’s brief early employment under Thomas Edison (Kyle MacLachlan) and his subsequent rivalry with the inventor, to his partnership with George Westinghouse (Jim Gaffigan) to produce and market his revolutionary induction motor, to his long-running relationship with Morgan (daughter of J.P. Morgan), and to his relocation to Colorado Springs to experiment with wirelessly sending electricity across the world, the proceedings are staged with such artificiality that you’ll be left utterly disenchanted.

Not only does the entire film staged to feel theatrical, it is also captured by cinematographer Sean Price Williams to emphasise the painted backdrops against which most of it is filmed. If there is some different angle that Almereyda is trying to cast on his titular protagonist, it is unfortunately lost in the sheer pretence of his method, so much so that we wonder if Almereyda cares more about his own technique than about his subject.

Just as hopelessly lost is Hawke himself, who wanders through the movie with a perpetually perplexed expression that conveys little more than what we feel sitting through one and a half hours of utter nonsense. There is no plotting here, no characterisation, and therefore no meaning and nothing of worth here for anyone to waste his or her time on such incoherent garbage.

So pick up a history book if you are keen to find out more about Tesla, or watch ‘The Current War’ with Benedict Cumberbatch and Michael Shannon instead; just don’t, do not go anywhere near this hogwash. By the time Hawke picks up a microphone to do a off-key karaoke-bar rendition of Tears for Fears’ ‘Everybody Wants to Rule the World’, we just wanted to say a big F U to this movie.

(The most pointless piece of pretentious drivel we've seen in a long while, 'Tesla' deserves not a single iota of your time)

THE MAN WHO INVENTED CHRISTMAS (2017) 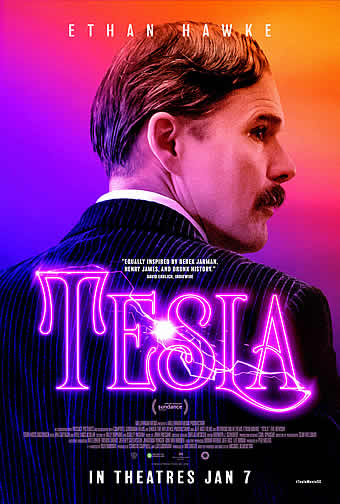 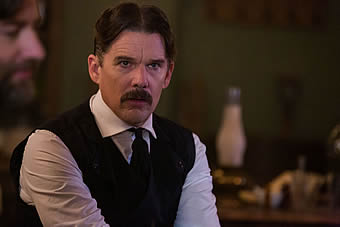 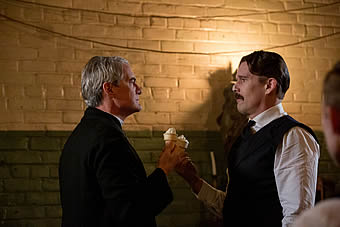 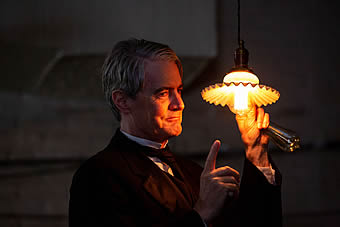 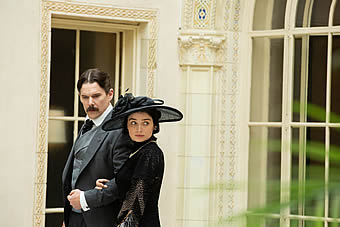 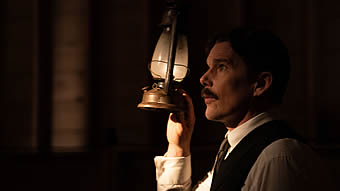