THE MAN WHO INVENTED CHRISTMAS (2017)

Synopsis: The Man Who Invented Christmas tells the magical journey that led to the creation of Ebenezer Scrooge (Christopher Plummer), Tiny Tim and other classic characters from A Christmas Carol. Directed by Bharat Nalluri (Miss Pettigrew Lives for a Day), the film shows how Charles Dickens (Dan Stevens) mixed real life inspirations with his vivid imagination to conjure up unforgettable characters and a timeless tale, forever changing the holiday season into the celebration we know today.

What would we do without Christmas? Imagine how the year would end if we didn’t have another occasion to eat, drink and be merry. There would be no parties, no presents and gasp – one less public holiday to be away from work. And if the events in this movie were to be believed, it was a certain Charles Dickens who made this a happy occasion worth celebrating.

The famous English writer and social critic created some of the world’s most well loved fictional characters. Amongst his best known novels are Oliver Twist, Great Expectations, Tale of Two Cities and of course, A Christmas Carol. Adapted countless times for film, stage, opera and other forms of media, this 1843 novel (if you don’t already know) tells the story of Ebenezer Scrooge, an old miser who is visited by the Ghosts of Christmas Past, Present, and Yet to Come. After a series of events, Scrooge is transformed into a kinder man (read: happy ending).

Originally written as A Christmas Carol in Prose, Being a Ghost-Story of Christmas, it is often debated whether Dickens meant this as a secular tale or a Christian allegory. The film simply offers the perspective that the story was written during Christmas, and was largely influenced by his personal life.

When we meet Dickens, who is highly regarded as the greatest novelist of the Victorian era, he is suffering from a writer’s block. Things are not looking good for him because after three books which failed to impress, he desperately needs to get back on track. It doesn’t help that he is expecting a fifth child in the household and his eccentric father popped a surprise visit. With a sudden surge of inspiration to pen a Christmas ghost story, Dickens begins seeing characters and the plot begins to take shape.

The movie directed by Bharat Nalluri (Miss Pettigrew Lives for a Day) is a fresh take on A Christmas Carol. We have seen the story in several film adaptations, from the hilarious 1992 Muppet version (The Muppet Christmas Carol) to the 2009 performance capture movie (A Christmas Carol) directed by Robert Zemeckis. Just when you thought there can’t be another approach to tell the story, along comes this screenplay written by Susan Coyne based on the book of the same name by Les Standiford.

The 104 minute movie is an immensely pleasant movie that is easy to like. There are a few notable heartwarming moments that will go down well with viewers. The father and son relationship is adequately explored without resorting to melodrama, and there is enough magic (characters from A Christmas Carol appear in Dickens’ mind) to keep audiences entertained. The story effectively uses flashback sequences to reveal important plot developments, and makes good use of CGI to engage viewers visually.

Top notch performances are all around too. Dan Stevens gets to show his good looking self after Beauty and the Beast (2017) as Charles Dickens, Jonathan Pryce (Woman in Gold) is wonderful as Dickens’ peculiarly behaved father and Donald Sumpter (In the Heart of the Sea) is aptly cast as Scrooge’s deceased business partner Jacob Marley. As expected, Christopher Plummer (Beginners) delivers the most impressive performance as Scrooge.

The movie has all the right elements to make it an enjoyably satisfying holiday movie, and there is no reason why you wouldn’t find joy and bliss in it. 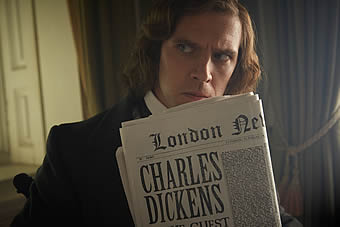 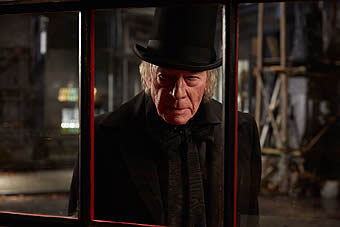 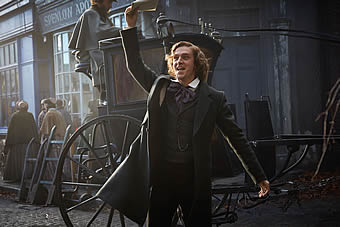 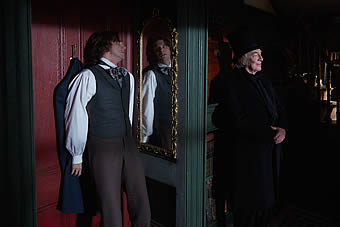 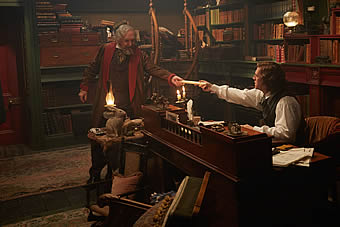