Synopsis: Sheep Without a Shepherd is a remake of Indian thriller Drishyam (2015). Li Wei Jie (starring Xiao Yang) and his wife A-Yu (starring Tan Zhuo) run a small company in Thailand. They have two lovely daughters and live a happy life. However, his eldest daughter kills the son of Laoorn (starring Joan Chen) in self-defense. To protect his daughter and families, Li Wei Jie has to bury the body and cover the truth. Laoorn is the head of the regional police, and she is dying to find her missing son. The contest between Li Wei Jie and Laoorn is beginning.

The 2013 Malayalam film ‘Drishyam’ has been remade five times in the short span of four years, and there is good reason for it. Not only was it smart and intriguing, it also gave us a fascinating protagonist who displayed extraordinary wit in his quest to protect his family from the injustices of the police. Malaysian director Sam Quah’s Chinese-language remake does not change much of the plot from its predecessor, but then again, neither does it need to.

Switching the setting to a rural Thai village of Chanban, the protagonist is now the Chinese man Li Weijie (Xiao Yang) who runs his own telecommunications business. Weijie is married to Ayu (Tan Zhuo), and the couple have a teenage daughter Pingping (Xu Wenshan) and a younger child An-an (Zhang Ziran). Though tight on finances, they are able to afford their mid-sized house only because it is next to a cemetery. Aside work, Weijie has no other interest aside from watching movies.

The first half-hour moves a little slower than the rest of the movie, but the build-up is important. You’d do well to pay attention to each of the supporting characters deftly introduced, including the elderly shopkeeper Song-en (Paul Chun), the corrupt cop Sangkun (Shih Ming-shuai), the mayoral candidate Dutpon (Philip Keung), the police chief Laoorn (Joan Chen), and the spoilt teenage boy Sucha (Bian Tianyang) who is the only son of Dutpon and Laoorn.

Sucha is acquainted with Pingping at a school camp, and ends up recording a compromising video of her after ‘spiking’ her drink. While Weijie is away on business in neighbouring Lua Pathom, Sucha shows up at Pingping’s residence to blackmail her into having sex with him. Distressed, Pingping tells her mother, who surprises Sucha when he turns up as scheduled at her house late at night. Their subsequent scuffle results in Pingping striking Sucha on the head, knocking him unconscious and inadvertently killing him.

We won’t spoil the rest of the movie; suffice to say that Weijie returns home that same evening and concocts an elaborate guise to protect his family, informed no less by his wide knowledge of crime thrillers. Laoorn is naturally distraught at the disappearance of her son, as well as the very real possibility that he might be dead, and personally leads an intense investigation to identify Sucha’s whereabouts. Much of the suspense lies in not knowing how long or how far Weijie can stay one step ahead of the fiercely intelligent Laoorn, but trust us when we say that the eventual payoff is one of the most satisfying in cinematic history.

As much as it is plot-driven, the narrative manages to pack an unexpectedly poignant character arc in Weijie’s relationship with Pingping at the end. Though the conclusion seems calculated to placate the Chinese censors, especially with regard to crime and punishment, you should know that the original movie had a similar closing, intended not just to underscore a philosophical message about karma but also to demonstrate the depth of Weijie’s love, commitment and dedication towards his family. And in that regard therefore, the payoff is satisfying because it is both thrilling and moving.

It is also very well-acted, especially Xiao Yang in easily his best performance to date, playing Weijie with just the right balance of smartness and vulnerability. Equally terrific is Chen as his character’s intellectual complement, diving into the role with an intensity that you won’t be able to take your eyes away from. It is not easy to get us to appreciate her motivations given how Laoorn is set up against Weijie, but Chen achieves just that with a finely calibrated mix of ruthlessness and helplessness. The other actors are outstanding in their own ways; in particular, Shih is scene-stealing as the despicable Sangkun, whom you’d cheer when he meets his comeuppance.

Though it may not arrive with the same buzz as other Chinese titles, ‘Sheep Without A Shepherd’ is one of the best Chinese films of 2019. Of course, Quah had an excellent template in the 2013 original, but he deserves credit for translating its plot and themes powerfully into a different setting. Those discovering the story for the first time will undoubtedly enjoy it immensely, and those who have seen any of the earlier versions will still delight in the excellent performances. Contrary to its title, you’ll gladly follow its multiple sleight-of-hand; oh yes, if there is ever an occasion you’ll love to be fooled, this is it.

(One of the cleverest crime thrillers ever concocted, this terrific remake of the brilliant original loses none of its wit, its poignancy or its sheer thrill) 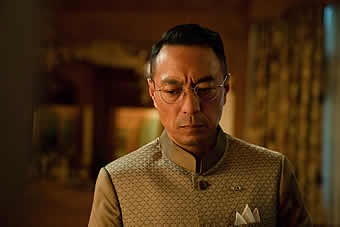 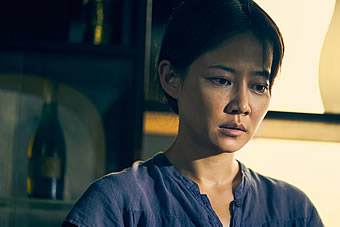