Synopsis: Ma Le is a psychologist who makes money on suicide prevention. His happiness always stems from other's misfortune. The God of Long-life came to earth to save the world but his power is absorbed by Ma Le, so he has to ask Ma Le to help him with the huge plan. They find four Gods Thunder, Lightning, Wind and Rain living on the earth and start the adventure of saving the world...

Beijing’s infamous smog is now the title and subject of a live-action modern-day fantasy that is less amusing than it is bemusing, despite first-time director and co-writer Xiao Yang’s valiant attempt at wringing absurdist comedy out of a curiously intriguing premise.

As imagined by Xiao, it suggests that the current haze blanketing the city is the result of a nefarious plot by the God of Thunder to destroy mankind, continuing what he had hatched five thousand years ago before he was thwarted by the Jade Emperor and cast down from heaven for his misdeeds. The said God of Thunder now assumes the guise of industrialist Bai Xuejing (Xiao Shenyang), whose line of household air filters has made him the richest man in northern China.

Saving the world will fall to the amateur psychotherapist Ma Le (played by Xiao himself), whose scrappy suicide prevention business gets a boost from the haze, owing to a consequent increase in people suffering from depression/ thinking of killing themselves. It isn’t ever clear why one of these happens to be Bai Xuejing, but through sheer cosmic coincidence (or narrative contrivance), Ma Le happens to be the chosen one whom the God of Longevity (Wang Xiaoli) falls on from up above and inadvertently transfers his mojo to.

Given how Ma Le is in possession of his powers, the God of Longevity pleads with him to save himself and the rest of humanity by rallying the God of Wind (Yi Yunhee), God of Rain (Chong Yuan) and Mother of Lightning (Du Juan) to form a formidable matrix of the elements to defeat Bai Xuejing.

It is hardly any surprise that Ma Le will step up to the occasion, but his motivation is perhaps as altruistic as it is selfish – the Mother of Lightning happens to be a hot female traffic police officer named Cai Ming whom he has a crush on, and unleashing the full powers of the formation will require both of them to develop an intimate connection with each other.

Cue the cheesy pseudo-romantic scenes between Ma Le and Cai Ming, which alongside the pratfalls that comprise the rest of his training, serve as build-up to the inevitable – but frankly overblown, overlong and overly CGI-ed – showdown between the four avengers and Bai Xuejing. That just about sums up what you ought to know that you’re in for going into the movie, which steers clear of making any prescient socio-political commentary about environmental protection.

Truth be told, there is much potential in its outlandish, and literally out-of-this-world, premise, but little of that is realised in an execution whose definition of humour is in the form of broad slapstick gags alone.

There are no doubt some funny bits – including the montage of scenes where the God of Longevity tries desperately to reclaim his mojo from Ma Le while he is sleeping and/or unconscious – but there are also too many jokes that barely raise a chuckle. Granted that there may be some cultural specificity to the humour, but we cannot seem to appreciate the laughs in say God of Wind’s alternate persona as an actor known for his beautiful hair but who is actually bald, or say the band of amateur kung fu warriors whom Bai Xuejing sends to defeat Ma Le and the other Gods.

It doesn’t help that the group of lesser known actors lack the charisma to pull off their respective roles with sufficient aplomb. Both the Gods of Wind and Rain are given shortest shrift in terms of script and screen time, but the actors playing them are so bland that their characters are almost insignificant. Du Juan keeps the same icy expression throughout the movie, and there is effectively no chemistry between her and Xiao Yang, rendering their supposed romance utterly unconvincing.

Whether out of vanity or otherwise, choosing himself to be lead is ultimately ill-advised, as Xiao Yang hardly knows what to do with the role of an ordinary person suddenly imbued with not just supernatural powers but the powers to either save or sink humanity.

So as offbeat as the poster and trailer may set out the movie to be, ‘Airpocalypse’ turns out a lot duller. Few of the jokes are truly inspired, and an entire third act is squandered in shoddy CGI enhanced battle scenes that come across like a third-rate DCEU movie. Never mind that it glaringly omits to poke fun or make any meaningful reference to the real-life phenomenon that has led to the term, it is the fact that it is curiously tedious and unimaginative that does it in.

It is no wonder then that despite Xiao Yang’s popularity from earlier box-office hits like ‘Some Like It Hot’ and ‘Detective Chinatown’, his ‘mo lei tau’ fantasy was hardly greeted with the same enthusiasm. Just as well, unless you do have one half hours of worse tedium, you’d be advised to stay away from this ‘Airpocalypse’. 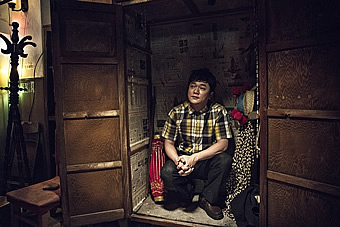 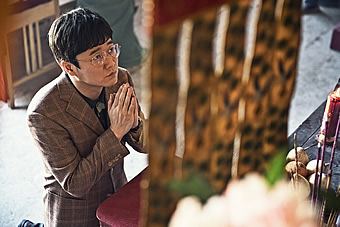