Synopsis: Zhao Xu Dong is a blaster technician in the mining town of Hongliang. When a mine explosion occurs underground and kills four workers, Zhao is left the sole survivor. Doubtful that the explosion was a mere accident, Zhao investigates further. However, miner Wang San Bai and mine owner Li Yi are murdered. As the body count increases, Zhao becomes the prime suspect, and he must use his skills as a blaster to clear his name.

Not often in Chinese cinema do you see a noir, but ‘Explosion’ surprises not only because of its novelty but also for its quality. Taut, atmospheric and genuinely involving, Chang Zheng’s sophomore directorial effort spotlights the unsavoury side of the mining business in China as it spins a tale of a working-class individual who goes on the run in order to clear his name.

The script by Chang and his co-writer Li Meng cuts straight to the chase – by the time the opening credits end with the film’s title, lead character Zhao Xu Dong (Duan Yi Hong) is already reeling from a blast gone wrong that leaves four of his fellow workmen dead. Given how he was the one responsible for setting off the supposedly controlled explosion in the mine, Xu Dong is held accountable by his gangster-boss Li Yi, who would rather throw hush money at him and the families of the deceased than report it to the authorities.

Given his previous criminal record, Xu Dong decides against the latter too, but his puzzlement at how the accident happened sends him poking around the scene for clues. Not only does his curiosity cause him to become the police’s prime suspect for a subsequent murder, he gets into the crosshairs of a conspiracy masterminded by the debonair Cheng Fei (Cheng Taishen) and finds himself relentlessly pursued by Fei’s ruthless henchman (Yu Ailei). To raise the stakes, Xu Dong isn’t just running from the authorities and the bad guys, he also has to protect his pregnant girlfriend (Yu Nan), whom Fei has no qualms holding as collateral in exchange for his complicity.

Unlike its Hollywood equivalents, Xu Dong never becomes a one-man vigilante, given how that would be antithetical in the Mainland China context as well as run afoul of Government censors. Instead, Xu Dong remains through and through a reluctant non-conformer whose own wayward interpretation of his circumstances has led him to pursue his own course of justice, but at an unmistakable cost to himself as well as his loved ones. That subtle but clear message is not lost even on a non-Chinese audience, who will have to contend with Xu Dong’s occasionally frustrating restraint, especially when it comes to dealing with those responsible for his current predicament.

Notwithstanding, there are more than enough morally questionable acts in Xu Dong’s repertoire to render him an anti-hero. In order to distract the local chief Xu Feng (Wang Jingchun) and the other officers on his tail, Xu Dong sets off a small explosive in an indoor market that sends the crowd within into a panicked frenzy. To defend himself against Fei’s assassin, Xu Dong assembles a makeshift firearm which proves astoundingly lethal. And last but not least, as leverage over Fei, Xu Dong has no qualms kidnapping the former’s comatose son. Oh yes, Xu Dong isn’t entirely immune to taking matters into his own hands, although those looking for the type of revenge-fuelled mayhem typically associated with Westerns will probably be disappointed at the lengths that our lead character here is willing (or rather not willing) to go.

That doesn’t mean Xu Dong or the movie for that matter is any less realistic. Thanks to Duan’s compellingly down-to-earth performance, Xu Dong’s struggle to regain normalcy in his life never hits a false note; ditto for Yu Nan, who compliments Duan’s worn-down act with a similarly sober delivery, conveying both fear and defiance in equal measure. On his part, Cheng’s choice of locations reveals a strong grasp of mise-en-scene, particularly the grimy industrial town and the yellow desert surrounding it where much of the cat-and-mouse action is set. It’s as different from the modern-day China that we often see as it gets, and is almost a character in and of itself.

But like we said at the start, ‘Explosion’ isn’t outstanding simply because it reveals a less gleaming side of China and deals with unglamorous subjects like industrial cover-ups. Oh no, it’s a fine noir that stands on its own merit, boasting a grounded character that doesn’t settle into typical cinematic heroics. By grounding his movie in social realism too, Chang keeps the stakes real and intense, so you feel Xu Dong’s desperation, helplessness and resolve. It’s too easy to call this thriller explosive, and while the finale does pack enough of a blast, its genuine thrills lie in the raw tension it establishes from start to finish.

(Not only is it notable for being a rare noir from Chinese cinema, 'Explosion' stands out also for being a fine genre piece that keeps its stakes and its hero real) 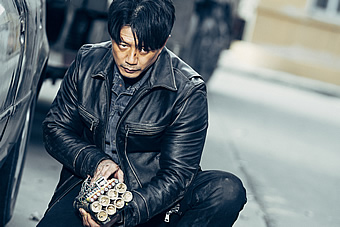 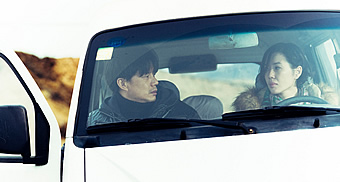 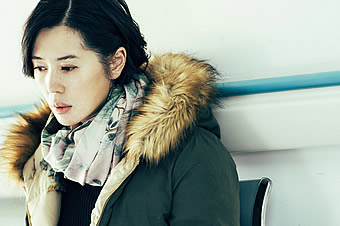