Synopsis: A sympathetic woman (Naomi Watts) and her rebellious son (Judah Lewis) form a strong bond with an investment banker (Jake Gyllenhaal) whose life begins to unravel following the death of his wife (Heather Lind).

Whether is it in the midst of anger or overcoming grief, everyone is bound to moments in life whereby he/she wants to destroy something. ‘Demolition’ is a dark comedy that features complex, human themes, like the aforementioned urge for destruction, and others such as self-disassembly. The film, with all its heavy themes, is not an easy feat to pull off. However, with a talented director, Jean-Marc Vallée, at helm and an A-list cast, ‘Demolition’ is ensured to be far from being a demolition, like its title.

‘Demolition’ is the story of a successful investment banker, Davis Mitchell (Jake Gyllenhaal), and the emotional struggles he goes through when overcoming grief from losing his wife in a tragic car accident. Adding on to the emotional pain is pressure from his father-in-law, Phil (Chris Cooper), to pull himself together. From series of complaint letters to a vending machine company to the unusual connection he has with the customer service rep, Karen (Naomi Watts), Davis life starts to unravel before him. And with Karen and her son Chris (Judah Lewis) aiding him, Davis starts to rebuild while demolishing the old life he once lived.

With the director of critically acclaimed films such as ‘C.R.A.Z.Y.’,  ‘Dallas Buyers Club’ and ‘Wild’ at helm, audiences know going in that ‘Demolition’ will be a thought provoking film that packs a serious emotional punch. And as expected, ‘Demolition’ is exactly that. Jean-Marc Vallée’s masterful directing abilities are evident in this film. Heavy hitting themes may be a bore for some audience members who choose to prefer watching films to be entertained. However, a layer of unpredictability is present throughout the film to keep said audience members engaged. This is due to the unique editing style of jump cuts used by Vallée. Such jump cuts are used commonly for action movies to pump adrenaline and intensity into the film, increasing the pace. However when used here in ‘Demolition’, not only is the same effect achieved but works well for both the heavy scenes, as well as, the comedy. ‘Blink-it-and-you-missed-it’ shots are also heavily utilized for the overall unexpectedness of the film.

Speaking of unexpectedness, right from the opening scene, the film already catches viewers off guard. In less than five minutes of the opening, a seeminly normal conversation between Davis and his wife,Julia (Heather Lind), qucikly spirals into tragic accident. The next moments are the first use of jump cut editting, with quick flashes of shots and a steady lull of a heart beats. From this moment on, audiences know that they are in for unique ride and eagerly await the next scene. Whether the afroementioned ‘flashes’ moments are in the script or not, applause must be given to the writer, Bryan Sipe for his boldness to start directly with such shock value.

Sipe’s script is already filled with metaphors. In addition to these metaphorical elements, Vallée places visual metaphors throughout the entire film. This led to the film beating you over the head with them, which may be a put off to some viewers. Some of these metaphors are unrealized while others seem to be over the top. Technicolor warm tones in the hospital scenes and contrasting cold tones in Davis' house scenes, Vallée manages to bring out a cluster of feelings from audiences. This combined with the metaphor allowed the audiences to go through a wave of emotions.

It is very evident that everyone working on the film is very passionate about it. This is especially evident in the actors. Despite Jake Gyllenhaal playing a similar role to his character in ‘Southpaw’- a widower attempting to get his life back in order, Davis Mitchell is a far more complex character. Unlike his ‘Southpaw’ role, whereby heavy emphasis is on physique, playing Davis Mitchell requires more emotion. Portraying a character undergoing a mental breakdown is a tough job, one that Gyllenhaal succeeds in. On paper, his character may seem to be unrelatable and even dislikable. That’s where Gyllenhaal utilizes his talents in making Davis one who the audience supports. There is a certain vulnerability from Davis Mitchell that audiences sympathizes with and such credit must be given to Gyllenhaal. Along with his role in ‘Nightcrawler’, it is safe to say, Gyllenhaal is one of the best working actors presently. As Davis’ father in law, Phil, Chris Cooper gives an excellent performance. With the advice, “If you wanna fix something, you gotta take it apart and figure out what's important”, Phil wants essentially the one who sets Davis on the path of demolition. Phil may come across as a more relatable character than Davis. This is due to not everyone has through a mental breakdown and it is understandable why Phil is undergoing such frustration. Cooper’s performance manages to convey to viewers Phil’s love for his daughter and his son in law.

Naomi Watts does a fine job as Karen. Karen is the only character in the film that fully empathizes with Davis and supports him. Their chemistry is present in their relationship, which makes it believable. However, due to both Karen and Davis are characters that are not necessarily mentally stable; many would compare their relationship to a relationship in David O Russell’s ‘Silver Linings Playbook’. Other subplots in the film also bare a few similarities with Silver Linings. This leads me to one of my gripes about the film is that how similar it is to other movies. Other than ‘Silver Linings Playbook’, there is a bit of ‘American Psycho’ vibe coming off Davis’ character. This may trick audiences into thinking that the film may go the route of psychopathy.  But the film did not and ended up being a really human film. One more thing that stands out in the film is the soundtrack. As mentioned before, this film is made with passion and in the music choices it clearly shows. The song choices are brilliant and suit the scenes when used. This adds plausibility to ‘Demolition’ and its characters.

The entire film could be said to be a hidden metaphor by itself.  The comedy in the film not only acts as breathers but also highlights how in life, there are moments of joy and sadness. Different types of camera movements used shows how our viewpoints may change throughout the course of life. This makes the film a very deep one. One that may make you reflects upon your life while different emotion evoke from within you. However, the complex themes and heavy bombardment of metaphors will make ‘Demolition’ a film not for everyone and a though watch for some.

(An unpredicatable and profound perfomance-driven ride heavy handed with metaphors, 'Demolition' may not be made for all, but there should be little doubt that Jake Gyllenhaal is one of the best actors working today) 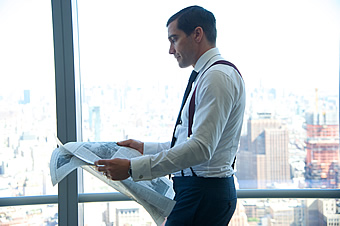 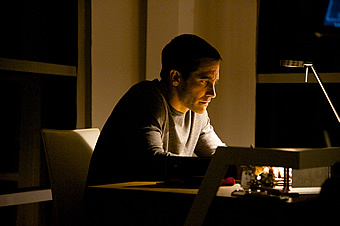 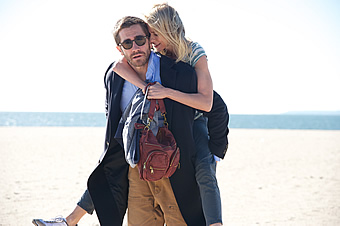 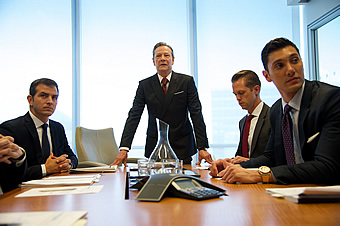