Synopsis: ENEMY tells the story of a university lecturer named Adam (Gyllenhaal) who is nearing the end of a relationship with his girlfriend Mary (Laurent). One night, while watching a film, Adam spots a minor actor who looks just like him. Consumed by the desire to meet his double, Adam tracks down Anthony, an actor living with his pregnant wife Helen (Gadon) and engages him in a complex and dangerous struggle. The film is a haunting and provocative psychosexual thriller about duality and identity, where in the end only one man will survive.

Ecstasy wasn’t the first thing on this writer’s mind when he was assigned to review Canadian director Denis Villeneuve’s last film Prisoners. Sure, the American production had an impressive ensemble cast including Hugh Jackman, Jake Gyllenhaal, Viola Davis, Maria Bello, Terrence Howard, Melissa Leo and Paul Dano – but the 153 minute runtime spelt d-r-a-g-g-i-n-e-s-s. It didn’t help that the distributor arranged for a late night screening, which only means that viewers will be dead beat, especially after a long day’s battle in the corporate war zone.

Surprise, surprise. The thriller turned out to be one of this reviewer’s favourite films last year. Without giving too much away, let’s just say the last shot will leave you unsettled for some time (we are still wondering why the two lead actors were not recognised at any major film awards).

So it was with bated breath as this columnist awaits Villeneuve’s latest work to reach our shores. After all, the mainstream audiences here probably only got to know him from his Oscar nominated Incedies (2010). His works before that (2009’s Polytechnique, 2000’s Maelstrom, 1998’s Un 32 aout sur terre, amongst others) probably do not ring a bell. The first thing this writer checked when this film was on the distributor’s schedule was the runtime. 91 minutes – was there a printing error? When was the last time you sat through a one and a half hour movie? Could this brevity be a good thing?

Villeneuve teams up with Gyllenhaal in this psychological thriller to tell the story of an academic who in increasingly uninterested in his beautiful girlfriend (Inglourious Basterd and Now You See Me’s Melanie Laurent). Things take a twisted turn when he spots his lookalike while watching a movie. He decides to track this person down, and again, without giving too much away, things do get spookily intense.

This is clearly Gyllenhaal’s show, having to portray two different characters. You learn to empathise with both characters, despite their very different personalities. There comes a point when you do not bother who the protagonist is, and whether the antagonist is one that should perish by the end of the film. Gyllenhaal had his fair share of impressive on screen performances, including a gay cowboy in 2006’s BrokebackMountainwhich earned him a Best Supporting Actor Oscar nomination (he lost to Syriana’s George Clooney) and various charismatic characters in 2005’s Jarhead, 2007’s Rendition and 2010’s Prince of Persia: The Sands of Time.

But the one film which Gyllenhaal may have tapped on for inspiration for his latest performance is the indie hit we knew him from: 2001’s Donnie Darko. The twitchy and edgy performance by the 33 year old actor is one you will not forget easily. Couple that with Javier Gullon’s screenplay based on Jose Saramago’s novled The Double, and you get a tense but sometimes frustrating thriller that may not go down well with impatient viewers.

There is suspense, weirdness and a metaphysical structure in this film which demands your full attention and appeals for you to expect something out of the ordinary. The ensemble cast which includes Isabella Rossellini (My Dog Tulip, Late Bloomers), Sarah Gadon (A Dangerous Method, The Nut Job) and Stepen R Hart (Oz the Great and Powerful, The Mortal Instruments: City of Bones) deliver competent performances.

What about the 91 minute runtime? Under Villeneuve’s masterful direction, the film is succinctly told in a intriguingly existential manner that will leave you pondering long after the credits roll. 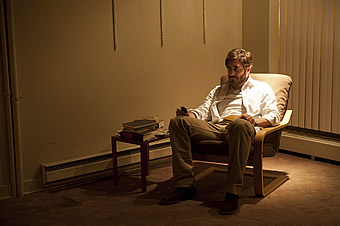 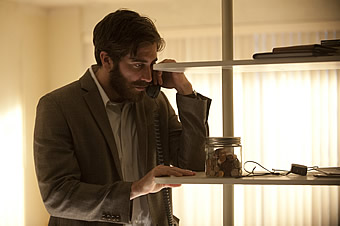 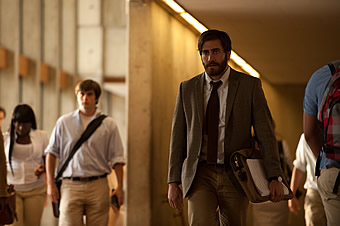 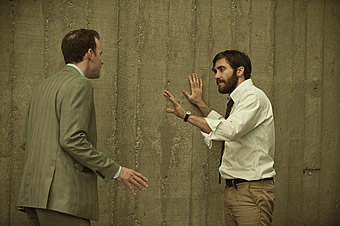 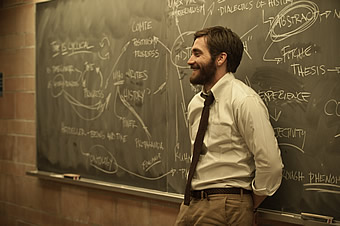 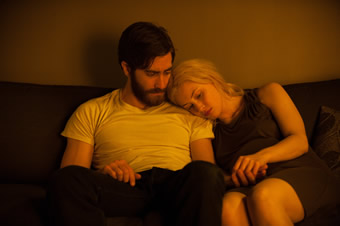