Maggie is an alluring free spirit who won't let anyone - or anything - tie her down. But she meets her match in Jamie, whose relentless and nearly infallible charm serve him well with the ladies and in the cutthroat world of pharmaceutical sales. Maggie and Jamie's evolving relationship takes them both by surprise, as they find themselves under the influence of the ultimate drug: love.

Sometimes, all it takes to make a successful romantic comedy is having two extremely likeable and good-looking leads with sizzling chemistry. And that's what saves Love & Other Drugs, an otherwise befuddled and formulaic comedy with scattershot laughs.

Set some time before the launch of Viagra as a treatment for erectile dysfunction in 1998, it charts the rise of a pharmaceutical salesman, Jamie Randall (Jake Gyllenhaal), and his wavering relationship with a commitment-phobic 25-year-old Maggie (Anne Hathaway), who suffers from Stage 1 Parkinson's Disease.

Although Love & Other Drugs is worth a look for Hathaway's uninhibited performance, it is too unfocused for me to give a strong recommendation. Director Edward Zwick who cut his teeth in making mainstream epic actioners like Defiance and Blood Diamond can't seem to hold the movie together. It suffers from tonal inconsistencies and often feels like a few movies of different genres quashed into one; it flits unexpectedly from scatological comedy to poignant adult drama (that showcases a lot of skin) to mild satire.

With a mishmash of ideas and plot points that are never fully developed or wholly addressed, the whole experience becomes rather unsatisfying and unmemorable. The movie works best during intimate moments when Hathaway and Gyllenhaal huddle together in the bedroom or talk over the coffee table. It is largely due to their easy on-screen chemistry, which makes it easier to overlook the largely flimsy script that is only sporadically peppered with witty one-liners.

All thanks to the gamely leads, the things you're likely to remember about the movie are Hathaway's perky breasts and Gyllenhaal's butt, amidst their frequent scenes of humping. Going against their squeaky clean images, Hathaway and Gyllenhaal bare a lot physically and emotionally. But between the two, Hathaway gives the stronger performance as she has the juicier role of a conflicted patient and has to straddle fiery obstinacy and emotional volatility. Jamie's transition from an egotistical bed-hopping Casanova to a selfless boyfriend isn't fully mapped out. But Gyllenhaal does the best he can with his puppy-dog eyes.

When the ending tries to be emotionally poignant, I can't help but feel I've seen it all before. The goosebumps on my skin rose at the too-good-to-be-true confessional dialogue. But at the same time, my sentimental side started to get the better of me and my eyes welled up. There, I've caved in. 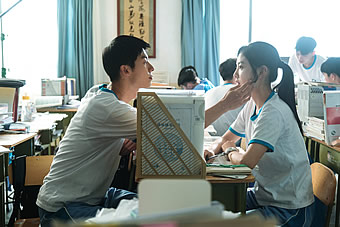 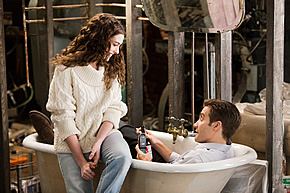 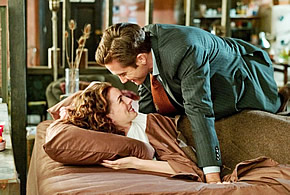