Synopsis: This is the story of two dreamers - boxer Tiger (starring Jacky Heung) and Cuckoo (starring Keru Wang) - and the encounter that changes their lives. They met at a MMA tournament program and Tiger was tasked to collect Cuckoo’s debt. An odd relationship begins and they soon rely on each other. To pay off her debts, Cuckoo joins the talent competition Songstress. After settling her debts, Tiger decided to quit boxing and chase after his dream. However, he realises that boxing was an inseparable part of him and returns to the ring. With his boxing match and Cuckoo’s final round of Songstress only a city block apart, their dreams brought them back together again…

Chasing Dream marks the first collaboration between legendary HK director Johnnie To and his frequent working partner, Wai Ka Fai, after an absence of five years. It’s not simply just a case of absence making the heart fonder but more of making up for the star-studded yet shallow, romantic sequel to Don’t Go Breaking My Heart.

Jacky Heung (League of Gods), son of China Star Entertainment’s boss, Charles plays Tiger, a budding MMA fighter who meets a budding singer, Cuckoo (Keru Wang from Youth). With risk of losing his eyesight and a ruptured liver, Tiger dreams of opening a hotpot restaurant in the future. But for now, he is making ends meet by being a debt collector as well. And on one occasion, he stumbles upon Cuckoo, one of his debtors who happened to be lost in her life but yet dreams of being a singer. Thus this unlikely pair turned from enemies to friends and as a result, drawing audiences along their bittersweet journey in life.

It’s a classic act of cute boy meets girl setup no doubt, something which To and Wai first did with Turn Left, Turn Right. But with Chasing Dream, the two dynamic filmmakers decide to pepper the story with a bit more. A lot more in fact. Not satisfy of being just a sports movie about MMA, it’s also a movie about reality singing competitions. Predictably, a love affair involving two young aspiring individuals. And the biggest takeaway of all, it’s a motivational movie that talks to the current generation of young people- “Never ever give up on your dreams” even though you might helmed from the lowest rungs of society.

As the title hints you, Chasing Dream is basically a mash-up of Step Up, Unbeatable and the duo’s very own Throwdown. It contains elements that audiences are so familiar with yet never a minute of boredom is conjured from the two seasoned filmmakers. There are some light-hearted, slapstick humour that pokes fun at the countless singing competitions on the market which only To can pull off with great aplomb in the first half of the movie. Then comes the obligatory misunderstanding that drifts the couple apart followed by a predictable ending of sorts.

And inbetween there is a subplot that involves Tiger’s boxing master, Ma Qing (Shao Bing), an ex-medallist winner who has now fallen on hard times. To revive his struggling boxing school, Ma decides to take on a deadly opponent for the money. Tiger, who can’t bear to leave his aging master in the lurch chooses to fight again in the end. Cuckoo on the other hand has to deal with her ex, a scumbag who cheated her money and music only to become a successful idol. With the help of a veteran singer, can Cuckoo make a comeback in her life and will she reunite with Tiger?

Although it does periodically delivered a few noteworthy scenes, those heading into Chasing Dream expecting a hard-hitting MMA-style action drama will be sorely disappointed as this is not entirely the focus here. No surprise at all, it’s one half of a movie that is filled with pop music (mostly covered by Taiwanese singer Erika Liu) and dance moves. Nonetheless, narratively speaking, it’s still somewhat enjoyable owing to the tremendous chemistry shared by Jacky and Keru Wang. Jacky might not possessed the typical good looks of a Chinese idol but he is extremely likeable portraying the gluttonous, neurotic and wild Tiger and Keru Wang delivers a moving believable performance as the talented yet struggling Cuckoo.

It’s hard not to love a movie like Chasing Dream though despite some slight awkward mishap like the undercooked subplots. Obviously it’s not a genre adorned by hardcore fans of Milkway who is known for their testosterone-filled action stuff and mostly feature regular cast members as the leads. But watching veterans liked To and Wai venturing out of their safety zone to produce a movie that caters to the younger crowd is somewhat affable and heartwarming.

(A crowd pleaser that targets the young audiences - a surprise from Johnnie To and Wai Ka Fai, not forgetting a great leading man in the form of Jacky Heung) 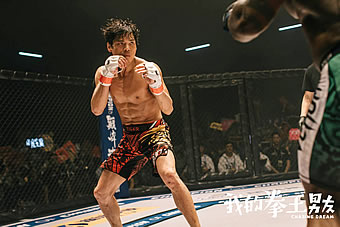 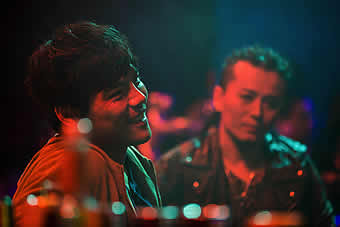 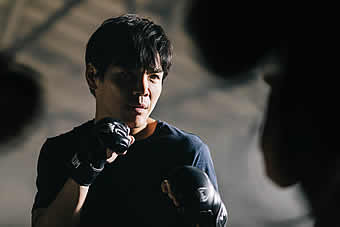 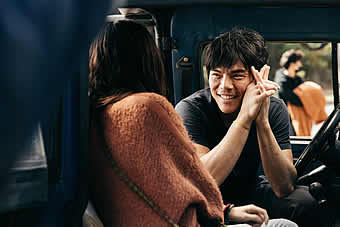 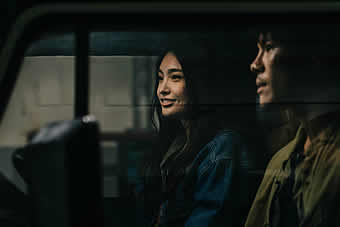