Synopsis: Like a scene straight out of a movie, on the day superstar Michael is to marry his actress sweetheart Yuan Yuan, a coal miner shows up and runs off with the bride. While dodging the paparazzi, Michael inadvertently boards a truck driven by Sue and ends up in Shangri-la. Sue is the innkeeper of a local inn and allows the rather depressed Michael to stay and get his life back together. During his stay, Michael finds out Sue is a die-hard fan and Michael’s movies are the links of Sue’s marriage. Unfortunately, her husband, Tian, disappeared 7 years ago near the inn and hasn’t been found ever since. Year after year, the rescue team looks for Tian and Sue hasn’t given up either. But when hope turns into despair, Sue commits suicide and Michael rescues her. As time goes by, Michael nurses Sue back to health and encourages her to put Tian behind her. When they both sense love is in the air, Sue gets word Tian’s body has been found. Unable to forget her husband, Sue turns Michael down. In memory of this magical journey, Michael turns it into a movie and personally persuades Yuan Yuan to star in the leading role of his film, “Romancing Into Thin Air”....

Oh, look – it’s Louis Koo again. Didn’t we just see him in, err, another movie? Yes, the good looking Hong Kong artiste is appearing in yet another production, and the tanned one does seem a little tired in this Johnnie To directed romance flick. But luckily for Koo, his role in this beautiful film allows him to appear weary and withdrawn most of the time.

Koo plays a up and coming superstar who had everything going for him, until his bride runs away at their wedding ceremony. Depressed, the man ends up in Yunnan’s Shangri La by chance (some call it fate) and meets a miserable woman who happens to be his die hard fan a long, long time ago. For the following one and a half hours or so, we see how these two individuals come together in a relationship that is bittersweet and like how you’d expect – romantic.

The Chinese title for the movie has a “II” attached to it, suggesting that this is a sequel of some sort. Without giving too much away, let’s just say the plot develops in such a way that the couple’s eventual outcome is like a second parter to a first movie.

With that out of the way, we welcome To’s return to romance dramas. After all, the prolific Hong Kong filmmakers is known for his MIlkyway productions which explore the darker side of human nature (Election series, Vengeance, Life Without Principle). Some of To’s best works include Yesterday Once More (2004) and Needing You… (2000), which tell touching love stories. In his latest project, he intertwines three lives together and the result is a somewhat predictable but still enjoyable romance drama.

As much as we were hoping that this would be a tearjerker, we didn’t find ourselves empathizing too much with the protagonists’ fates. Maybe it’s the frequent and lengthy use of flashbacks to tell stories. Maybe it’s the disengaging way the film progresses. Or maybe it’s just how this 112 minute movie doesn’t provide much surprises, considering it’s helmed by To.

There are, however, a few pleasures while watching this movie. The breathtaking scenery in the picturesque Shangri La is the highlight of the production. One can only imagine himself being the protagonist in a movie like this, running in the snow with magnificent mountains as a backdrop. While Koo delivers a decent performance as a down and out celebrity (doesn’t the tanned star feel any fatigue after appearing in one movie after another?), it is his co star Sammi Cheng who gives a moving, and dare we say it, award winning worthy showcase of emotions in her role as a woman who is trying very hard to let go of the past.

Koo and Cheng’s on screen chemistry is supported by a similarly commendable supporting cast, which includes 1970s movie idol Tien Niu as a kind doctor, Li Guangjie as Cheng’s missing husband and Gao Yuanyuan as a runaway bride. In addition, movie goers would also be pleased to know that this movie is presented in its original soundtrack here. You’d be able to hear the characters speak in both Mandarin and Cantonese, a move we’d always welcome.

With Valentine’s Day round the corner, this is one movie you’d want to bring your loved one to watch. It may not be the best love story you’ve seen on screen, but it does its job of featuring good looking people in a love story.

(Pretty to look at, this Johnnie To romance drama would have worked with a little more emotional punch) 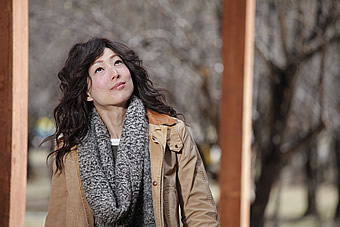 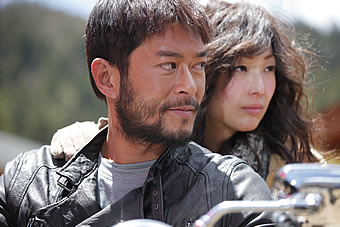