Synopsis: Fai (Nick Cheung), once a world champion in boxing, escapes to Macau from the loan sharks and unexpectedly encounters Qi (Eddie Peng), a young chap who is determined to win a boxing match. Fai becomes Qi’s mentor and rediscovers his passion to fight not only in the ring but for his life and ones he cares…

Few actor-director collaborations in recent years have been as rewarding - and certainly none so in Hong Kong - as that between Nick Cheung and Dante Lam. Arguably one of the finest actors in the industry, Cheung’s best roles of late have been as a tortured gun-for-hire in Lam’s ‘Beast Stalker’ (for which he won Best Actor at the Hong Kong Film Awards and Golden Horse Awards) and as an equally agonised police detective in Lam’s ‘The Stool Pigeon’ (for which he was nominated Best Actor at the HKFA). And in Cheung, Lam has found a dexterous actor capable of portraying the kind of complex roles his male character-driven action dramas needed, fuelling a career resurgence that has cemented his status as one of the foremost directors in the territory.

It is with great pride that we proclaim their track record remains - for the lack of a better word - unbeatable with this third collaboration set in the world of competitive Mixed Martial Arts (MMA). On hindsight, the sport does come off as a perfect backdrop for a Dante Lam film - after all, from ‘Beast Stalker’ to ‘The Stool Pigeon’ to ‘Fire of Conscience’ and even ‘The Viral Factor’, Lam has consistently played with the idea that life in itself is a fatalistic battle, and in ‘Unbeatable’, he finds a most befitting metaphor in the fighting ring. But to mount a compelling movie, he would have required an actor as convincing in the ring as he would be outside it, neither of which anyone can say otherwise about Cheung, whose strenuous training for the role shows in every bit of his physique and combat skills.

Cheung is without a doubt the very heart and soul of the movie, bringing considerable nuance, complexity and empathy to his portrayal of a flawed, troubled yet determined boxer given his shot at redemption. Through multiple flashbacks in the first half of the movie, Lam paints a sad picture of a broken individual carrying the scars from his past - in particular, as a disgraced fighter who threw his promising career down the drain for taking bribes to rig fights. Nicknamed ‘Scumbag’, the now middle-aged Ching Fai crosses paths with Si-Qi (Eddie Peng), the son of a now-bankrupt real estate tycoon (Jack Kao) whose lack of academic credentials or work experience means he has no choice but to take up menial jobs to look after his father.

Siqi has enrolled in the Golden Rumble MMA championship despite zero training in a bid to prove to his father, as well as himself, that he can do something well if he sets his mind and heart to it. At a neighbourhood gym, Siqi gets to meet and know Fai’s past as a champion boxer, and persuades the latter to be his coach. Whereas Siqi needs Fai to find purpose in life, Fai sees an opportunity to relive his glory days through the raw but promising Siqi, whose willpower Fai recognises as his potential winning edge. They are wounded souls beaten but not defeated, and Lam uses their journey as mentor and protégé to illustrate how both subsequently reclaim their lives.

Besides Siqi, Fai also finds humanity by becoming the de facto guardian of a 10-year-old girl Dani (Crystal Lee) whose mother Gwen (Mei Ting) he rents a room from. In the same prologue that establishes Fai and Siqi’s plight, we also glimpse Gwen’s tragic circumstance, the drowning of her infant son in the bathtub of their very home while she was passed out drunk on the couch precipitating a bout of mental illness and her current still fragile state. It probably comes as little surprise that Dani turns out to be a precocious kid for her age who ends up looking after her mother, but clichéd though that may be, only the hardest of hearts will not be moved by the tender companionship that develops between Fai, Gwen and Dani through a deft screenplay by Lam, his screenwriting muse Jack Ng and first-time writer Fung Chi-fung as well as a sharp, funny and warm performance by Lee.

Indeed, what could easily have been maudlin is in the hands of Lam genuine and affecting, a tearjerker if you will that coaxes rather than wrings its audience’s emotions. Lam’s emphasis on character is crystal clear from the way he takes his time to develop them as well as their relationships, striving for gritty realism at every turn. Contrary to what some may think, this isn’t one of those movies where plot and character are simply afterthoughts; rather, they are here as critical as the action, which we warn will surprise certain audiences looking for blood as soon as the lights dim.

Not to say that the latter instead becomes auxiliary; if there is one thing that Lam has done consistently well throughout his career, it is to deliver intense action when the time comes. Saving the bouts for the latter half of the film, Lam unleashes some truly exhilarating sequences as the MMA championship gets underway. Working with action director Ling Chi-wah and consultants Henry Chan and Dave Lam, he aims for the highest level of authenticity in the filmed bouts, even if it means pushing his actors Cheung, Peng as well as supporting Andy On to punishing limits. Not only are they well-choreographed, they are also beautifully shot, with Kenny Tse’s combination of close-ups, quick zooms and medium shots ensuring that we are always in the thick and heat of the action.

Of course, that would not have been possible without the reciprocal commitment of Cheung and Peng. Cheung’s bodily transformation is awe-inspiring to say the very least, more so when one considers that the actor is already 45 years of age. Ditto for Taiwanese actor Peng, who goes even further than the preparation he underwent for the gymnastics-themed movie ‘Jump! Ashin’ by reducing his body fat to a mere three percent to show off every sinew and muscle in glorious detail. More than just in physical terms, Cheung and Peng complement each other in their dramatic scenes, sharing an easy rapport that lends the bond between them true poignancy.

Yes, for a film that might be tempted to pummel its audience with numbing action or overwhelm us with melodrama, this does neither. Lam modulates the rhythm of his movie with heartfelt drama, thrilling action and unaffected humour - and unlikely as the last may sound, that is exactly what comes out of the relationship between Cheung and Lee, as well as that between Cheung and Peng as they cheekily poke fun at the close contact that the sport brings two men together. By once again placing character before action, Lam crafts a captivating portrait of fallen individuals rising to the challenge of life, that is itself brimming with heart and hope. It is also uniquely poetic and lyrical, simply moving in its use of Kina Grandis’ cover of Simon & Garfunkel’s “The Sound of Silence.”

(Buoyed by Nick Cheung's performance par excellence, Dante Lam's MMA-based character-driven drama that uses the sport as a metaphor for the fight that is life itself is thrilling, heartfelt, poignant, humorous and unexpectedly lyrical) 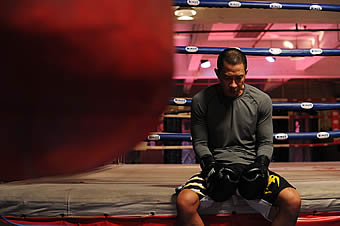 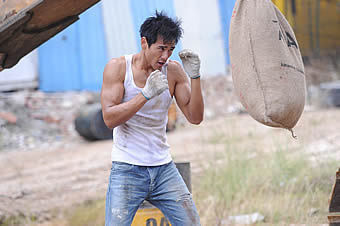 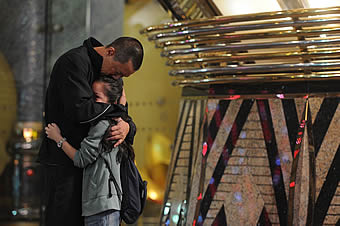 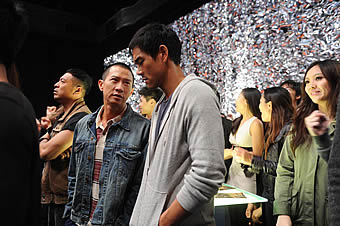 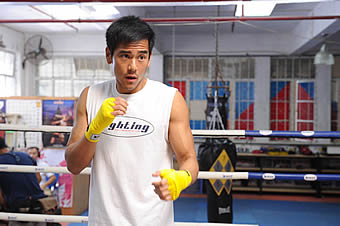 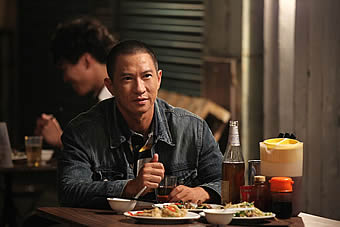