Synopsis: Marvel Studios presents “Marvel’s The Avengers”—the Super Hero team up of a lifetime, featuring iconic Marvel Super Heroes Iron Man, The Incredible Hulk, Thor, Captain America, Hawkeye and Black Widow. When an unexpected enemy emerges that threatens global safety and security, Nick Fury, Director of the international peacekeeping agency known as S.H.I.E.L.D., finds himself in need of a team to pull the world back from the brink of disaster. Spanning the globe, a daring recruitment effort begins.

A colossal wave of fevered anticipation has preceded the arrival of ‘Marvel’s The Avengers’, the culmination of five incredibly successful standalone films over the last four years-  ‘Iron Man’ and ‘The Incredible Hulk’ in 2008; ‘Iron Man 2’ in 2010; as well as ‘Thor’ and ‘Captain America: The First Avenger’ last year.  Not only has helmer Joss Whedon not cracked under the immense hype, he has amazingly managed to surpass the loftiest expectations with a movie that towers over the rest that have come before it, combining jaw-dropping action, tongue-in-cheek humour and poignant drama into a dazzling piece of summer blockbuster entertainment.

Proving that the whole can be so much more than the sum of its parts, Wheedon has distilled the best elements of each of the preceding movies into this assembly of Marvel superheroes- Iron Man is wiry and snarky as ever; Thor is just as Godly in his might but Human-ly in his compassion; and Captain America is still appealingly old-school. The Hulk, or Bruce Banner in his human form, is quite something else altogether though (being the only character to have a change of actor from the aforementioned films) and very much all the better for it- but we’ll save our gushing for later.

It shouldn’t come as any surprise that the one movie which ‘Avengers’ is most intimately associated with is ‘Thor’, given that both share the same villain- Thor’s adopted brother and fellow Asgardian Loki (Tom Hiddleston)- and that Wheedon did shoot the post-credits scene with Loki and S.H.I.E.L.D. director Nick Fury (Samuel L. Jackson). Opening with a recurring character from that movie, Dr Erik Selvig (Stellan Skarsgard) is now assisting with experiments on the Tessaract- for the uninitiated, the cosmic cube which endowed Captain America’s villain The Red Skull with his powers- which has quite unexpectedly displayed a life of its own.

Turns out that the fallen Loki has been drafted by an alien race to lead its invasion of Earth, using the same Tessaract as a portal to cross over from their universe to ours- and his arrival not only leads to the decimation of the S.H.I.E.L.D. base, but also the takeover of Hawkeye (Jeremy Renner) and Dr Selvig to do his bidding. With the fate of the world in the balance, Fury activates his ‘Avengers’ initiative to gather the aforementioned superheroes with two others- Black Widow or Natasha Romanoff (Scarlett Johannson) first seen in ‘Iron Man 2’; and of course Hawkeye or Clint Barton who had a blink-and-you’ll-miss cameo in ‘Thor’.

Fans of either can rest easy- though they haven’t had the same limelight as the other characters, Wheedon gives equal screen time to each member of the alliance, reinforcing the fact that this is a team effort where no one individual is more or less important than the other. In fact, it is Hawkeye’s impressive archery skills and Black Widow’s keen psychological methods of interrogation (in addition to her agility) that we see first- even before the other more prominent superhero characters take to the screen.

Right from the outset, it’s clear that there is organic spontaneity in Wheedon’s storytelling, as he fluently weaves together the recruiting exercise by Fury and his trusted agent Phil Coulson (Clark Gregg) of the participating superheroes. The best he saves for last, so even though Thor only first appears half an hour into the movie, his is a spectacular entrance befitting of that for a God, crossing paths with Iron Man for a thunderous one-on-one clash in the middle of the woods.

True to the spirit of the books, the assembly of these superheroes begins on a fractious note- chiefly due to Stark’s distrust of Fury and disdain for the star-and-stripes-outfitted Captain America. Instead, Stark teams up with the only person he deigns as his intellectual equal- Bruce Banner aka Hulk- to locate the Tessaract and uncover what dirty secrets Fury has been keeping from the rest of them. The answer to the latter isn’t all too unexpected, but kudos to Wheedon for tying this little detail nicely with what happened in ‘Thor’.

It will take something colossal to jolt them out of their self-centredness- and believe us when we say that game-changer is certainly massive (including the demise of one of the key supporting characters of the movie), counting for the first of two action setpieces in the movie that will undoubtedly qualify amongst some of the most spectacularly thrilling stuff you’ll see on the big screen this year. And just when you think it couldn’t get any better, Wheedon tops it with an even grander and absolutely breathtaking climax set in the heart of New York City that pits our heroes against Loki’s invading army of aliens.

The reason why the finale works so brilliantly is the same as why the entire movie is that awesome- Wheedon loves and respects each and every superhero character just as much. Just as he finds the perfect tone to combine the acerbic wit of Iron Man, the anachronistic jingo of Captain America and the affected histrionics of Thor in the first half of the movie, Wheedon gets the action pitch-perfect through reinforcing the individual powers of each one of the superheroes before uniting their strengths to form an even mightier coalition. It is nothing less than pure ecstasy when they join forces as a team, and you’ll find it difficult to resist getting up from your seat and cheering for them at various points throughout the remarkable finish.

Credit should also go to the excellent cast, which at this point in the franchise already radiate a natural affinity with their respective characters. It’s worthy to mention nonetheless that Robert Downey Jr. is back in top form after a lacklustre ‘Iron Man 2’ and once again playing Tony Stark as the irresistible rascal you can’t quite help but be drawn to. Despite not having the benefit of experience, Mark Ruffalo fits like a glove into the role of Bruce Banner vacated by Edward Norton- and his less cocksure but more nuanced portrayal is we dare say the best among the trio of actors (including Eric Bana) who had portrayed the character before.

This review however won’t be complete without a special shout-out for the Hulk, many fans of whom have been disappointed by both the Lee Ang and the later Louis Leterrier iteration of it. Here, Wheedon has finally gotten it right, blending both the character’s brains and brawn to crowdpleasing effect- even more so through some clever plotting that ensures Banner’s eventual transformation from man to beast is as rewarding as it should be. As unlikely as it may seem, we’d like to think that the Hulk ended up stealing more of parts of the movie than the other characters, and you can bet that the Hulk will get his standalone limelight soon enough.

But we’re getting a little ahead of ourselves here- as far as the ‘Avengers’ is concerned, there’s really no reason why you shouldn’t be running out and catching this the first instance it opens. Calling it the perfect summer blockbuster is probably not enough to do justice to just how brilliant it is, and well deserving of every superlative we have lavished on it thus far. Filled with wit, humour and incredible action, it ranks as one of the most- if not the most- entertaining and exhilarating experiences you’ll have at the movies this year.

And just one final word of caution- don’t be too quick to catch your breath after hyperventilating for more than two hours once the credits roll, there is a mid-credits sequence that teases the introduction of yet another key villain in the Marvel universe and we’ll simply divulge that he is as Death-ly as it gets.

(Beyond brilliant and beyond awesome, this perfectly plotted and skilfully assembled blend of wit, humour and jaw-dropping action is without a doubt the best superhero movie ever) 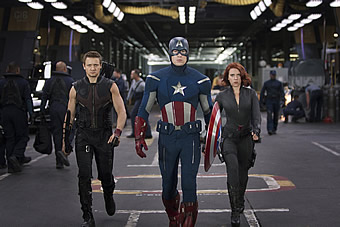 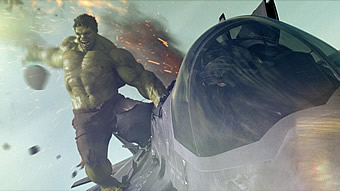 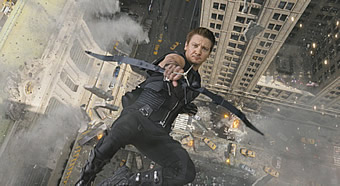 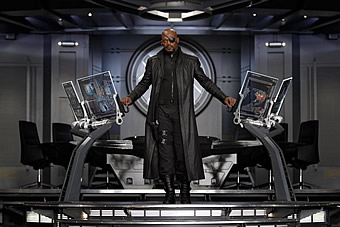 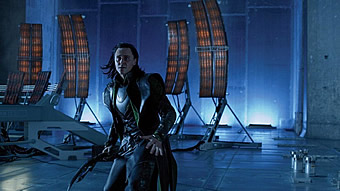 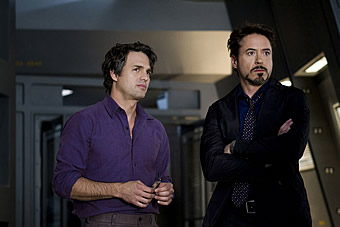