Synopsis: Marvel’s Captain America: Civil War picks up where “Avengers: Age of Ultron” left off, as Steve Rogers leads the new team of Avengers in their continued efforts to safeguard humanity. After another international incident involving the Avengers results in collateral damage, political pressure mounts to install a system of accountability and a governing body to determine when to enlist the services of the team. The new status quo fractures the Avengers while they try to protect the world from a new and nefarious villain.

All eyes are on Marvel’s Captain America: Civil War after Batman V Superman suffered serious bouts of bashing by critics and audiences alike. There are those who are waiting eagerly for Marvel’s crushing defeat and there are those who can’t wait to catch some Avengers in action. Team Cap or Team Stark? It doesn’t matter, strap in and enjoy this hell of a ride!

After a mission which killed 11 innocents in Lagos (a terrific opener that brought back Crossbones played by Frank Grillo) in addition to the disastrous events of New York and Sokovia, the actions of the Avengers are called into question by the government. The Secretary of State Thaddeus Ross (William Hurt reprising his role from The Incredible Hulk) wants the Avengers to sign a treaty – an agreement that their future actions be controlled by the United Nations.

Captain America (Chris Evans), Falcon (Anthony Mackie) and Scarlet Witch (Elizabeth Oslen) will have none of it while Tony Stark (Robert Downey Jr), War Machine (Don Cheadle), Black Widow (Scarlet Johansson) and Vision (Paul Bettany) are all ready to sign on the dotted line. This internal rift will of course lead to the movie’s title, a war in the making. A war that is not ignites by the superheroes but by an unseen sinister power lurking in the dark.

Rather than a plain silly slug out by the two teams of superheroes, the Russo brothers together with writers Christopher Markus and Stephen McFeely (both of whom worked on the earlier Captain Americas and Thor: The Dark World) have came out with more twists and turns than any other Marvel movies combined to justify their actions. Miraculously, they even have the time to tie in with the past, present and future Marvel cinematic universe.

For a carefree tech billionaire, it’s weird that Stark wanted accountability and as for the military trained Cap, it’s even weirder for him to reject authority. But there’s a reason for Cap to do so that is to save his bud, Bucky aka the brainwashed Winter Soldier (Sebastian Stan) from the hands of the government. Stark on his part has somehow softened since his Iron Man days and still feeling guilty over the dead of his parents and the innocents. The movie successfully established the reason why the conflict exists in a way better than the grudge Batman has against Superman.

Despite numerous characters appearing liked an Avengers 2.1 outing, most of them are given ample screentime and elaborate introductions (Chadwick Boseman’s Black Panther and Tom Holland’s Spider-Man are good examples), funny one-liners courtesy of the Falcon and occasionally Iron Man, a memorable heart-to-heart session between Vision and Scarlet Witch over paprika chicken, a laugh-out-loud superpower enhancement by Ant-Man (Paul Rudd) with Hawkeye (Jeremy Renner) making a late appearance. It never for one moment feels rush and it’s fortunate that most of the major battles and the exhilarating airport showdown took place in broad daylight so you can witness every kick-ass move.

While Captain America: Civil War no doubt is a solid entry, it does strangely omit the existence of Nick Fury, the ‘nanny’ of the Avengers especially when the UN is taking over his men. And secondly, no one in the team actually knows the whereabouts of Thor and Hulk while Scarlet Witch’s horrendous heavy accented English is mysteriously dropped but that’s just a minor gripe.

Despite the neligible missteps, it’s clear by now that Captain America: Civil War is so good on so many levels that Zack Snyder seriously needs to take notes before he rolls his camera for Justice League. The storytelling though serious and mature has no lack of humor. If not for the speed-up effect, the action partly choreographed by John Wick’s Chad Stahelski is stunning. The CGI by ILM, Double Negative and many others are flawless. With this outing sitting somewhere between the first Avengers and Captain America: The Winter Soldier, directors Joe and Anthony Russo indeed are the perfect folks to bring the Marvel Cinematic Universe to the next phase.

CAPTAIN AMERICA: THE FIRST AVENGER (2011)
Back 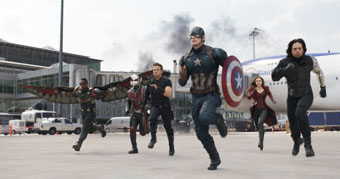 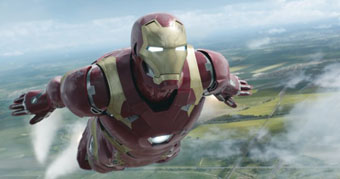 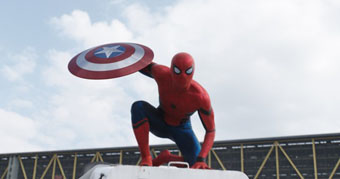