Synopsis: You ever hear the one about the cop, the songbird, the psycho and the mafia princess? "Birds of Prey (And the Fantabulous Emancipation of One Harley Quinn)" is a twisted tale told by Harley herself, as only Harley can tell it. When Gotham's most nefariously narcissistic villain, Roman Sionis, and his zealous right-hand, Zsasz, put a target on a young girl named Cass, the city is turned upside down looking for her. Harley, Huntress, Black Canary and Renee Montoya's paths collide, and the unlikely foursome have no choice but to team up to take Roman down.

What does one do after a major breakup?  Well, one has many possibilities.  And Harley Quinn just have to make a dramatic blast out of things.

Harley Quinn’s life without the Joker is quite an adventure for her, where she runs around from place to place and gets away from all sorts of trouble and trying to save a little girl from having to sacrifice her life for the evil antagonist with the help of other superheroes whom she meets along the way.

At first glance, you might have thought that you have subscribed yourself to some comic-based chick flick. But ‘chick flick’ is definitely the last thing on my mind from the first scene to the very end of the film.  And ‘chick flick’ is something that you would and should erase off your mind when watching this film.

Birds of Prey starts off with a simplified and palatable introduction to the life of Harley Quinn and then moves on to her life after the break-up with the Joker and how she copes with it and the adventures that entails with it, including getting into multiple outrageous incidents and a major showdown with the other superheroes against the evil.

The great thing about Birds of Prey is that fans and non-fans of the comic can both enjoy this DC offering, as it feels like a totally fresh story, yet those following the series would feel some affiliation with the film.

What is also great about the film is that the film engages all your senses through its intelligent and multi-faceted plot and colourful power-packed action, leaving one with so much to absorb and indulge in.  If that is not enough, the sound effects and visuals make the film even more impactful.

And the stellar cast, spearheaded by Margot Robbie and Ewan McGregor, gave stunning and emotionally charged performances, makes one feel so much for the character, whether or not they are lovable.

Of course, not all films are smooth flowing and perfect.  And this film is a perfect example of a very messy storytelling that might irritate some viewers who prefer to have a proper linear storytelling method, or at least one that does not seem to be slightly ‘choppy’.  However, it might be possible that the erraticism and eccentricity of Harley Quinn has influence the direction of the flow of the story and how it is being presented.

Also, Margot Robbie’s stole most of the limelight with her portrayal of Harley Quinn, so much so that it feels like the other superheroes like Black Canary, Huntress and Renee Montoya are overshadowed by her and they do not have that as much attention as Harley Quinn and only appear to be more prominent towards the end of the film.

Despite all of that, the storyline still fell quite perfectly into place and Cathy Yan did an amazing job moving the film towards a great direction and helping to elevate the statuses of female superheroes in general.

Birds of Prey is not just any comic film.  It is kicking with might and power and has enough action, humour and fun to make the film pleasurable and satisfying.  DC Comics is definitely off to a good start this year with this playful and thrill-seeking action comic film that is definitely a crowd pleaser.

Who would have thought being bad can be so good?

(Colourful and delightful till the very end. A twisted comic adventure that is sure to entertain and excite even the most jaded audience. Also, #GirlPower) 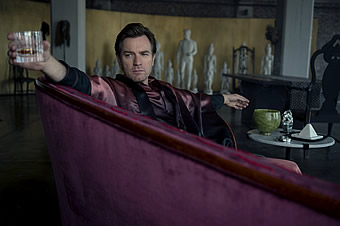