Synopsis: The Dark and The Wicked follows two siblings who are summoned back to the family farm to await the inevitability of their father's death. What initially appears to be a timeless ritual of loss and remembrance turns out to be something very different.

There are no big name stars attached to ‘The Dark and the Wicked’, nor for that matter is its writer and director Bryan Bertino that well-known in the horror genre as his fellow auteurs Ari Aster or Mike Flanagan, but this tidy farmland-set possession tale is a surprisingly effective chiller built on strong atmosphere and then some.

Bertino, who filmed the movie on his own family farm, conjures a story set in an eerie old cabin style house where its comatose patriarch (Michael Zagst) lies bedridden with an undisclosed malady. The matriarch (Julie Oliver-Touchstone) is convinced that an evil entity is trying to harm her husband, and despite never been religious, has amassed a collection of miniature crucifixes in a bid to ward off the evil.

Into this setting arrives the couple’s adult children, Louise (Marin Ireland) and Michael (Michael Abbott Jr.), who have put their lives on hold to spend a week with their dying father. Strangely, their mother chastises them for coming; she had told them to stay away, presumably for their own sakes, and soon after, not only slices off her fingers while cutting up vegetables with a sharp knife, but also hangs herself from the roof of the barnyard.

As the intertitles mark the course of the week, things on the farm get even stranger, and it becomes eminently clear that whatever entity was possessing the family is also after both Louise and Michael. The latter in particular gets it worse, and from a light switch that turns itself on, to visions of his late mother, right down to the profile of the demonic entity itself, Michael will eventually be driven to all but suicide. Louise will also in time be attacked by the entity, and let’s just say its ending is as bleak as it gets.

To be sure, ‘The Dark and the Wicked’ doesn’t rely so much on a conventional storyline as it does on atmosphere to get by, and it is to Bertino’s credit that he manages to sustain a simmering tension from start to finish. Bertino proves himself a master of dread, suffusing his movie with a palpable sense of loss and regret whilst building the presence of a lurking, malevolent entity. That also means those expecting a satisfying mystery will certainly be disappointed, as the plot is secondary to the mood Bertino tries to build ever so assiduously.

On the other hand, the narrative thinness instead allows Ireland’s riveting performance to shine through even more. Better known for her stage acting than her big-screen roles, the New York based actress is thoroughly impressive portraying a guilt-ridden daughter whose grief and fear of her parent’s death leaves her emotionally fragile and vulnerable to otherworldly evil. Her real, emotive yet never gimmicky act elevates the film, especially as hell starts to break loose.

To be sure, none of the film’s scares are entirely unique, but Bertino redeems himself by executing them with flair and confidence: the sheep bleating in the barn, homemade glass bottle wind chimes rattling, haunting shapes lurking in dark shadows, and of course the actual devil. Like it’s said, it’s built largely on atmosphere than anything else, and if you let it get to you, you’ll find yourself suitably unsettled and perhaps even unexpectedly unnerved.

(Less startling than unsettling, this tale of the Devil relies heavily on atmosphere to deliver its chills) 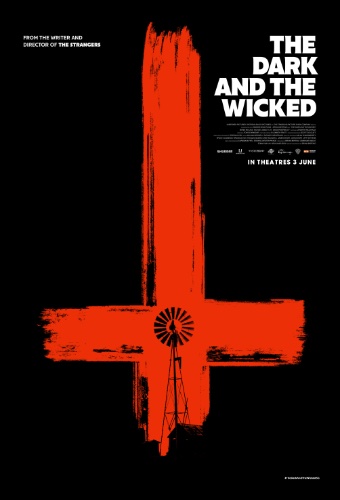