Synopsis: From the creator of The Strangers comes a world of the lost; freezing spitting needles of rain, thunderbolt lightning, hypothermic cold and disorientating utter darkness. Mother and daughter trapped and tormented in a pitch-black forest by a screeching creature - it is unlike anything we have heard before. Not human. Not animal. Like a thousand horses, like a mother’s clamour, a baby’s wail, a father’s howl. Their relationship at breaking point, 10 year-old Lizzy is all out of faith in her mother Kathy (Elisabeth Moss) but tries to stay brave and fearless. Kathy, on the edge, barely keeping it together, knows that only a mother’s protective love, her most primal instinct, can save her daughter from what's lurking in the darkness...

Lizzy’s (Ella Ballentine) narration of the above bookends this indie horror from writer-director Bryan Bertino, best known for his surprisingly effective thriller ‘The Strangers’ almost a decade ago which finds a couple at the crossroads of their marriage suddenly confronted with the threat of a random home invasion. There are parallels between that and the premise of ‘The Monster’, which strands an estranged mother-daughter pair on a lonely rural road and forces them to contend with a ferocious beast of unknown origin. Indeed, it is through fighting for their survival that they will each re-discover the deep bond between parent and child that exists between them, clouded over the years by emotionally destructive patterns which we learn stem from Lizzy’s mother’s substance abuse issues.

Oh yes, if you’re expecting a man-versus-monster showdown from start to finish, you’ll probably find your patience tested by the deliberate pacing here. In no hurry to show off the fairly old-school ink-black reptilian beast that is stalking Lizzy and her mother Kathy (Zoe Kazan) while they wait for help, Bertino spends the first hour building up the sense of dread that there is some creature out there which had attacked the wolf their vehicle had hit shortly after losing control, occasionally taking us away from that fateful night to earlier episodes between them that underscore the hurt, rage and guilt which now passes between them. These flashbacks also serve to lend context to a spare but powerful early scene, which sees Lizzy cleaning up her mother’s beer bottles and cigarette butts while waiting for her mother to wake up from her drunken stupor to drive her to her father’s.

It is not because of narrative cliché therefore that they are on the road so late at night, and Bertino is equally careful employing genre conventions here. A giant fang lying nearby the dead wolf that hints at the scars on the animal’s carcass which could not have come from the accident. The sudden disappearance of the wolf’s corpse despite the fact that the animal was clearly dead the last time they checked. A bloodied dismembered arm from the driver of the tow truck who had moments earlier been working under the chassis of their car to fix the leaking fuel. Slowly but surely, Bertino gathers anticipation for the title character watching and waiting in the cover of the trees, glanced only at the edges of the frame or draped in shadow while Kathy and Lizzy stay in the tight confines of their broken-down vehicle.

Once all hell breaks loose though, Bertino holds nothing back, and the last half-hour is brutal and relentless as the monster descends upon Kathy and Lizzy as well as the two ambulance personnel who have come to their rescue (but end up needing more help themselves). Even then, the relationship between mother and daughter remains at the heart of the horror, with Bertino’s script conspiring to make them rely on no one else but each other to survive the night. Thankfully then, his plotting is supported by two strong central performances. Kazan is entirely believable as a woman who became a mother too soon, with too little self-control to rein in her worst impulses; on the other hand, Ballentine is utterly convincing as a child who is forced to grow up faster than her years. Theirs is a fraught relationship of pathos, not caricature, and it is not difficult to root for them to make it out of this terror together.

What ‘The Monster’ deliberately omits is explanation for its menace, which remains a complete mystery right up to the end. Where did it come from? Why has it only appeared now? Why is it so bloodthirsty? Somewhat disappointingly, there is little attempt to shed light on these conundrums. But insofar as the struggle to slay the monster could in fact be a metaphor for the ‘monsters’ that lurk beneath the relationship between Kathy and Lizzy, we are willing to overlook these flaws of an otherwise well-acted, character-driven lean mean creature horror. It doesn’t reinvent the genre, but it’s a solid low-budget effort that knows what it sets out to achieve and accomplishes it neatly.

(Anchored by fierce performances by its two central leads, 'The Monster' is a lean, mean, character-driven horror that offers great atmosphere and effective thrills) 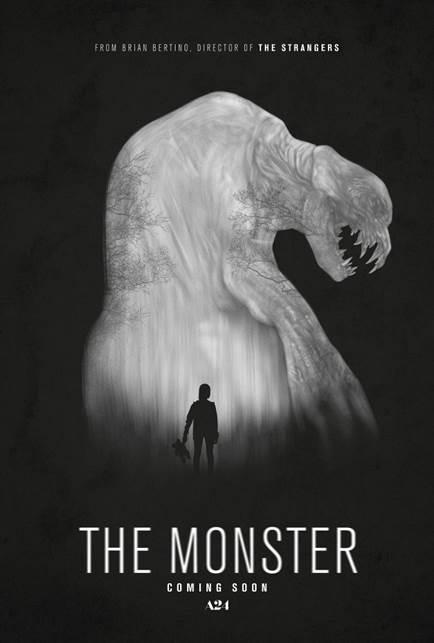 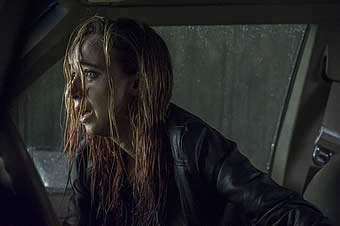 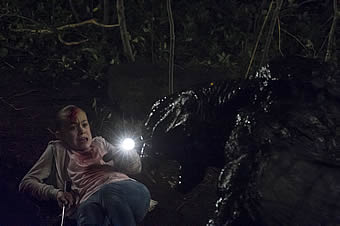 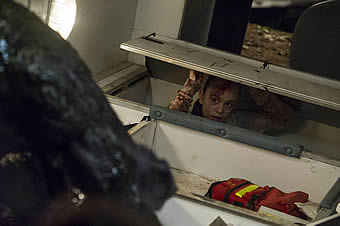