You will reach the legal age of 21 this year if you are born in 1999. I’m was only in my early twenties back then and I can still recall how excited I was leaving the screening of The Matrix, appalled at how bad Star Wars Episode 1 was and annoyed by the uncle snoring loudly at the screening of The Sixth Sense.

Brian Raftery’s Best. Movie. Year. Ever. How 1999 Blew Up The Big Screen is a jolt to the past for those who are still holding on to the memories and also for those who are too young back in 1999 to step into theatres or yet to be born movie-goers. Raftery who wrote for Wired, GQ and Rolling Stone delivers a book that is nostalgic, fun and painstakingly researched.

The chapters are spilt according to which season the movies are originally released. For example, The Blair Witch Project in winter, Star Wars Episode 1 in spring, The Mummy in summer and Fight Club in fall. This make for a much faster read if you chose to be selective although this is obviously not the recommended way to go through this entertaining book. Raftery conducted over 130 interviews with the people involved in the projects and also relied on archival sources to come up with brief but compelling chapters, interesting anecdotes about the difficulties faced by the stars and filmmakers.

Raftery’s point is 1999 is the year of a cinematic renaissance that none saw coming or may never see again. It marks the return of George Lucas after a long hiatus and Jar Jar Binks, a much maligned CG character. It introduced the Wachowskis, M. Night Shyamalan and Sam Mendes to moviegoers worldwide. Harvey Weinstein is still at his peak with Miramax behind The Talented Mr Ripley and The Cider House Rules. Kevin Spacey won Best Actor for his performance in American Beauty. What happened to Weinstein and Spacey two decades later amount to a new book altogether.

Looking at the list of the films of 1999, Kristen Dunst who starred in the original Spider-Man trilogy said it showed her how poor movies are these days. Perhaps she is right after all. Two decades later, all we have is a constant string of sequels, prequels and effects filled blockbusters. Only the television world is getting exciting as the days go as it is fast threatening the existence of the big screen. Netflix, HBO and Disney+. Perhaps another remarkable phase is upon us and Raftery might be busy writing about it in another decade. 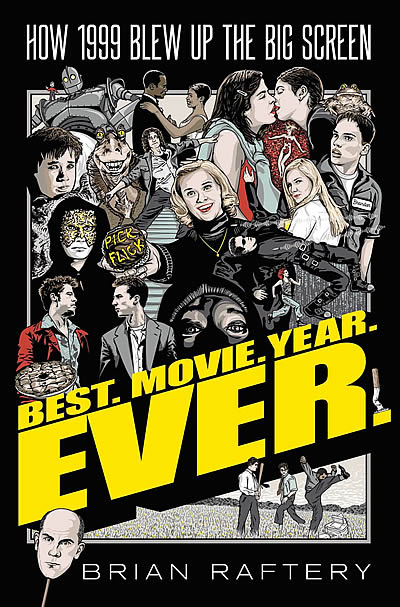