Synopsis: VOX LUX begins in 1999 when teenage sisters Celeste (Raffey Cassidy) and Eleanor (Stacy Martin) survive a seismic, violent tragedy. The sisters compose and perform a song about their experience, making something lovely and cathartic out of catastrophe - while also catapulting Celeste to stardom. By 2017, the now 31-year-old Celeste (Academy Award winner Natalie Portman) is mother to a teenage daughter of her own and struggling to navigate a career fraught with scandals when another act of terrifying violence demands her attention.

You thought you’ve seen Natalie Portman give it her all in Black Swan (2010) and Jackie (2016). Then this film comes along and shows you what the multi award winning actress (her countless accolades include one Oscar and two Golden Globes) is truly capable of.

The film startles you from the beginning with a truly shocking sequence. In 1999, a troubled boy shows up at a music lesson, kills the teacher and sprays bullets throughout the compound. One girl is shot in the neck and survives the horrific incident. And this is how we are introduced to Celeste (Raffey Cassidy), the protagonist of the story.

At a memorial for the victims, she sings a self penned song that becomes an anthem for the grieving community. Before the 14 year old knows it, she finds herself in showbiz and living what seems like the time of her life. She goes on tours with her sister, and the two seek companionship in each other. Then something happens on September 11, 2011. Other than the internationally known tragedy, an incident between the two sisters takes the film in a different direction during its second half.

This is where we meet Portman, who plays Celeste as a 30 something year old celebrity. She is tired, cynical and giving the world what it wants. Caught in a world where fame and fortune call the shots, she performs seemingly soulless pop songs and pleases her fans at sell out concerts.

Things don’t become any easier. A mass shooting where gunmen disguise themselves with masks from Celeste’s music video happens. Celeste has to address the issue at a press conference before her concert. Her daughter and estranged sister are in town. Just how much does a celebrity has to deal with, you wonder.

Told in chapters with a deadpan narration by Willem Dafoe (Murder on the Orient Express), the film directed by Brady Corbet is unlike anything you have seen. Yet, it speaks to you in volumes. Celeste tells her daughter how her videos are becoming worse over the years, but are somehow becoming more popular. She also says she can make more money by voicing a computer game character, but she is providing jobs for the people who are producing albums and concerts for her.

Ah, the cruel truth of showbiz.

The camera loves Cassidy (The Killing of a Sacred Deer) who plays young Celeste and elder Celeste’s daughter (smart move, in our opinion). Jude Law (Fantastic Beasts: The Crimes of Grindelwald) portrays a sleazy manager whom you just can’t trust and want to get far away from. But the show is clearly Portman’s. Her superstar diva exudes so much energy and ferociousness, it seems like a peek into a real life celebrity’s much admired but tiring life. She sings to original songs composed by Australian musician Sia. Could there be a fourth Academy Award nomination for the talented actress?

Clearly, this is an appropriate companion piece to Bradley Cooper’s A Star is Born starring Lady Gaga. This 110 minute film may not be as polished, but it is a more painful and poignant look at the world we live in today. What do we seek in the entertainment industry these days? Is the radio friendly pop music a form of art? Just how tainted and commercialised is showbiz now? One thing for sure – most celebrities, as exhausted as they are, will get themselves together for the show to go on. What happens after the curtains fall may be very heartbreaking.

(We may live in pain, but the show has to go on. This poignant takeaway makes this film a relevant piece of work in today's world.)

LOVE & OTHER IMPOSSIBLE PURSUITS AKA THE OTHER WOMAN (2009) 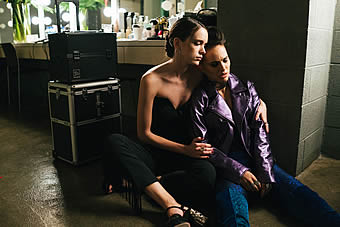 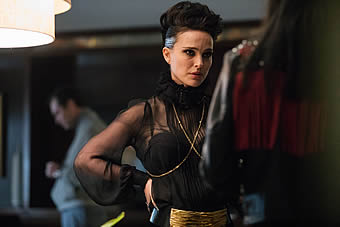 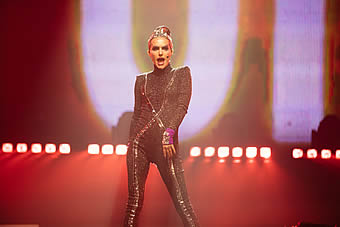 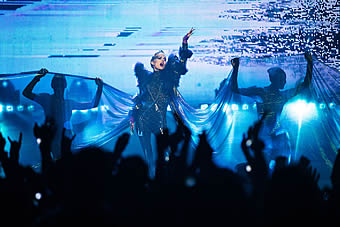