Eastwood stars as Earl Stone, a man in his 80s who is broke, alone, and facing foreclosure of his business when he is offered a job that simply requires him to drive. Easy enough, but, unbeknownst to Earl, he’s just signed on as a drug courier for the cartel. He does well—so well, in fact, that his cargo increases exponentially, and Earl is assigned a handler. But he isn’t the only one keeping tabs on Earl; the mysterious new drug mule has also hit the radar of hard-charging DEA agent Colin Bates. And even as his money problems become a thing of the past, Earl’s past mistakes start to weigh heavily on him, and it’s uncertain if he’ll have time to right those wrongs before law enforcement, or the cartel’s enforcers, catch up to him.

It is near impossible not to view ‘The Mule’ as a deeply personal reckoning for Clint Eastwood, or wonder just how the musings of its protagonist Earl Stone are in fact those of Eastwood’s own. After all, the notoriously picky Eastwood did choose the role to be his first after 2012’s ‘Trouble with the Curve’, and the movie to be the first he is directing himself in after 2008’s ‘Gran Torino’. But really, it is not difficult to see why Eastwood was drawn to this movie and/ or the anti-hero he plays in it, a 90-year-old horticulturist who, while at the end of several tethers, became a drug mule for a Mexican cartel – not only does it allow him to once again assume the position of politically incorrect anachronist and jab at how the world has changed, it also is a quiet regretful elegy about family and what’s really important in life.

As adapted by Nick Schenk, who also wrote ‘Torino’, from the New York Times feature about a real-life octogenarian World War II vet turned unlikeliest drug mule, the story tells of how the down-and-out Stone stumbles onto the job driving illegal cargo by accident, works his way one run at a time to become the cartel’s top-hauler, and how law enforcement eventually catches up to him. A brief prologue finds the award-winning horticulturist skipping his own daughter’s (played by Eastwood’s own daughter Alison Eastwood) wedding to collect another trophy for his buds, hence the resentment between father and daughter when we catch up with him in present day. Not surprisingly, things with his ex-wife (Dianne Wiest) are just as testy, and somewhat come to a head at his granddaughter’s (Taissa Farmiga) pre-wedding house party.

It is at the said party that Stone, who drove himself over in an ancient flatbed truck loaded with stuff from his now foreclosed home, meets a Latino guest who says he might know a way for a geriatric white man with a spotless driving record to make some easy cash. Given how the Internet had killed his daylily business, it doesn’t take long for Stone to drive the same truck up to an El Paso garage, where some other gruff heavily-armed Latinos promptly load his trunk with contraband and stash him a burner phone. Stone dutifully follows instructions not to check out the cargo during his first two runs, but curiosity eventually gets the better of him on the third, leading to a tense interaction with a highway cop and his K9 that reveals Stone’s ingenuity and quick-wittedness despite his age.

But Stone is no ‘Dirty Harry’, so he – and the movie – quickly brushes away the moral ambiguities of his behaviour, settling instead for a montage of scenes which shows him getting his groove back crooning to Willie Nelson and Dean Martin on the radio while enjoying the drive one run after another. Stone’s success even prompts the head of the cartel back down south (Andy Garcia) to invite him down to his sprawling mansion and throw a pool party that ends with Stone having a threesome. Thankfully, while the movie tries to justify his criminality by showing how he uses the money he earns to pay for his granddaughter’s wedding and refurbishing the local VFW hall damaged in a fire, it doesn’t try to do likewise with his irresponsibility towards his estranged family, culminating hence in a touching reconciliation that emphasises how time once foregone is the one thing that cannot ever be bought.

That is where one senses it gets highly personal for Eastwood, given his six-decade long indefatigable career in Hollywood. Not only does the narrative reiterate his character’s multiple failings as a father and husband, the camera leans in close in these shots to capture the unmistakable sense of remorse on Eastwood’s wrinkled face. As Stone, Eastwood inhabits Stone in a real and lived-in performance that is probably the most vulnerable we’ve seen him in. We suspect it isn’t coincidence that he has casted his daughter Alison for the first time in two decades, and both she and Wiest ensure a poignant and heartfelt conclusion to that particular arc of the story.

Next to that, the rest of the film plays out like a conventional thriller – one subplot sees Clifton Collins Jr. execute a power grab that changes the dynamics between the cartel and Stone; and another has Bradley Cooper, Michael Pena and Laurence Fishburne play DEA agents trying to decipher the identity of the mule codenamed ‘Tata’. Eastwood brings together these storylines neatly, although those looking for an action-packed finale will probably be disappointed at how Stone finally meets his inevitable denouement. And just like his other movies, Eastwood’s style here remains lean, leisurely and unfussy, so even when the film does kick into higher gear in the second half, you shouldn’t expect it to be anywhere as adrenaline-pumping as any of the ‘Narcos’ episodes on Netflix.

Yet it isn’t as if ‘The Mule’ is any less watchable just because it chooses to be a character study rather than a straight-out action thriller. Like we said, there was good reason why Eastwood decided at the age of 88 to act and direct in this movie, and we suspect that those who have grown up with his singular brand of old-school masculinity will recognise how this is in both subject and execution as personal as anything he has done. It is surprisingly tender and affecting, though never maudlin; and sometimes very funny, not least least when Eastwood reverts to his ‘Gran Torino’ self complaining about cellphones, calling out Mexicans as ‘beaners’ or African-Americans as ‘you Negro folks’. We’re not sure if this will be Eastwood’s last outing as an actor, or even as a director, but if this is farewell, then it’s genuinely fitting and fulfilling.

(As personal as anything he’s ever done, Clint Eastwood’s ‘The Mule’ packs a surprisingly emotional kick, alongside some very funny moments) 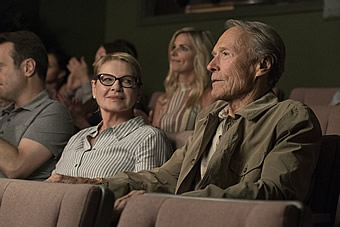 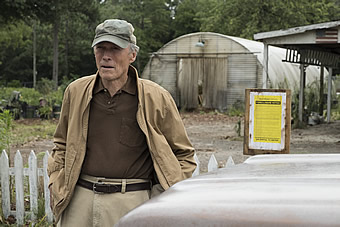 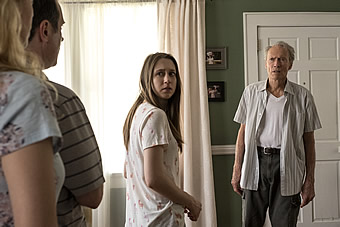 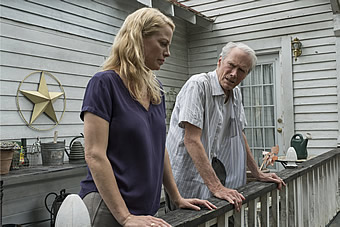 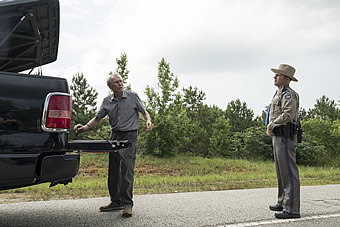