Synopsis: Amidst the lavish excess of the 1980s, Robert Musella became a pivotal player for drug lords cleaning their dirty cash. He traded on mob connections, to become the confidant to scores of the international underworld and the bankers who enabled them. However, Robert Musella was, in fact, the undercover persona of Special Agent Robert Mazur: a US customs official who went further than any before him. Laying his life on the line, he infiltrated the globe’s largest cartels and discovered just how deep into society their influence extended. Welcomed into an inner-circle of violence and corruption, Mazur found himself in the tight embrace of those he had promised to take down. Based on the true story of a fearless undercover agent, THE INFILTRATOR is a heart-stopping account of one of history’s most elaborate stings. The operation reeled in key players in a chain stretching all the way to Escobar. Their arrests would lead to the collapse of the Bank of Credit and Commerce International and shake the black economy to its core.

We still feel that Bryan Cranston was robbed of the Best Actor prize at this year’s Academy Awards (Leonardo DiCaprio had to win it for going through a torturous time in The Revenant), and his performance as a US customs agent who goes undercover to infiltrate the country’s dangerous drug trafficking scene just makes us really, really hope that the jury will recognise this actor and give him an Oscar soon.

Doing what he does best (most people know the Golden Globe and Emmy Award winner as Walter White, the mild mannered school teacher and family man turned ruthless criminal mastermind and murderer from popular TV series Breaking Bad), Cranston channels that charming inner gruff into the film’s protagonist Robert Mazur, who uses his alias “Bob Musella" to take on drug lords and their dirty business. In the movie’s 127 minutes, you see how he infiltrates the cartels to discover the money laundering organisation of infamous drug lord Pablo Escobar, and also take down the Bank of Credit and Commerce International, which took illegal ownership of First American Bank shares in Washington.

Sounds like a exciting cop and thief drama with lots of undercover action, deceit, deception and treachery? Yes, since it is based on Mazur’s autobiography of the same name, you can bet things would only be more exciting in real life. The crime caper directed by Brad Furman (The Lincoln Lawyer, Runner Runner) has the elements of an entertaining Hollywoodflick in the mode of mobster films, and at the same time gives its protagonist moments to experience moral dilemma. This is an incorruptible man risking his life in a dangerous job, and you can find no one better than Cranstonto deliver the goods.

Supporting characters come in the form of a street wise partner (the underrated John Leguizamo), a fellow agent (the classy Diane Kruger) who is tasked to deceive the bad guys into thinking that she is Bob’s romantic half, and a crime lord (the show stealing Benjamin Bratt) who will leaving you empathising for his predicaments. The cast members deliver commendable performances worthy of acting nominations. Although the movie gets bogged down by sluggish pacing at times, seeing this group of great actors on screen make up for it.

You know the bad guys won’t be winning this battle, but as you see how the plot builds up for Cranston and Kruger’s characters conceiving a plan to take town their targets at a mock wedding, you will still be kept anticipating eagerly, wanting to see the action unravel. When it finally happens, the movie presents itself in such a way that will leave you wondering – Are these supposedly villains really the bad guys in the grander scheme of things? Is there a more sinister conspiracy theory that the powers to be are hiding from the public?

Welcome to the shady world where things get a little complicated, and thanks to movies, you get to be aware of them in the comfort your seats.

(Needless to say, Bryan Cranston is the reason why this crime drama works) 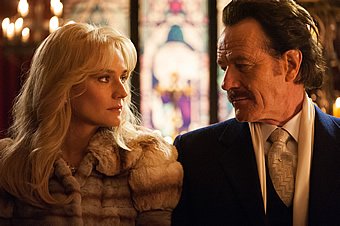 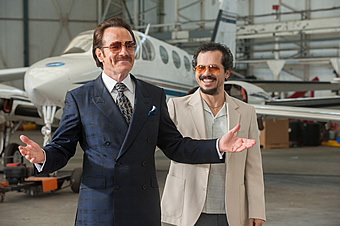 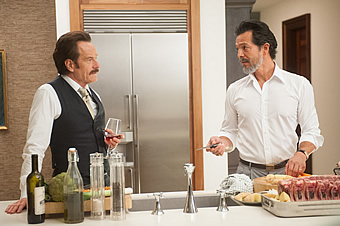