Genre: Comedy Director: Huang Hsin-Yao Cast: Cres Chuang, Bamboo Chen, Leon Dai Runtime: 1 hr 44 mins Rating: M18 (Sexual Scenes and Some Coarse Language) Official Website: http://sgiff.com/browse-all-films/great-buddha/ Opening Day: 26 November 2017 (28th Singapore International Film Festival) Synopsis: Pickle is a night security guard at a Buddha statue factory owned by rich playboy Kevin. There, he is frequently visited by his best friend Belly Button, a recyclables collector, and together they endure the dull nightshift by watching television – until it gets broken one night. Hoping to find some drama, they stumble upon Kevin’s dashboard camera, where they find footages which contain their boss’ ugly secrets that will change their lives forever.  Mixing radiant black-and-white cinematography with colour footages from the dash cam, director Huang Hsin-Yao’s first feature film is a tragicomedy about the ironic making of contemporary Taiwanese society. The film’s deadpan humour is biting, fresh, and the collection of good-natured eccentrics at the heart of the story are as comical as they are brutal and real.

What better way to reveal the dark side of human nature through a comedy? This is the approach taken by Taiwanese director Huang Hsin-yao for his debut narrative feature. Based on a short film of the same name that he made in 2014, this film takes on a cheeky “+” version (like the iPhone, get it?) and is upgraded into a 104 minute movie.

The story follows a night security guard and a recyclables collector as they uncover a horrible truth behind a rich playboy. While watching his car’s dash cam footage in a construction site of a great bronze Buddha statue, the two men (who are obviously at the bottom of the social ladder) are horrified when their voyeuristic journey into the playboy’s sex life reveals a murder. What follows is a series of misadventures that culminates into a thought provokingly disturbing finale.

The film aptly shows how ugly people can get through hilariously set up scenes. There is power exploitation, corporate corruption and gender manipulation. Through wittily plotted sequences, Huang gets his viewers to think further about how the world has morphed into a rather undesirable state. Scenes are gorgeously played out in black and white (it was an ingenious idea to showcase the camera footage in full colour to show how ‘upper class’ that world is to the two men), and the director interjects scenes with cynical voiceover commentaries to guide audiences along.

Performances are top notch – Cres Huang is deeply affecting the dejected security guard, Bamboo Chen (The Crossing) provides the comedic moments is the idealistic recyclables collector, the ever reliable Leon Dai (The Assassin) is gleefully evil as the movie’s main antagonist. Familiar celebrities like Na Dow (The Rooftop) and Lin Mei-hsiu (Zone Pro Site: The Moveable Feast) also portray supporting characters. Yeh Ju-feng and Chong Mong-hong, who made similarly interesting films like The Fourth Portrait (2010) and Soul (2013) take on the roles of producer.

With such poignant themes fleshed out innovatively through the filmmakers’ visions, it is no wonder the movie is a hit back in Taiwan. The film won the top prize at the 19th Taipei Film Festival and received 10 nominations at the 54th Golden Horse Awards (it took home five, including Best New Director and Best Adapted Screenplay for Huang). We are guessing that it will also be well received at international film festivals for its edgy yet relevant take on society.

(Amidst the laughs, the stingingly brilliant dark comedy also explores humanity's shady side) 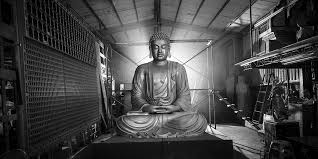 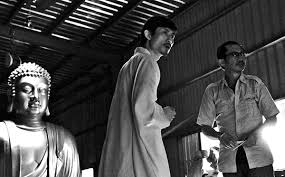