Synopsis: Gao (Jay Chou) is a young chap living in a 1970s fantasy retro world. He stays in a unique neighborhood located on the rooftop of a row of buildings. It is a slum to many, but for Gao, it is a home filled with warmth and vibrancy. Gao works in Po's (Eric Tsang) traditional medicine hall with two other friends. The gang of three often get into fights with Hong, the notorious neighborhood bully. One day, Gao and his friends rescue a girl from Hong’s bullying who happened to be Xin, the famous actress. The story unfolds as Xin gets to know these rowdy bunch living at the rooftop and how they eventually fall for each other despite living in drastically different worlds. Hong then plans his revenge on Gao. So will he succeed or will the couple live happily ever after?

For the record, Jay Chou acts, composes the music, sings the tunes, dances the steps, writes the screenplay and directs this musical action fantasy ‘The Rooftop’. How’s that for a multi-hyphenate? Very few, if anyone, can claim to be able to juggle the same kind of responsibilities that he undertakes here, but assuming that level of control also assures fans that it is nothing less than his vision that we see on the big screen.

And in many ways, ‘The Rooftop’ is better off with Jay Chou in such multiple roles. There is good reason why despite the burgeoning Chinese film industry, it has yet to produce a big-budget musical like Hollywood’s ‘Phantom of the Opera’ or ‘Les Miserables’. Not only do you need to find people with the requisite singing and songwriting talent, you need a person with the right sensibilities to pull it all together - and those who have seen Jay Chou’s MTVs will probably agree that he is the most qualified artiste to take on such a challenging task.

Right from its opening frame, it’s apparent that ‘The Rooftop’ boasts many of Jay Chou’s unique abilities. Even more than the average musical, the visuals here are lively, dynamic and colourful, reminiscent of the energy and verve of his ‘Cowboy is Very Busy’ MTV (or in Mandarin, ‘牛仔很忙’). The music is appropriately toe-tappingly catchy at times – the very first song we hear as part of a performance that the owner of a traditional Chinese medicinal shop Bo Ye (Eric Tsang) puts up for his customers is already an excellent example – and moody and evocative at others, mirroring exactly the tonal cadences of the plot.

But most impressively are the occasional extravagant song and dance sequences, which are nothing less than a delightful combination of appealing tunes, tongue-in-cheek lyrics and some perfectly timed choreography. Certainly, that shouldn’t come as a surprise to any Jay Chou fan - after all, his perpetually sold-out concerts are also built on the same sure-fire elements. Still, you’ll be glad to know that these sequences most definitely do not disappoint; in fact, we will go so far as to say that they are the best thing about the movie, a testament of the dexterity that Jay Chou has mastered in this area from directing countless MTVs over the course of his singing career.

Jay Chou also goes one step further to combine his love for kungfu with his love for dance – in particular, a scene where he takes out a whole gang of ruffians in a bathhouse is especially memorable for being sleekly composed like a balletic dance set to a finger-snapping tune. Being both the scriptwriter as well as the director also enables him to ensure that these MTV-like sequences flow nicely with the rest of the movie, avoiding the common pitfall of schizophrenic-like musicals where the songs and the rest of the movie are two different parts.

Yet Jay Chou’s almost singular position at the helm does come with its tradeoffs too. Sticking a little too safely in his comfort zone, he fashions his own lead character in the movie - a rough but good-natured lad named Wax - as a variant of the strong silent brooding type that he likes and often portrays, whether in his previous movies (e.g. ‘Initial D’) or his MTVs (e.g. ‘Step Back’ or ’ 退後’). Wax is so distinctly Jay Chou in his mannerisms and personality that it does get a little too predictable; indeed, you can already guess that he is maddeningly loyal to his three close friends in the movie, as well as a romantic at heart who will inevitably get all awkward and self-conscious when he is in the presence of the girl of his dreams.

True enough, this is as much a story about the bond of brotherhood as it is a tragic love story that his directorial debut ‘Secret’ was. The former lets Jay Chou’s character become the de facto leader and protector of his buddies Tempura, Egg and Ah Lang; while the latter lets him have his saccharine sweet love story with aspiring actress Starling (newcomer Lin Xinai) followed by a decidedly tragic turn that will ultimately end on a bittersweet note.  Because Jay Chou essentially plays himself in the role, it’s not hard to guess just how the story unfolds.

Of course, his ‘Romeo and Juliet’ setup isn’t anything new in the first place - instead of two rival gangs, Wax and Starling come from two different worlds defined by their social statuses, which is the reason why Starling’s father (Kenny Bee) disapproves of their relationship. To add some measure of suspense, their tale of forbidden love becomes intertwined in the second half with the rivalry between Wax and a fearsome triad member named Red Hair, which also involves the triad kingpin Lei (Mainland actor Wang Xueqi) and a popular handsome actor called William whom Starling’s father wants her to date.

That’s a lot to resolve in the climax, and sadly Jay Chou stumbles more than falters as he struggles to bring closure. With an unusually heavy hand, he leadens the finale with a thick dose of melodrama, throws in an unnecessary car chase sequence, and finishes it off with a terribly CG-ed scene that literally throws its audience into the water. Whereas the ending in ‘Secret’ was touching and poignant, his attempt to replicate that same feeling here is contrived and misguided, an utter tonal shift from the rest of the movie that will only leave you cringing in your seat.

Sadly therefore, what began as a fleet-footed musical ends as an overblown tearjerker whose epilogue makes even less sense. One certainly wishes Jay Chou had exercised more restraint at the end, but look past that misstep (however huge it may be) and there is still much to admire about his labour of love. From the rich visuals to the appealing tunes to the beautiful choreography, one clearly sees Jay Chou’s achievement in creating an original song-and-dance extravaganza. And so despite its shortcomings, ‘The Rooftop’ is still a commendably ambitious effort from Jay Chou - at the very least, it takes much courage to do something quite so substantially different from his debut feature film.

(Save for a bloated and contrived finale, this ambitious musical action fantasy from actor/ composer/ singer/ dancer/ screenwriter/ director Jay Chou is his quintessential labour of love) 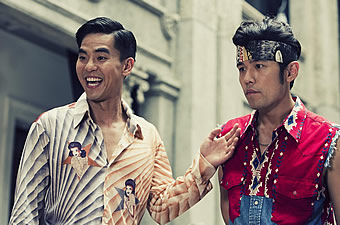 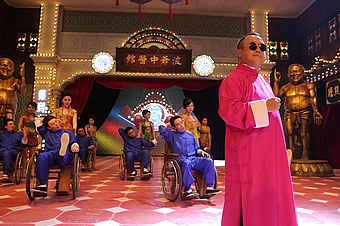 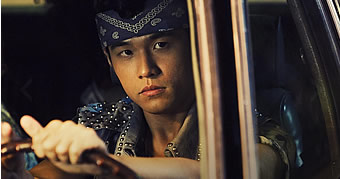 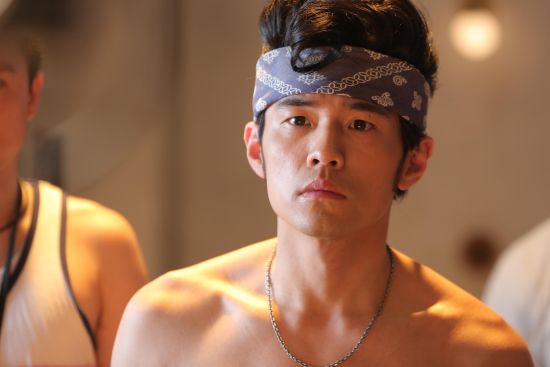