Synopsis: This summer, all the rules are broken as a sect of lawless marauders decides that the annual Purge does not stop at daybreak and instead should never end in The Forever Purge. Vaulting from the record - shattering success of 2018’s The First Purge, Blumhouse’s infamous terror franchise hurtles into innovative new territory as members of an underground movement, no longer satisfied with one annual night of anarchy and murder, decide to overtake America through an unending campaign of mayhem and massacre. No one is safe. Adela ( Ana de la Reguera) and her husband Juan (Tenoch Huerta) live in Texas, where Juan is working as a ranch hand for the wealthy Tucker family. Juan impresses the Tucker patriarch, Caleb (Will Patton), but that fuels the jealous anger of Caleb’s son, Dylan (Josh Lucas). On the morning after The Purge, a masked gang of killers attacks the Tucker family — including Dylan’s wife (Cassidy Freeman) and his sister (Leven Rambin), forcing both families to band together and fight back as the country spirals into chaos and the United States begins to disintegrate around them.

Five movies and a TV show later, ‘The Purge’ series has certainly come a long way since its debut back in 2013 as a small-scale dystopian home-invasion thriller. Blunt as they may be, the films have since become synonymous with the uglier parts of American life: gun nuts, mad preachers, racist goons, leisure snipers, sadistic gangs, lone-wolf vigilantes and wealthy psychopaths, overseen by opportunistic politicians manipulating social dysfunction to their own selfish ends. The last film, 2016’s ‘The Purge: Election Year’, probably got a little too close for comfort coming just a couple of months before Trump was elected as President.

So this latest chapter, written by original creator James DeMonarco and directed by Mexican filmmaker Everardo Valerio Gout, picks up smartly after the political and societal legacy of Trump. The plotting sets up two disparate groups: the first with Mexican husband and wife couple Juan (Tenoch Huerta) and Adela (Ana de la Reguera), who have burrowed under the wall fleeing cartel violence to seek a new life in America; and the second with a wealthy rancher family featuring patriarch Caleb (Will Patton), his son Dylan (Josh Lucas), Dylan’s pregnant wife Cassie (Cassidy Freeman) and his sister Harper (Leven Rambin).

Whereas Caleb welcomes the opportunity to give undocumented migrants such as Juan a new lease of life, Dylan feels emasculated by Juan’s remarkable horse-handling skills. Notwithstanding his bigotry, Dylan isn’t yet the sort to participate in the events of the annual blood holiday, hunkering instead with his family within the confines of the sprawling ranch; on the other hand, Juan and Adela seek urgent shelter from the Purge by paying to hole up with fellow Mexicans in a graffiti-scarred compound, protected by armed, hired hands.

Unlike previous Purges, an underground network of violent nationalists, united under the slogan ‘Ever After’, have decided to seize on the occasion to forever purify the country of anyone other than natural-born Americans. Ignoring the 12-hour rule, they have continued to wage violence on the streets of America even after the close of the annual Purge. Both our groups of protagonists find themselves separately caught up in the ensuing mayhem, before forming an unlikely coalition to make a break for the Mexican border, where the government has declared a six-hour amnesty for Americans fleeing the melee. Yes, the irony is palpable.

All this unfolds at a gripping pace in the first half of the movie, which is also where the social commentary is strongest; in particular, the most astute observation it makes is how rage is the only thing which unites the Purgers, not ideology as one might imagine, made up of a hodgepodge of individuals looking to wage class war or perpetuate racist ethnic cleansing or even simply just looking for an excuse to go berserk. It is especially telling that the so-called New Founding Fathers of America (i.e. the party which instituted the Purge in the first place) aren’t even the bad guys this time; in fact, they have lost control of the situation, and have had no choice but to send in the military to try to stop the post-Purge Purge from happening.

As with the other ‘Purge’ movies, this one too cannot quite sustain the momentum in the second half, which devolves into a lot of shooting back and forth. There are run-ins with bikers, a sortie into a deserted cinema, and some back-alley shootouts that result in our protagonists making enemies with a group of ‘Ever After Purgers’ which culminate in the climactic showdown along the US-Mexican border. You should be aware that there is plenty of bloodletting here, with director Valerio Gout not afraid to go for the occasional gruesome close-up.

Like its predecessors therefore, ‘The Forever Purge’ walks a fine line between political commentary and horror action-thriller, and to its credit, treads that balance with more deftness than before, even if it is prone to the same exploitative tendencies. At least here the overarching purpose is clear as it seeks to illuminate the obvious answer to who the real Americans are, as well as what sort of society America wants to aspire to or descend into; even if it does do so bluntly, it is probably pitched at just the right tone and volume for those in real life who would do well to take a good, hard reflection.

(One of the sharper 'Purge' films to date, this latest chapter walks a fine line between political commentary and horror action-thriller, and is often compelling if not downright gripping) 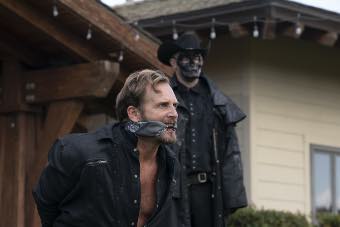 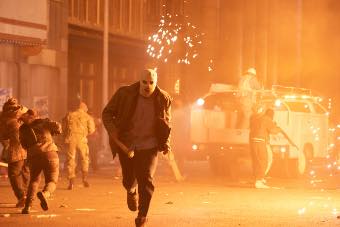 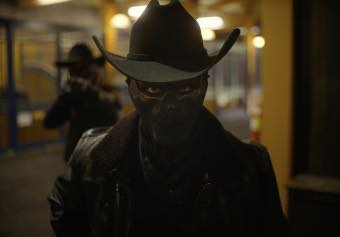 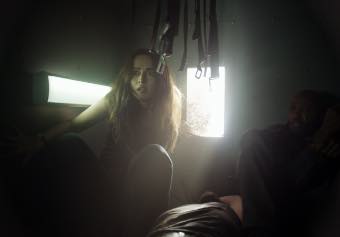 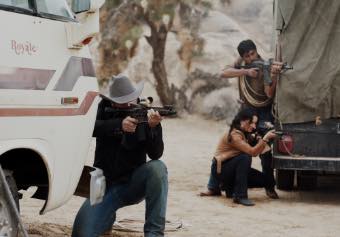