Synopsis: Hazel and Gus are two extraordinary teenagers who share an acerbic wit, a disdain for the conventional, and a love that sweeps them -- and us – on an unforgettable journey. Their relationship is all the more miraculous, given that they met and fell in love at a cancer support group. THE FAULT IN OUR STARS, based upon the number-one bestselling novel by John Green, explores the funny, thrilling and tragic business of being alive and in love.

Kudos to John Green for proving that popular young adult fiction need not always be set in dystopia (think ‘Divergent’ or ‘The Hunger Games’) or the supernatural (need we mention ‘Twilight’); rather, his bestselling novel is a love story between two witty, engaging teenagers with cancer, and before you go thinking that this is no more than Nicholas Sparks for a younger crowd, trust us when we say that it is nowhere near that. Instead, as those who have read the book will stridently attest, it is wise, warm, funny and touching all at the same time, and the best thing one could say about this film adaptation is that it retains all these qualities which made the book such a sensation.

Going into a story like this, you know that it is bound to turn mawkish at some point, especially as it deals with the inevitable progression towards death of not one but both of our endearing protagonists. What makes Green’s novel - and by extension, Scott Neustadter and Michael H. Weber’s screenplay - such a winner is just how it earns each and every drop of your sympathies for the two leads, Hazel Grace Lancaster (Shailene Woodley) and Augustus Waters (Ansel Elgort), so much so that when it does play that tug at your heartstrings, you’ll not begrudge for every tear you shed. And oh yes, unless you’re defective (and we say this with not a single hint of spite), you’ll be moved to tears by this story of dying love.

Preserving Hazel’s narration of the events that follow (and clearly benefiting from the strength of Green’s prose), our first encounter with Hazel is through the thoughts in her head. As a teen, she came perilously close to death, but an experimental treatment has managed to beat back the cancer, and so she goes around these days with a tube inserted into her nostrils that’s tethered to an oxygen tank she lugs around in a trolley bag. It is at a support group for cancer patients that she has her ‘meet-cute’ with the strappingly handsome Augustus, a basketball player whose career was cut short when cancer took his right leg and where a metal support now resides.

Both are immediately taken to each other, and it’s not hard to see why. Not only do they match each other in intelligence, they are just as whip-smart, making an instant connection as they trade barbs with each other - and yes, in case there was ever any doubt, fall in love. Most prominently, they bond over their rejection of the usual ‘cancer story’ sentiments’, finding much to talk about in Hazel’s favourite book ‘An Imperial Affliction’ by the reclusive Dutch-American author Peter Van Houten, which just happens to be about living with cancer. Hazel counts herself as Van Houten’s biggest fan, so Augustus takes a chance and tries to reach out to Van Houten himself, who unexpectedly replies to the latter’s fan mail.

One thing leads to another, and pretty soon Hazel and Augustus are travelling to Amsterdam to meet Van Houten (Willem Dafoe) in person - better still that it is an all-expenses paid trip sponsored by Augustus’ Make-A-Wish type foundation. We won’t spoil the surprise for those unacquainted with the story, but suffice to say that the trip marks a turning point in their relationship not only because it deepens their personal affections but also in how it gives them an unexpected lens by which to re-examine how they have come to terms with their condition. It is a sobering turn of events no doubt, and even more so when you consider on hindsight what happens after.

Does one or both of them die at the end? Well, certainly. Death is pretty much written into a story like this, so in that sense, it is still an unabashed tearjerker. What differentiates this from the rest of the sappy melodramas is its refreshing sense of honesty about the real-life issues it confronts. Yes, it doesn’t sugarcoat the realities it wades into - the disease, mortality, and the impermanence of our temporary existence on this earth - and instead deals with them with insight and self-deprecating humour; in particular, the recurring theme of oblivion makes for a heartbreaking moral search by one of our protagonists to find meaning in suffering.

To his credit, director Josh Boone handles the material with sensitivity and restraint, but he doesn’t add much to the cinematic language that Green’s book was already brimming with. Instead, the real stars here are Woodley and Elgort, who embody the amazing chemistry which Green describes between Hazel and Augustus. This is easily Woodley’s standout role, bringing just the right mix of strength and vulnerability, resistance and acceptance, to make Hazel a living and breathing character that invites her audience to feel her struggle and share in her fate. Her ‘Divergent’ co-star Elgort is confident but stops short of ever becoming cocky, but most importantly makes for an extremely appealing couple with Woodley.

So much attention has been placed on our teenage stars and their respective protagonists that we seem to have forgotten about the other adult characters in the story. Though they only play a supporting role, the character actors playing them make sure that they make quite an impression as well. Laura Dern is absolutely moving as Hazel’s mother hoping for the best each day but also preparing for the worst; and True Blood’s Sam Trammell is just as affecting as her companion in distress. Dafoe makes a suitably quirky presence as Van Houten, sticking out appropriately as the sore thumb in a role which calls him to offer the least assuring perspective to Hazel and Augustus’ circumstances.

The best assurance we can offer to fans of the book is that it remains faithful to Green’s tale, and by that we mean it is equally sharp, funny, and well-observed. It is also a weepie all right, but one that earns its emotional kick with wit and earnestness. At no point does it ask for any pity from its audience; instead, it regards its characters with the respect and dignity that they deserve, acknowledging their everyday struggles and the uncertainties that the disease has on their relationship. It’s not always you get a cancer picture that you get characters saying lines like ‘pain demands to be felt’ or ‘life isn’t a wish-granting factory’, but that is also the reason why ‘The Fault in Our Stars’ rises above the trappings of its genre to become something exuberant, perceptive and genuinely stirring.

(Bring tissues. A lot of them. This is one smart, witty, and edgy romance that, we warn you, ends in genuinely bittersweet tragedy) 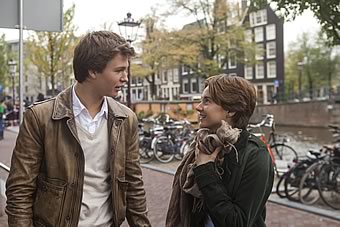 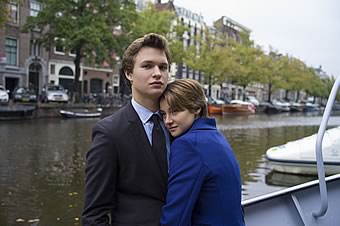 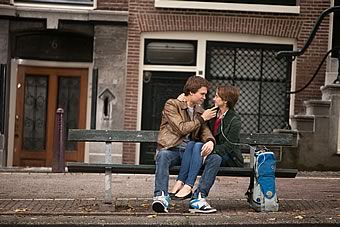 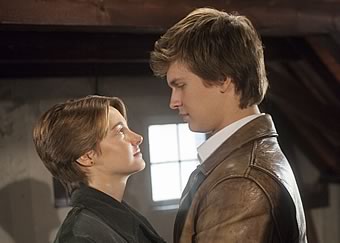