Countless stories have been told of growing pains, but few are as sincere and heartfelt as ‘The Perks of Being a Wallflower’. Adapted by Stephen Chbosky from his own novel, it is the coming of age story of quiet and shy Charlie (Logan Lerman in a beautiful performance, but more on that later) as he embarks on his high school journey with two seniors – Sam (Emma Watson) and her irreverent stepbrother Patrick (Ezra Miller) - that leads to his transformation of mind and heart.

Not often does a successful novelist get to translate his own book for the big screen, let alone direct it, but the creative liberties that have been accorded Chbowsky in this case truly pay off. Here, he has wisely retained the narrative device of his novel, introducing his audience to Charlie via the letters he writes to an unknown recipient, addressed only as ‘Dear Friend’ – and it is through Charlie’s voiceover that we learn that he has recently lost his best friend, Michael, to suicide.

It is also from his perspective that we learn he has been haunted by the death of his Aunt Helen – whom he believes he is responsible for – and how that traumatic memory has left him in bouts of crying fits. But the self-effacing teenager who keeps a low profile in the hallways and never volunteers the answers in class even though he has them gets a change of fortune when he meets Michael and Susan at a football match.

Quickly assimilating into their clique of friends – which includes a vegan punk Buddhist Mary Elizabeth (Mae Whitman) and a chronic shoplifter Candace (Nina Dobrev), Charlie begins hanging out with them at high school parties, all the while falling even more deeply in love with Sam. In turn, they introduce Charlie to The Smiths (an English alternative rock band), “The Rocky Horror Picture Show” screenings and marijuana brownies – and though the concoction of sex, drugs and rock n roll isn’t new, it’s depicted with so much fond nostalgia that you feel as if Charlie’s discoveries were your own.

Yet Charlie’s journey is somewhat different from the typical cautionary tale – too precocious to live life in heady abandon, Charlie instead assumes the role of the titular wallflower, observing the goings-on of Patrick and Sam. In particular, Chbosky details Patrick’s doomed relationship with closeted football quarterback Brad (Johnny Simmons), the consequences of that fallout significant not just for Patrick but also Charlie, who is forced to confront deeper and darker secrets from his past towards the end. Charlie also stumbles unknowingly into a relationship with Mary, watching helplessly as Sam gets attached to an older university student.

As expected, none of their relationships end well, and within their unfortunate encounters is a lesson that is deeply poignant. “We accept the love we think we deserve,” says Charlie, and it is such a heartbreakingly honest confession that you can’t quite help but be profoundly moved. Yet the reason these words resonate is not only that they are true, but also that they have proven to be familiar when we look back at the anguish of one’s own adolescent years – and indeed, Chbosky hasn’t just made a teen drama but a drama about adolescence that anyone who’s been through that phase will be able to identify with.

Chbosky also trusts in the maturity of his audience to understand the emotional scars within Charlie, old wounds laid bare just as he begins to participate more fully in the lives of the people around him. This is as much a universal tale as it is an individual one, and Chbosky draws us into the very specific mind of a troubled teen who has over the years learnt to go through life by repressing his childhood insecurities. Rarely has a final scene touched us as much as this one, and we guarantee you that when Charlie finally learns to let go to the tune of David Bowie’s ‘Heroes’, it is a transformative experience that will stay with you.

It’s not easy to play such a complicated teen as Charlie, but Logan Lerman nails it on the head with a sensitive and empathetic performance that is among the best he has ever done. Watson also shines in her best post-Potter role yet, her radiant performance allowing her audience to fall in love with her character as Charlie does. And Miller is pure electricity in the supporting role of Patrick, bringing both warmth and woundedness to portray his character’s wit and sensitivity.

With generous help from his committed teen cast, Chbosky smartly observes the all-too familiar pangs of adolescence in a film that has both heft and heart. There is a distinct sense one gets from watching the movie that it is also a deeply personal tale, and it is to Chbosky’s credit that he has managed to distil his own feelings and experience into a story that anyone can relate to. Even if life hasn’t always gone according to what we intended to, there is always this moment in our teenage years that we can proclaim as Charlie does – “and in that moment, I swear we were infinite”. Chbosky’s film does the unthinkable – it makes us feel infinite, and it makes us feel young again.

(Witty, humourous and deeply poignant, this sincere and heartfelt portrait of a troubled teen’s adolescent years will make you feel young again) 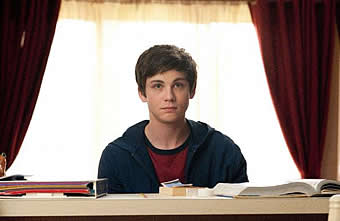 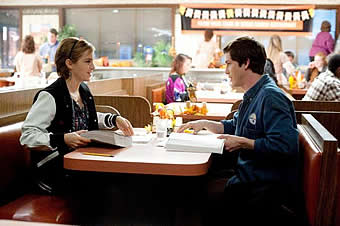 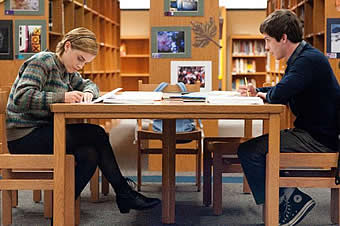 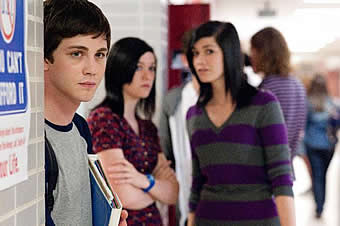 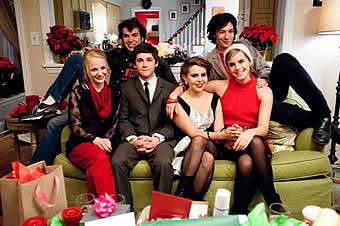 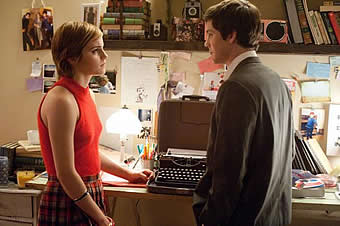