Synopsis: Inspired by personal experiences, "50/50" is an original story about friendship, love, survival and finding humor in unlikely places. Joseph Gordon-Levitt and Seth Rogen star as best friends whose lives are changed by a cancer diagnosis.
Movie Review:

Points go to whoever came up with the idea to feature the charismatic Joseph Gordon-Levitt shaving his own hair on the movie poster of this Jonathan Levine directed production. In the background, we have funnyman Seth Rogen staring at Gordon-Levitt in disbelief. What just happened? Was it a childish dare between two friends? Did bubble gum get caught in Gordon-Levitt’s floppy getup? Was Rogen too late in stopping the rash decision?

It is indeed a promotional poster that effectively captures your attention.

Loosely based on the life of screenwriter Will Reisner (Rogen’s good friend in real life), the story’s protagonist is a young man whose life takes a different course after he is diagnosed with cancer. The film chronicles his journey to battle the cancerous cells, which are met with unexpected happenings. The incidents will eventually make him realise that friendship, love and family are what will eventually heal him.

Pardon us while we stereotype, but if this script landed in the hands of Japanese or Koreans, there is a high possibility that the end product is a melodrama featuring lots of crying, wailing, sobbing and screaming. Fortunately, here we have a truly affecting experience which makes one reflect about what matters most at the end of the day.

The filmmakers know how to keep their viewers’ attention by avoiding exaggerated and over the top moments. After the initial down and out announcement that the protagonist is suffering from cancer (you will actually learn what type of cancer neurofibrosarcoma is), we see Gordon-Levitt’s central character gradually coming to terms with the reality. He is aided by his best friend (Rogen) who tries ways and means to make things easier. The film never falls into the predictable trap of creating pity for the lead character. Instead, through refreshingly real scenarios, we care for the otherwise unspectacularly developed personalities.

It helps that the duo are played by Gordon-Levitt and Rogen. The man boy who every guy wants to be portrays a believable character here. Although it is somewhat similar to his persona in (500) Days of Summer (2009), we are not complaining. Rogen, on the other hand, turns in a surprisingly touching performance. We are guessing that the similar situation helped him to play his role well.

Elsewhere, Anna Kendrick (Up in the Air) and Bryce Dallas Howard (Terminator Salvation) meet again after the bore fest The Twilight Saga: Eclipse (2010) to take on the roles of the women in the sick man’s life. Veterans Anjelica Huston, Philip Baker Hall and Matt Frewer add credibility to the capable cast of this highly recommended movie.

At the end of the day, it isn’t death, but life you watch unfold on screen. 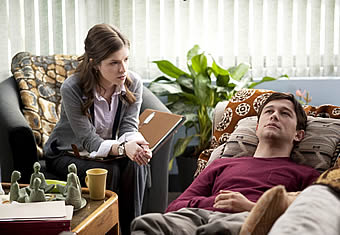 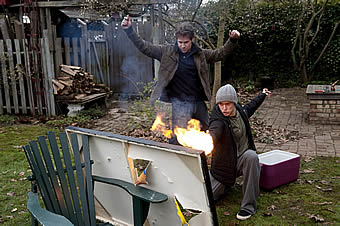 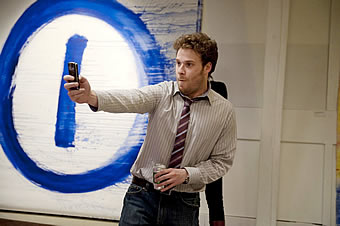 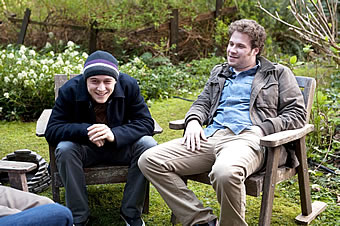