Synopsis: We all had to live through and rise above the awkward years in high school, and regardless how long it may have been a distant past you wish to forget, there's always a beautiful memory somewhere waiting to be awakened. A joyful moment that truly belongs to you. An ordinary high school girl Lin Truly (played by Vivian Sung) pines over the most popular guy in school Ouyang Extraordinary (played by Dino Lee). The school's troublemaker Hsu Taiyu (played by Ta Lu Wang) falls for the prettiest girl in school Tao Minmin (played by Dewi Chien). Together, Truly and Taiyu, work through misadventures to help each other win their dream dates. Through this youthful rite of passage, their friendship evolves and they learn a thing or two about true love.

The success of Giddens Ko’s You Are The Apple of My Eye has made it the yardstick used to measure how good or successful all other Taiwanese romantic comedies are, and Our Times is no exception. So for starters, if you would like to know how does it compare, we would say that while the two films are different, that does not make Our Times any less enjoyable.

The film’s storyline took inspiration from the typical Taiwanese idol drama, whereby the main male and female leads started off as loggerheads, banded together to chase whoever else they had a crush on, and inevitably fell in love with each other. As if this was not enough, the film also uses way too many tropes that were, to be honest, mostly cringe-worthy. Case in point: wishing upon shooting stars, motorcycle rides and standing up against the school authority (the protagonists were high school students). Yep, cringing already.

The challenge then, was to make the tried and tested attractive to audiences, and who better to challenge this than veteran Taiwanese idol drama producer and director Frankie Chen in her big-screen debut. Chen is familiar with the audiences’ expectations, and delivered it well through the focus on the main leads’ increasingly ambiguous relationship, and the youthful idealism that one can revolutionise the school system while making rebels turn over a new leaf. Although there was no major plot twist that had not been used in past idol dramas, the film will probably tick enough of the target audience’s boxes to keep them happy.

While Chen’s strength lies in her wealth of experience working with television dramas, it was also her weakness. Running for more than two hours, the film felt draggy and repetitive at times, with seemingly random events happening without an explanation. In retrospect, the transitions between different characters and events also gave it an episodic feel, which was distracting. Thankfully, the film does enough to make it enjoyable despite the lack of coherence.

Similar to idol dramas, the performance of the main leads could probably make or break the film, and it felt like the former in this case. Lin Zhenxin, played by Vivian Sung (previously from Café. Waiting. Love.) was the ugly duckling protagonist, who had a crush on the school prince, Ouyang Feifan (Dino Lee). On the other hand, Zhenxin’s neighbor, the literal girl next door and school belle, Tao Minmin (Dewi Chien), attracted the attention of the school rebel, Hsu Taiyu (Darren Wang). Lin and Hsu later got drawn together via the dreaded chain mail and decided to collaborate to break up Ouyang and Tao.

To be honest, the characters’ remained one-dimensional throughout the movie, fitting into their stereotypes so much that not even a tragic backstory could save them. On the other hand, the lack of character development might have benefitted the new actors Dino Lee and Dewi Chien, whose acting abilities were much to be desired. Sung and Wang fared better, with Sung’s comedic timing and prior experience as a female lead from Café. Waiting. Love. shining through.

Back to what the film did well: the depiction of how it was like to be a student in the 1990s. In addition to the vintage setup, the film relied on the audience’s memories of the music in the 1990s – the era of Andy Lau and Aaron Kwok, Little Tiger Squad and the Grasshoppers, and was peppered with songs from that era, making it a major #throwbackthursday. The depiction of a more innocent time – high school (or perhaps just pre-university in general) – was also a winner, with a good portion of the predominantly female audience being able to relate to something or another.

The film has grossed over NT$4 billion in the Taiwan box office, and propelled the two main leads, in particular Wang, to mainstream fame. While the actors and actresses probably contributed to the film’s success, a bigger reason could be how relatable and enjoyable the film is, if you went to school in the 1990s. Hence, when looking for movie kakis, we recommend to watch the film with classmates with whom you who went to school with during that era, so that you can squeal together over the many flail-able moments.

(Ignore the tropes, don't think, and just soak in the feel-good nostalgia) 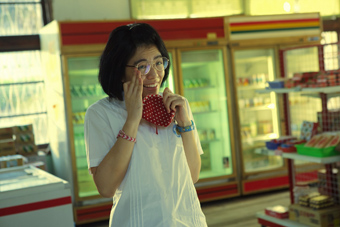 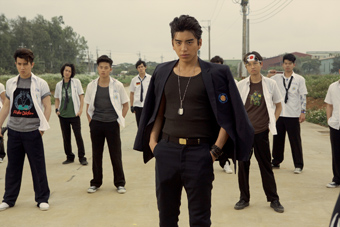