Synopsis:  This is a cute romantic love story which takes place in a neighbourhood where there are many "cram schools". A young man works at a copy shop and is stuck in the daily boring routine of making copies for test papers. On one of these monotonous days, he finds a drawing of a sheep on the back of a piece of test paper, which leads him to an unexpected journey.

Your appetite for whimsy will ultimately determine how much you enjoy this latest Taiwanese rom-com, a cute but questionably lightweight story of the boy-meets-girl scenario that plays out against the backdrop of the famous cram school district of Nanyang Street in Taipei. For the uninitiated, that street boasts a conglomeration of innumerable cram schools (the equivalent of ‘tuition centres’ in Singapore) – though what lessons that might have about the pressures facing today’s youth are largely glossed over.

Instead, writer/director Hou Chi-Jan’s sophomore feature is singularly focused on the blossoming romance between Tung (Ko Chen-Tung) and Yang (Jian Man-Shu). The former is nursing a broken heart after his girlfriend (Nikki Hsieh) dumps him with a Post-It note that reads ‘I’m off to cram school’, so after days of staring dumbly at the note, he packs his bags for Nanyang Street in the hope of seeing her – and finds himself working at a photocopying shop preparing test papers for the cram schools in the district.

The latter is a budding artist working as a teaching assistant at one of the schools called ‘Sure Win’, who sketches little cartoons of sheep on the test papers before they are sent to print. Coincidentally, she’s also waiting to be reunited with a lost love, and the pair of jilted lovers begins to forge a connection when Tung draws a wolf on one of the test papers with Yang’s sheep and mistakenly sends it to print. Because the photocopied papers are subsequently distributed, their wolf-sheep cartoons catch like wildfire among the students enrolled at the school Yang works and almost instantaneously gain a rabid following.

In the process, Tung and Yang also get to know and enjoy each other’s company better – and though the tone is generally light and frothy, Hou does venture into slightly more melancholic territory when he depicts Yang’s obsessive-compulsive rituals as a consequence of her mother’s early death. But in order to reach that foregone point where both our leading characters pledge their love for one another, there’s still that baggage from their past relationships they need to leave behind.

Here is where Hou tries to get philosophical about love and letting go, using several metaphors to put across his point. So as Tung goes about looking for someone he has lost, he also takes on a personal mission to reunite others with that someone or something they have lost – even if it means dredging up unpleasant memories from the past. On the other hand, Yang adopts a much more down-to-earth attitude – if what she has lost isn’t back by the time she counts to a hundred, she simply moves on.

Yet what is supposed to be ruminative is in fact much less profound than it wants to be, and Hou’s musings about moving on in life tend to be more superficial than thought provoking. Still, if anything, its triviality is matched by the frivolous tone of the movie, as the live-action story is interrupted time and again with cutesy animations with their own quirky appeal. Hou also uses other visual techniques like split-screens, slo- and fast-motion, and even stop-motion to give the movie a distinctively wry flavour – and like we said earlier, if you like whimsy, then this will definitely tickle your fancy.

It’s also not hard to like the film when the leads are as appealing as Ko Chen-Tung and Jian Man-Shu. Fresh off his win as Best New Performer at the 2011 Golden Horse Awards for his role in ‘You Are the Apple of My Eye’, Ko displays the same laid-back charm here and shares a winning chemistry with the bubbly Jian. But it is Jian who steals the show, the TV actress in her first big-screen feature bringing a delightfully idiosyncratic appeal to her character. Unfortunately, none of the other characters make much of an impression – not even Guo Shu Yao as a shrewd and calculative employee of ‘Sure Win’ or Tsai Chen Nan as the school’s self-confident boss.

Neither for that matter are Tung and Yang fully sketched out, as Hou seems more content on dishing out lessons on love that are frankly inconsequential to say the least. There’s more style than any substance here – even if its deliberately whimsical style manages to be mildly beguiling. If that’s enough for you, then you have come to the right farm; otherwise you’d be better off grazing in some other greener pastures. 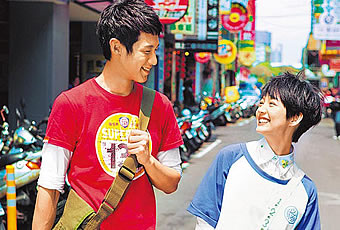 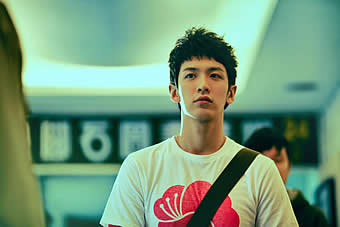 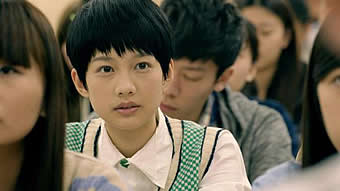