Synopsis: Adolescence is like a heavy rain. Even though you catch a cold from it, you still look forward to experiencing it once again. Ko-Teng has several close friends who had a crush on Shen Chia-Yi. Those friends of Ko's thus moved in unison from Ching Cheng’s junior high school straight into the senior high school division in pursuit of her. Naughty in nature, Ko was ordered by their homeroom teacher to sit in front of honor student Shen for her to keep close tabs on him. The two hadn't hit it off at first but Ko gradually fell for Shen, who was always pressuring him to study hard. On the other hand, Shen became impressed by the contrasting values Ko represented. Ko started pursuing Shen but Shen remained hesitant. After graduation from senior high, Ko and Shen almost became a couple but the deal was spoilt by a dukeout competition organized by Ko. Growing up together to witness their beloved Shen walking down the aisle to become someone else’s wife, these boys have learned their coming-of-age lessons and continue to pursue each’s happiness..

Nostalgia’s a bitch, and this columnist is pretty sure each and every one of you reading this review is guilty of indulging in memories – as much as you know it’s the present that really matters. How else would you explain the sudden emergence of movies (Smurfs and Transformers come to mind) which remind us of the good ol’ days?

(Ed’s note: Michael Bay’s pompous ‘bots simply serves as a stark reminder of how good things from the past should be left alone.)

Closer to home, Taiwanese novelist Giddens Ko capitalises on this innate human nature and turns his creative talent into box-office gold by directing his first feature film. The prolific and popular author has translated one of his well loved works into an accessible movie you will find no problems falling in love with. How else would you explain the phenomenal success of the 110 minute production back in Taiwan, where it beat Monga (2010) and Cape No. 7 (2008) to become the local film with the biggest ever opening day and weekend box office earnings?

The story may have been a chapter of your younger days: The school prankster and the perfect student become the most unlikely friends. A relationship blossoms between the two, and before one realises it, years past and what’s left are bittersweet memories of what could have been. Along the way, you also get introduced to the protagonists’ friends who are familiar characters from your past – the loyal sidekick, the overweight but studious goodie two shoes and the goofy and unassuming dude amongst others.

We are also introduced to thematic memories which seem to have flown past us during these hurried years of growing up. Be it the pursuit of the perfect future, the hopelessly romantic crush on a fellow classmate, or the steadfast allegiance between friends, there will be many sequences in the movie that will strike a chord with you.

Producer Angie Chai sure knows her audiences well – the experiences on successful TV series like 2001’s Meteor Garden (the show that launched boyband F4’s career) and 2003’s Love Storm have made this movie an unabashedly likeable idol drama. It has all the ingredients of a crowd pleaser: Besides the nostalgic storyline, the stars are pleasing and charismatic. Good lookers Ko Chen Tung and Michelle Chen take on the lead roles in this adolescent tale, and relatively unknown artistes are now stars in their own rights. Other unfamiliar but pleasant stars like Ao Chuan, Steven Hao (you may recognise him as the butt baring kid in many infamous Kung Fu slapstick movies from the yesteryears), Tsai Chang Hsien, Wan Wan and Yen Sheng Yu make up the ensemble cast.

The film has earned several nominations at the 48thGolden Horse Awards, and this is further proof that viewers are lapping this shamelessly nostalgic movie up. Yes, this increasingly cynical columnist is a fan of this affectingly moving movie as well – simply because nostalgia’s a feeling no one can shake off.

(Definitely one of the year’s best, this Taiwanese film is a must watch for anyone with a heart) 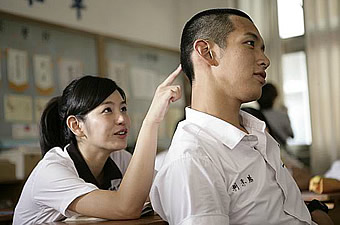 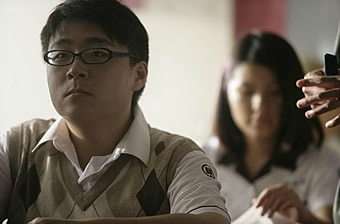 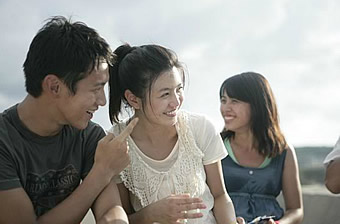 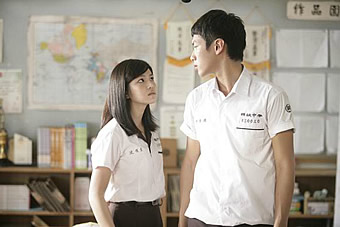 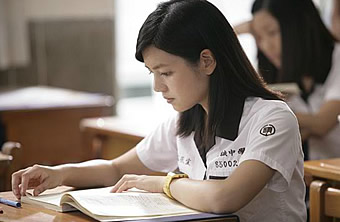 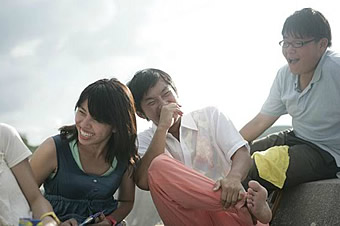