Synopsis: MOLLY’S GAME is based on the true story of Molly Bloom, an Olympic-class skier who ran the world's most exclusive high-stakes poker game for a decade before being arrested in the middle of the night by 17 FBI agents wielding automatic weapons. Her players included Hollywood royalty, sports stars, business titans and finally, unbeknownst to her, the Russian mob. Her only ally was her criminal defense lawyer Charlie Jaffey, who learned that there was much more to Molly than the tabloids led us to believe.

Who would have thought a movie about the founding of Facebook would be one of the most culturally and socially important film ever made? We are, of course, talking about The Social Network (2010), the drama directed by David Fincher from a screenplay by Aaron Sorkin. The scathingly witty piece of work has been widely praised for Sorkin’s writing. Based on Ben Mezrich’s book The Accidental Millionaires, Sorkin’s triumphant effort won him an Academy Award for Best Adapted Screenplay and a Golden Globe for Best Screenplay.

So it is with great anticipation that we review the talented writer’s directorial debut. Based on the memoir Molly's Game: From Hollywood's Elite to Wall Street's Billionaire Boys Club, My High-Stakes Adventure in the World of Underground Poker by Molly Bloom, the crime drama chronicles the author’s life as she grows up as a young skier with Olympic potential, before finding her way to become a successful woman running high stake poker games. She rubs shoulders with Hollywood celebrities, businessmen and even the Russian mob. It isn’t a happy ending however, with the FBI eventually arresting her.

Told through voiceovers and flashbacks, the tale is told in an engaging manner. You realise how shady showbiz, business and politics can be when you see the rise and fall of the underground poker games Bloom hosts for the big players. You also realise how success can take a toll on an individual when you see Bloom runs game after game, making lots of money and trying to keep herself together with drugs.

The 121 minute movie is captivating enough to hold your attention throughout, mainly because of the larger than life story it’s telling. Sorkin’s trademark rapid fire dialogue is evident here as the characters go about their conversations. You will be in awe seeing Bloom’s breathlessly exciting life unfold on screen. There is also a human element in the form of Bloom’s demanding father – the man is a crucial factor of how she lived her life.

Credit also goes to the impressive cast. Jessica Chastain takes on the responsibility of portraying Bloom. Dressed in outfits that show off her assets (the real life Bloom knows her customers’ taste well), the 40 year old actress is on form here. Throughout the movie, you will be fixated with Chastain’s charismatic portrayal of the gutsy woman, and empathise with her when she gives it her all to keep things together. This role may just earn Chastain her third Oscar nomination after The Help (2011) and Zero Dark Thirty (2012).

Idris Elba, who left critics awed by playing Nelson Mandela in Mandela: Long Walk to Freedom (2013), delivers another commendable performance as Bloom’s lawyer. The 40 year old actor, whose enigmatic voice we loved in Zootopia (2016) and The Jungle Book (2016), is effortlessly appealing in the movie. Kevin Costner takes on another prominent  father role after Man of Steel (2013), and is memorable despite the limited screen time. Elsewhere, Michael Cera (The Lego Batman Movie) plays a celebrity poker player, Brian d Arcy James (Mark Felt: The Man Who Brought Down the White House) plays a hedge fund manager and Chris O Dowd (The Program) plays a man who has shady dealings with the Russian mob.

For a movie that runs more than two hours, there are just enough elements to keep you entertained. 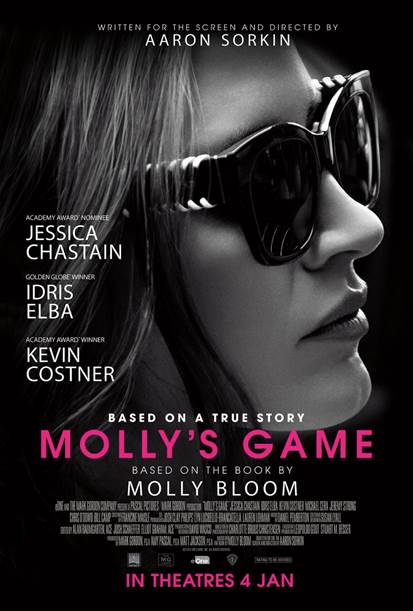 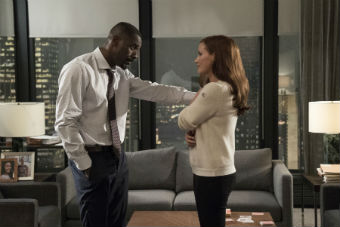 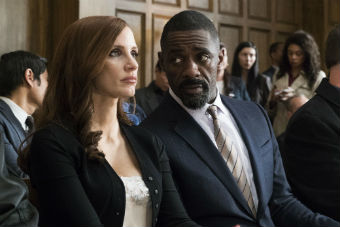 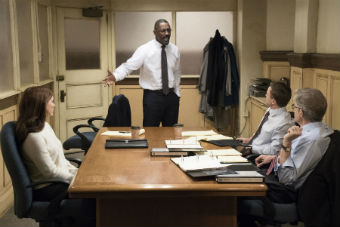 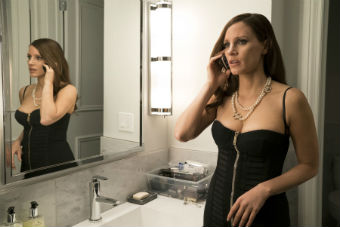 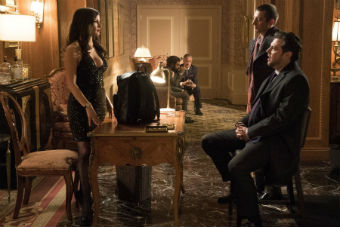 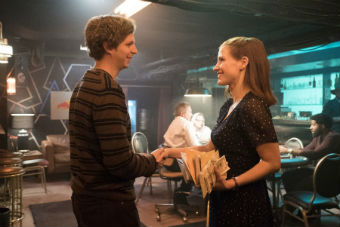