Did Superman need a reboot after his last big screen appearance in Bryan Singer’s ‘Superman Returns’? Not really in our opinion, even though the box-office reception to it was generally ‘meh’. Singer did not so much as reinterpret the character as create a movie that was in the spirit of Richard Donner’s iconic 1978 classic, misgauging modern-day audiences’ appetite for the clean-cut square-jawed superheroes of old. And so the task of making Superman relevant once again for the zeitgeist has fallen to Christopher Nolan, he who successfully rebooted another DC Comics character with a grim and gritty treatment under the banner of ‘The Dark Knight’.

Though ‘300’ and ‘Watchmen’ director Zack Synder is at the helm here, Nolan’s fingerprints are all over the material, serving not only as producer but also sharing story credit with his ‘Dark Knight’ scribe David S. Goyer. This is a Clark Kent conflicted with his Superman calling as much as Bruce Wayne was with his Batman persona, and the key struggle for Superman here is that tension between both his Kryptonian and Earthly identities - or to put it simply, though he was raised on Earth, Clark has always wrestled with the fact that he is not of this planet.

Such an existential dilemma has been explored in similar fashion in Marvel’s ‘X-Men’ movies (produced and/or directed by Singer ironically), but Goyer makes it personal, heartfelt and ultimately moving in a way that no other film has done. Employing a flashback structure not unlike that in ‘Batman Begins’, Goyer paints an intimate portrait of a unique individual whose innate nature and ability to do good is tempered by a genuine need for self-preservation. Nowhere is this more apparent than in a stirring sequence where a young Clark pushes an entire school-bus of his classmates to safety after their vehicle plunges into a raging ravine, only to be regarded with trepidation from the ones he saved and their loved ones as well.

“You're not just anyone,” Johnathan Kent (Kevin Costner) tells his adopted son. “You just have to decide what kind of man you want to grow up to be. Good or bad, that character will change the world.” So convinced was his father that the world was not ready for Clark that he would make the ultimate sacrifice just to preserve the latter’s identity, that singular demonstration of love counting as one of the most powerful emotional wallops in the film. And amidst the bombast you would expect of a summer blockbuster, there are many such heart-tugging moments to be found here, which lend a depth to the character that no other Superman film has been able to.

In building the emotional core of the movie, Synder makes some unlikely yet inspired casting choices. Costner and Diane Lane play Clark’s adoptive parents Johnathan and Martha, and both actors bring seemingly effortless warmth to their performances. There’s also Russell Crowe, who plays Clark’s biological father Jor-El, the Academy Award-winning actor injecting nobility and gravitas as Clark’s other fatherly figure motivating him to realise the destiny for which he is capable of. It is indeed rare to find such acting heavyweights willing to take up supporting roles, but no matter how Synder managed to convince them to do so, the dramatic tones they add to the film makes it all the very much better off for it.

One suspects that these actors might have signed up because of the creative liberties that Goyer has taken with the material in a studious attempt to ground mythology in reality. There’s no Kryptonite for one, and the Fortress of Solitude gets only a passing mention - but beyond these obvious revisions, Goyer makes bolder moves to find reason for just how Superman ended up with an ‘S’ on his suit, or for that matter, such a spandex suit in the first place. Just as significantly, he lets Clark and ‘Daily Planet’ reporter Lois Lane meet and fall in love even before the former joins the very newspaper, taking that familiar dynamic between Clark and Lois in a wholly different but entirely refreshing direction. There is both ingenuity and meticulousness in his revisionist plotting of familiar elements, even to the point of building credibility and reason into what could have easily been designed as a cardboard villain in General Zod.

Clearly inspired by Goyer’s reinterpretation as well as Nolan’s guiding hand, Synder delivers what in our opinion is his best work to date. There is little doubt of Synder’s ability to deliver visual spectacle, but his later works ‘Watchmen’ and ‘Sucker Punch’ have been criticised for being no more than empty spectacle. With Goyer’s character-driven script, Synder establishes a level of heart and profundity that has escaped even his best films thus far. Even though everything unfolds and has implications on a huge scale, there is always a personal quality to the storytelling - whether is it in terms of Clark’s own coming-to-terms with his identity or his budding romance with Lois - that ensures that the audience is always emotionally invested in the character.

That’s not to say that Synder has let up on what he does best; on the contrary, the visuals are simply astounding, especially so in the relentlessly thrilling action sequences. Aside from the messy prologue that sets up the destruction of Krypton, all the rest of the sequences pulse with an urgent rhythm that draws you in with bated breath and keeps you on the edge of your seat. That is particularly true for the second half of the movie that begins with an awesome decimation of Smallville and culminates in an exhilarating finale right in the heart of downtown Metropolis - despite going from one big set piece to another with nary any breathing space, it never for one second gets monotonous, with every subsequent piece upping the stakes from the last.

This is action filmed on a scale never before seen, the mano-a-mano between Superman and General Zod alone enough to rival everything you’ve seen so far in them Marvel superhero movies. Synder’s frequent use of handheld cameras also aids in reeling his audience closer to the scene of the action - and of course to our very superhero himself - without ever getting too frantic to make us lose sight of the bigger picture. And because unlike The Dark Knight, this caped crusader isn’t at all Earth-bound, the action pushes the boundaries of the laws of physics and makes the whole experience even more breathtaking than any of Nolan’s Batman movies have been able to accomplish.

Yet all that flying and smashing and ass-whooping would not be as stunning without an emotionally satisfying centre, embodied perfectly by British actor Henry Cavill as well as his complement Amy Adams. Cavill plays Superman as quiet, reserved and thoughtful without ever being angsty, while Adams has plenty of sass and spunk to spare as his romantic other half. Like we said earlier, their Clark and Lois isn’t what we would be well-acquainted with, but hey, if you’re going to do a reboot, you might as well be audacious in spinning the oft-familiar elements of the tale.

And that is what director Zack Synder, screenwriter David S. Goyer and producer Christopher Nolan have accomplished so beautifully in their rendition of the caped crusader. This ‘Man of Steel’ doesn’t just take flight - it soars.

(A near-perfect summer blockbuster with heart-stopping action and unexpected poignancy, this revisionist telling of Superman’s origins lives up to its titular character’s measure of mettle) 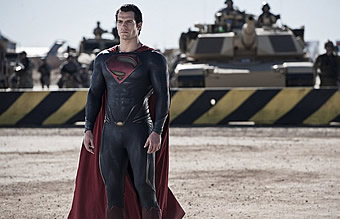 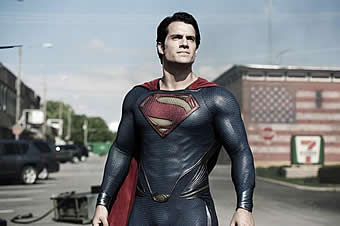 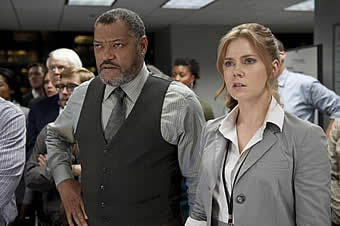 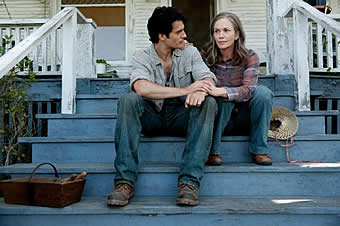 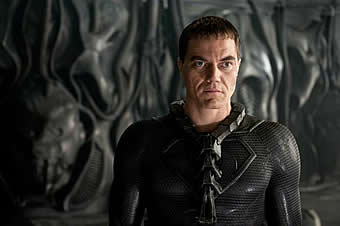