Synopsis: Li is a 30-year-old IT specialist, who is often overlooked by his co-workers except when he’s needed to resolve computer issues. Li had a crush on Zhao Ximan, a girl from the business department, but he only kept the feeling to himself. The company went on a year-end trip to Finland. At the end of the trip, Ximan found out that her secret boyfriend betrayed her. She went to ski alone and accidentally fell. The next day when she woke up in the hospital, temporary amnesia caused a loss of her memory for one day. As for Li, this is an unexpected chance, he made Ximan believe that they were in love. Before Ximan could recall all the memory, Li had one day to get close to her.

We seem to have seen this somewhere before. An ordinary guy whom no one notices is head over heels over a beautiful girl. During a trip, she gets temporary amnesia and he takes the opportunity to make her believe that they are a couple. The two of them spend very happy times together, but he knows this will end when she regains her memory the next day. Is there anything he can do at all to make sure the moments last?

This is the kind of movie that couples in love should enjoy watching together, reminding each other that love is about spending time with each other. There’s also no harm for single viewers to watch this with their potential partners, hoping that he or she will say yes to official courtship after the movie ends.

For viewers like this writer who do not belong to the abovementioned categories, it is best to embrace the romantic drama as a travelogue of sorts, as the plot does not really go any further than a Cinderella story where the male lead trying to live out his dreams before the magic disappears. Otherwise, you can also enjoy the eye candy in the form of the very pretty Angelababy.

Li Hongchi portrays Fei Li, a wholesome character which is extremely different from his previous roles (we know him from gritty movies like Thanatos, Drunk and Cities of Last Things). He plays a shy IT technician who describes himself as a “tool man” – someone who gets called on and appreciated when he after fixing something, but conveniently forgotten shortly after. Enter Ximan, the new girl in the office (Angelababy) who is not only beautiful and kind - she remembers Fei Li’s name and makes him feel seen, making her the perfect girl in Fei Li’s world.

What happens next is somewhat bizarre (but sweet to the die-hard romantics). The two go on a company trip to Finlandand Ximan gets into an accident. Having wished that he can be Ximan’s boyfriend even if it was just a day, Fei Li works his way into Ximan’s heart during her temporary memory loss. They spend time at picturesque spots (she really wants to see the Northen Lights), have fun with a group of Santa Clauses, and share some romantic moments in the snow.

Of course, the 100 minute runtime also includes how the two characters deal with the consequences after Ximan regains her memory. Emotional viewers may tear up a few times, but there’s nothing a mid credit scene can’t fix. To the cynical audiences, the plot development is predictable. But if you can find joy in seeing the breathtaking sights of Finlandon the big screen (especially during this pandemic when there are travel bans), this is an agreeable movie to catch. Just don’t start questioning how Angelababy can still look that dazzling after all the mishaps along the trip.

(A movie for die-hard romantics, people who want to see Finland on the big screen, and fans of the dazzling Angelababy) 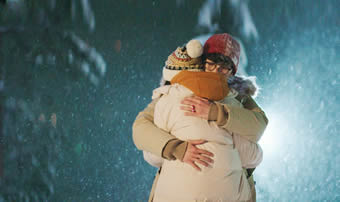 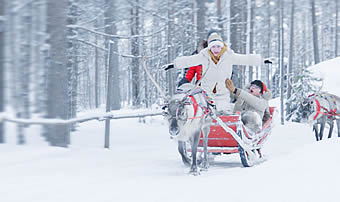 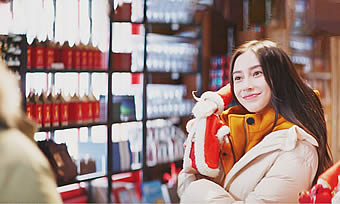 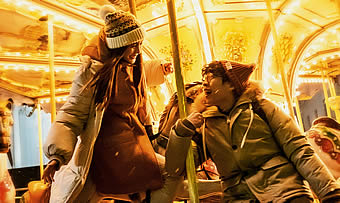 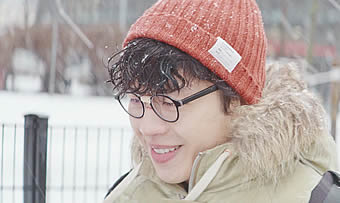