Synopsis: College student Shi has a terminal illness. There are experiences she knows she’ll probably never have, like falling in love. So when an old high school crush named Gong suddenly resurfaces, she is surprised and swept away by his interest in her. Because side effects of her medication cause Shi to suffer short-term memory loss, she recounts everything onto cassette tape to remember the details of their precious time together. With Gong, she feels true joy. In spite of her condition, Shi looks at life with hope. But Shi doesn’t know that her mother, wishing to give her a chance to experience romance before it’s too late, hired Gong to pursue her. Resistant at first to fulfill the strange request, Gong ultimately relented because he needed the money. To him, it was supposed to be a straightforward business transaction. When Shi’s mother finds out that Gong encouraged Shi to pursue her dream of being a dancer, she angrily confronts him. Knowing that dancing could kill her, Shi’s mother tells Gong to call off their deal. But no one could have anticipated that Gong would begin to care deeply about Shi, that their lives, dreams, and passions would begin to intertwine. Breaking it off would have been easy before but now, everything is different…because Gong has already fallen in love with Shi…

Girl is sick. No thanks to a parent’s ploy, boy enters girl’s life to make her experience the ecstasy of love. Boy and girl fall in love (for real) eventually. An all too familiar plot? Yes, it’s a formula which has worked for countless Korean movies. That same formula is applied in Han Yan’s romance drama here. Wait, the 103 minute production is actually based on a Korean weepie – hence the resemblance in story structure.

The pretty Angelababy (Love in Space, All’s Well Ends Well 2011) and the good looking Mark Chao (LOVE, Mark Chao) headline this story about a girl who is suffering from a terminal disease and a boy who changes her life forever. The girl’s mother, whose noble intention is to give her daughter an experience of falling in love, hires the boy to “fall in love” with the girl. He encourages her to pursue her dream, knowing that it could cost her to die. How will this tragic tale of love turn out?

A tearjerking ending is in store, for sure.

Cynics like this columnist will know how the plot develops, and will probably scoff at the coincidences the writers have injected into the screenplay. But what one cannot deny is how pretty this film looks. Not only does the camera capture the two stars in good light, it manages to transport audiences into a dream like world where everything is picture perfect. Couple that with the couple’s very committed performances, and you get a very predictable but beautiful film which is easy on the eyes.

To be fair, one can see the improvement in Angelababy’s acting in her latest project, as she sheds the undesirable image of a pretty flower vase. Chao tries his hand at something different too, playing a rock star wannabe here. The Taiwanese actor performs his own songs in the movie and belts out tunes which are easy going on the ears. We wish there was an edgier side to the portrayal to his character though. When put together, the chemistry between the two work well for a movie of this nature.

Angelababy and Chao do their best to engage viewers, but it is the supporting characters who steal the show in this otherwise passable romance flick. Chao’s real life father Allen Chao plays his reel life father, and the two hit it off naturally. Mainland Chinese actress Jiang Shan plays Angelababy’s mother, and one feels the helpless emotions the character feels.

Han also tries to impress his audiences in other ways. The film uses comic strips to tell its story occasionally, creating a dreamy effect that complements the genre of the movie. Through the halfway mark, the filmmaker also tries something different by rewinding the story and telling it from another character’s perspective. Though a little gimmicky, the style works as it grabs exhausted viewers’ attention and providing them a possibility that the film may take a different direction.

Does it? Judging by how successful Korean movies are, you wouldn’t think so. 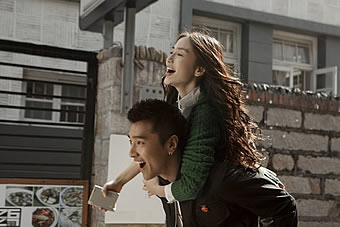 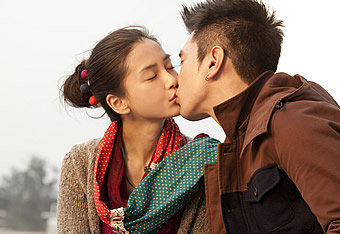 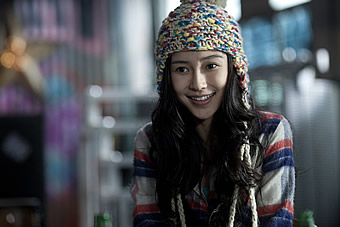 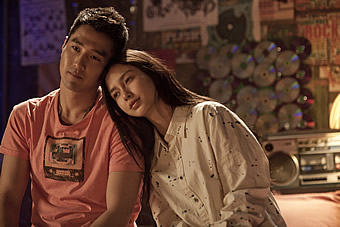