Synopsis: An artistic young man with dreams of becoming a film director, GU (Chen He), meets a beautiful, young model, XIAOXI (Angelababy), over his mobile messaging app. His good friend, A-GUA, also meets a new girlfriend on the mobile app who aspires to become an actress. Everything seems perfectly fine until… When A-Gua introduces Gu to a powerful movie investor, they begin to experience the dramatic impact that chance encounters have on their lives. The investor’s creative demands over the film spark a dispute between A-Gua and Gu, and allows A-Gua’s opportunistic girlfriend to leave him for the cinematographer, becoming the new lead actress. This is just the beginning of the chain of events set in motion by the subtle influences of the people around them. LOVE ON THE CLOUD explores life and love in modern Beijing where for better or for worse, this age of mobile connectivity only magnifies life’s unexpected encounters and surprise.

Under the guise of a “searing look inside love in modern Beijing’, Gu Changwei has fashioned a satire on the moviemaking industry in China. Indeed, while it may be sold as a love story set in an age of mobile connectivity, ‘Love on the Cloud’ is really about how the industry is increasingly driven – at the expense of artistic integrity and some would say, merit – by investors to turn over the kind of profit that runaway hits like ‘Lost in Thailand’ or ‘Let the Bullets Fly’ did for theirs.

And so, Gu finds his voice in the lead protagonist Sha Guo (Chen He), an aspiring screenwriter whose latest screenplay is the lyrically titled ‘Lone Wolf in the Wilderness’. In the opening scene, Sha Guo has just met with a wealthy investor named Mrs Ma, who begins by expressing interest to invest $8 million into turning the script into a feature film on one condition – she owns a cattle farm in Inner Mongolia and wishes for a change in scenery so that the film would be set against that backdrop. Overcome with elation that anyone would even bother with their independent film, Sha Guo and his two buddies – one an actor named Xiao Gua (Zhang Luyi) and the other a cinematographer named Chen Xi, who form the appropriately named ‘Three Dreamers’ – rent a small one-room apartment in a well-known artists’ enclave and begin writing the film that their investor wants to see.

If only it were that straightforward – with every script change to accommodate their principal investor Mrs Ma’s request comes yet another order to amend or incorporate something else into the script, so much so that at one point what started out as a romance turns into a horror thriller, much to Sha Guo’s chagrin of course. Yet every revision is reinforced somewhat by the promise of a bigger investment, until of course it gets so huge that Sha Guo and his buddies are bought out of the entire film altogether by a consortium of investors that Mrs Ma had assembled. Yes, this is as much satire as it is a cautionary tale for wannabe filmmakers in China – and it says enough that neither Gu nor his friends are eventually credited with the final product, which of course bears little to no resemblance with how the project had started.

Unfortunately, Gu seems faced with a similar dilemma as his protagonist. You see, a film based on just this single cry from the artistic community may be enough to attract like-minded professionals, but it certainly won’t sell a movie. So instead his scriptwriter Gu Wei has wrapped their critique of the commercialisation of moviemaking around a love story between Sha Guo and a beautiful young model Xiaoxi (Angelababy) whom he first meets on WeChat, their meet-cute happening over a Chinese Shar-Pei dog left by Xiaoxi’s ex-boyfriend which she asks Sha Guo (whose WeChat nickname happens to be that dog breed) to take care of while she goes away for an photoshoot assignment.

Because of the nature of Xiaoxi’s work, much of their romance is played out over WeChat text and audio messages, which as customary to a youth-oriented film like this, appears as super-impositions on the screen, complete with plenty of cutesy emoticons. Like we said, Gu needed to find a hook to draw his audience in, and quite possibly due to commercial pressures, has inserted a half-hearted love story which really doesn’t go anywhere. Not even Angelababy’s vivacious performance nor Chen He’s more subdued complement manages to convince that their attraction goes beyond the former’s ‘Shar Pi’ or their mutual exchange of words and recordings.

And in his fourth directorial outing, renowned cinematographer Gu opts for a complete change in tone and pace from his previous three serious-minded dramas. With sped-up frames and rapid-fire editing, Gu aims for a madcap style of comedy that is clearly meant to be over-the-top; nonetheless, his scripting can’t quite catch up by the half-hour mark, so much so that what energy he tries to build at the start quickly fizzles out as the antics get increasingly repetitive and come off ingratiating. Gu also fails to tread the fine line between satire and caricature, and unfortunately most of the characters – and his scenarios – come off the latter than the former.

In a case of life imitating art, Gu’s own film seems to be a victim of the very same pressures that he has tried to portray. What is really intended as a parody of how artists have lost their integrity at the whims and fancies of their commercial investors has been packaged by way of a modern-day romance set in the age of mobile devices and WeChats, which in the process has dulled its satirical wit with broad slapstick that not even cameos by real-life stars Jiang Wu, Wang Baoqiang and Zhang Wen can redeem. No matter that it decides to take a self-serious turn towards the end, by that point not even a personal tragedy can get this farce’s own head out of the clouds.

(Neither a witty satire on the commercialisation of moviemaking nor a lively rom-com, this half-hearted film is, as its title suggests, pure fluff) 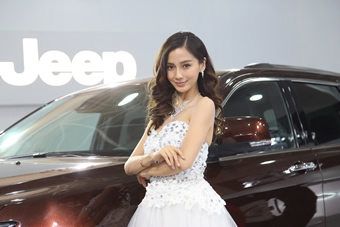 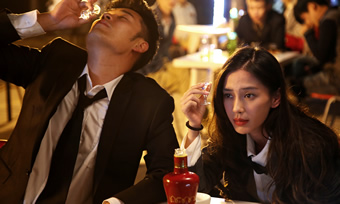 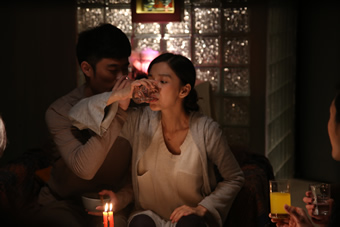 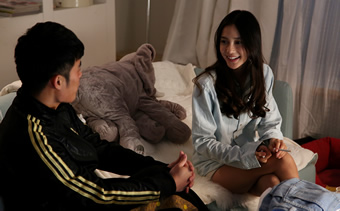 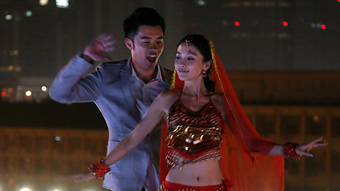 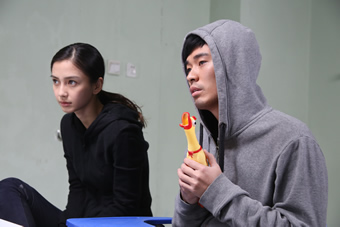