Synopsis: In order to stop his bad dreams, a young boy steals a dreamcatcher from a mysterious neighbour forcing his family to rescue him from a nightmarish entity.

If there was ever a reason not to head to the cinemas during this COVID-19 pandemic, ‘Dreamkatcher’ will certainly be among one of them.

In spite of a perfectly respectable cast comprising Radha Mitchell (from ‘Silent Hill’), Lin Shaye (from the ‘Insidious’ film series) and Henry Thomas (from Netflix’s ‘The Haunting of Hill House’), ‘Dreamkatcher’ is dull, dumb and derivative.

To be fair, there is nothing wrong with its setup: a young boy who is haunted by a supernatural entity claiming to be the ghost of his mother, while trying to get along with his new stepmother, in an isolated house in the woods. But in the hands of first-time feature filmmaker Kerry Harris, what promise of a gripping yarn ends up fading away inexorably by the end of the first act.

Indeed, there are no shortages of clichés by that time. Said boy Josh (Finlay Wojtak-Hissong) resents his stepmother Gail (Mitchell); Josh’s father and Gail’s boyfriend Luke (Thomas) is suddenly called back into the city for work, leaving Gail and Josh alone in the house; and the house being where Josh’s mother had last been alive, before drowning in the nearby lake just two years ago.

While we’re at it, we should add that Shaye plays the local mystic Ruth, whose warnings turn out to be more than the random utterings of a ‘crazy old lady’. In particular, it should come as no surprise that Ruth’s admonition of the dreamcatcher that Josh had stolen from her backyard turns out to be true – that the device holds evil within its very hoop and strings.

Nor should it be surprising that the visions that Josh have while clutching the dreamcatcher in bed are not actually that of his mother, but rather the conjurings of the evil entity who exerts its power and influence through the trap. In what is undeniably a lazily convenient exposition device, Ruth narrates just what malevolence the entity within the dreamcatcher has wrought, setting up what will happen next to Josh as well as that of his family.

Despite clocking in at slightly less than one-and-a-half hours, the film feels much, much longer, as it struggles to stretch its paper-thin narrative and equally shallow characters. There is little texture to the relationship between Gail and Josh to earn our sympathy for either or both of them; likewise, there is little emotional depth to Josh’s relationship with his mother, such that we would believe he can be coaxed into doing her spirit’s bidding.

That Luke disappears for more than half the film and conveniently reappears just as the movie heads into its final act is also equally laughable. Equally non-existent is the relationship between father and son, such that we end up feeling nonchalant when the latter ends up dismembering the former during a walk in the woods. It’s telling that we are utterly disengaged from Josh’s predicament, but that simply goes to show how the storytelling has failed to capture our attention.

There is also hardly a decent scare to be found, notwithstanding how Harris distinctly avoids the type that jumps at you. Most of the frightening images consist of Josh’s mother looking rotted away after having spent too much time dead at the bottom of the lake, and there is little by way of atmosphere or suspense given how dreary the build-up is. It doesn’t help that Finlay Wojtak-Hissong’s acting leaves us wanting, unable to carry the range of emotions, even basic empathy, that we will need to identify with his character’s circumstances.

Not even Mitchell, as hard as she tries, ends up being good enough reason for us to step into the cinema for this movie. Like we said, COVID-19 or not, this is one movie you’d be advised to stay out of the theatres, and even out of streaming. Never mind that its ideas ain’t new; the least you’d expect out of a derivative horror movie is for it to be engaging, but with such a thin plot and even thinner characters, the only thing this ‘Dreamkatcher’ will catch is your ire.

(The only thing this 'Dreamkatcher' will catch is your ire) 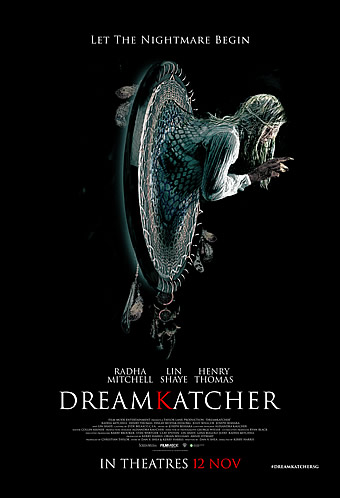 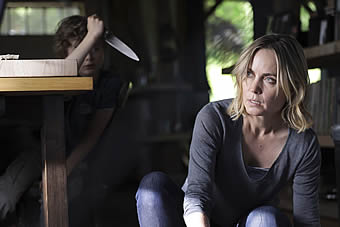 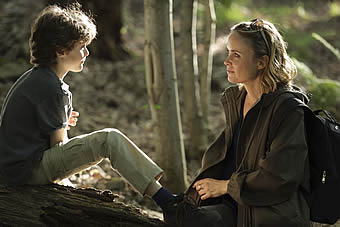 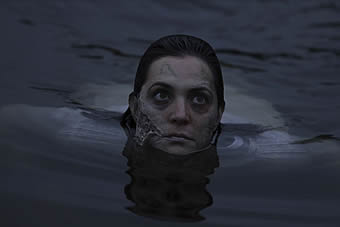 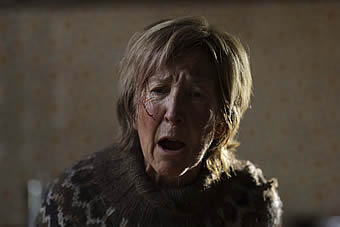 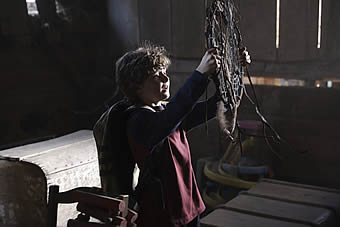 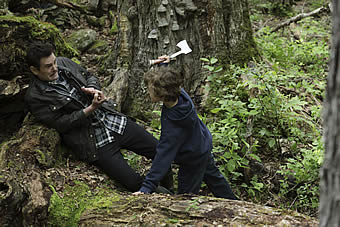