Synopsis: Following 3 years of unrelenting search, Tian Wenjun and ex-wife Lu Xiaojuan finally locate their abducted son in a remote village. After the boy was violently taken away from the village, the heartbroken foster mother Li Hongqin goes on a lone journey to get him (and her other child) back.

Peter Chan is one of this reviewer’s favourite filmmakers. The 51 year old manages to strike a very nice balance between commerce and art in his works. He has directed some notable movies which defined Hong Kong’s film industry in the 1990s, including Tom, Dick and Hairy (1993), He’s a Woman, She’s a Man (1994) and Comrades, Almost A Love Story (1996). In recent years, his Perhaps Love (2005) and The Warlords (2007) are so dramatically engaging, you’d ponder how much of reel life reflects real life. Besides directing, the Hong Kongborn has also produced films like Golden Chicken (2002) and Protégé (2007).

In his latest work, the respected filmmaker shows us how great a storyteller he is. Based on a true story, we begin the film with the child of divorced parents (Huang Bo and Hao Lei) accidentally going missing. The father goes on a painstaking search dodging frauds and joining a support group dedicated to give strength to parents of lost children. When the child is found years later, he has been brought up by a woman in a village (Vicki Zhao) and has gotten used to knowing her as his mother. To make matters more complex, the woman has another child who was abandoned and who was also brought up by her. How will this melodrama end?

The 123 minute film is actually two intertwined stories. The first half is about the child’s parents, who are victims, going after the villain. In the second half, the “villain” turns out to be even a bigger victim. This gives us an insight into life and the duality of things - you can’t really judge and simply classify who the victims and villains are in today’s complicated society.

The highest draw about this production is how emotionally involving the story is. The twists and turns of the screenplay written by Zhang Ji (who wrote Chan’s last film American Dreams in China) are well balanced and calculated and make the tale very gripping on an entertaining level as well. It may be inappropriate to use the term “entertaining” on an issue as grim as child abduction, but this is indeed a social problem that is increasingly of concern.

The film impresses with its ugly vision of child abduction in contemporary China. You get to see how Chinese urbanites, broadcasting their pleas for any information about their children on TV and the Internet, get inundated by hundreds of calls from people who all claim they can help as long as they are paid first — with some even passing off other kids as the lost child. It is also interesting to see how the filmmakers showing how social media helps spread info to help a hopeless parent in his search.

The film’s production values are commendable: you see the camera lingering on irrelevant details like neighborhood cats looking lost in the gutter, chewing gum stuck to an overhead power line and teenagers arguing in the Internet café. The masterful Chan uses these elements to set up his story, and succeeds greatly.

He also has a very capable cast to work with. Huang (Crazy Stone, Black & White: The Dawn of Justice), Hao (SummerPalace, The Golden Era) and Zhao (Mulan, Painted Skin: The Resurrection) deliver pitch perfect performances. Supporting roles played by Tong Dawei, Zhang Yi and Kitty Zhang will also tug at your heartstrings, making this one of the most memorable Asian films in 2014.

(Not only does the film tell an intricate story on child abduction, it is an excellent look at social prejudices in China, making it one of the best works we have seen in 2014) 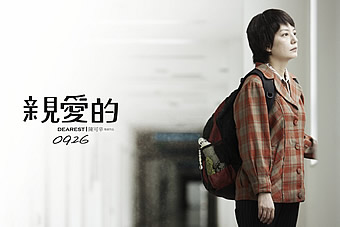 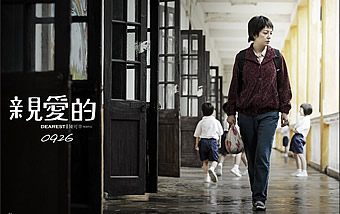 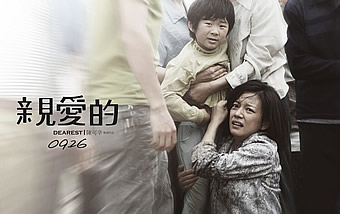